Russia invaded Ukraine on February 24 in what the Kremlin is calling a "special military operation".
By Lee Bullen July 1, 2022
Facebook
Twitter
Linkedin
Email 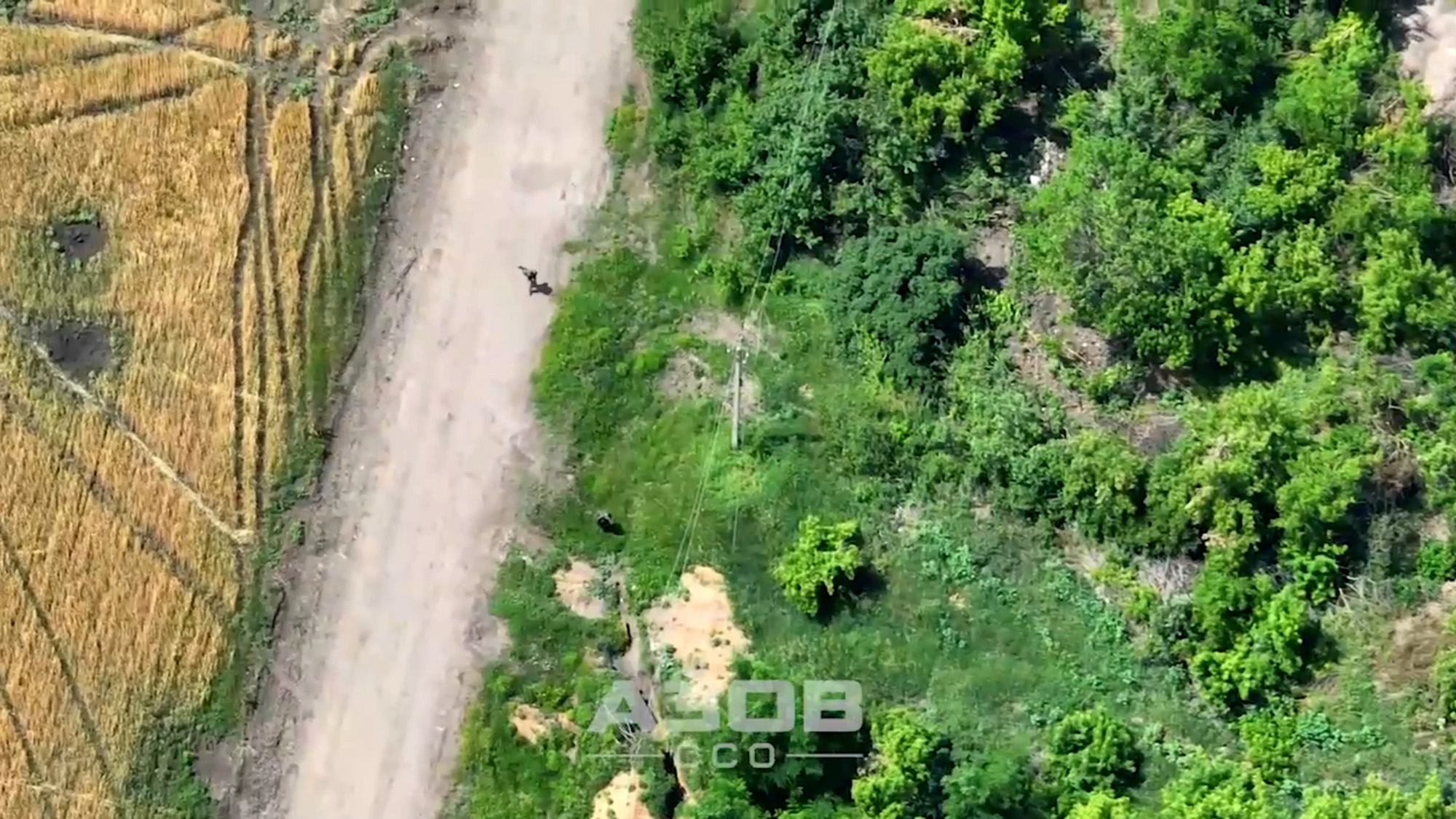 Soldiers of the Azov Special Purpose Regiment destroyed a dugout of the Russian military with the help of a combat drone, in Ukraine, in June 2022. (@slipo_ck/Zenger).

Ukrainian troops used a drone to drop a bomb on two Russian soldiers sheltering in a trench, as these images show.

Zhorin said: “This is a short story about two occupiers who got lost on Ukrainian soil. The second company of the second battalion of SSO Azov helped them find their way home.”

The aerial footage shows two Russian soldiers entering a trench before a missile falls from the drone and apparently blasts their position.

We contacted the Special Operations Forces for further comment, as well as the Russian Ministry of Defense, but haven’t received a reply at the time of writing.

Russia invaded Ukraine on February 24 in what the Kremlin is calling a “special military operation”. June 30 marks the 126th day of the invasion.

U.S. President Joe Biden congratulated the three countries, saying: “Congratulations to Finland, Sweden, and Turkey on signing a trilateral memorandum – a crucial step towards a NATO invite to Finland and Sweden, which will strengthen our Alliance and bolster our collective security – and a great way to begin the Summit.”

The Russian bombing on a shopping mall in the central Ukrainian city of Kremenchuk has been described by President Zelenskyy as one of the “most brazen terrorist acts in European history”. Over 1,000 people are said to have been inside the building when it was hit by missiles.

Ukrainian President Volodymyr Zelenskyy has urged the United Nations to visit the site and has demanded that Russia be expelled as a permanent member of the UN Security Council, accusing the country of having become a “terrorist state”.