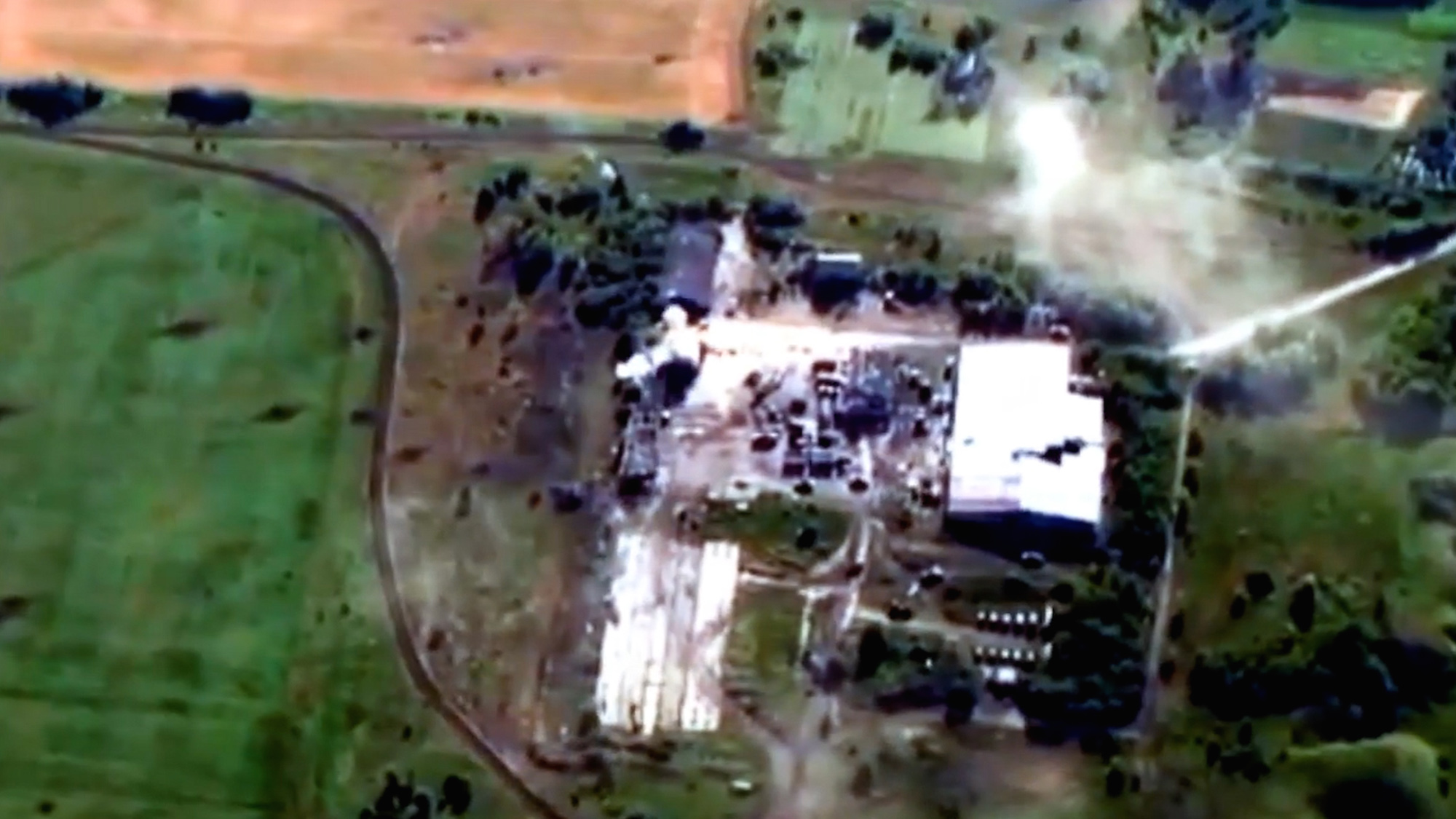 A site holding Russian military equipment was reportedly rocked by a series of explosions following artillery strikes by Ukrainian forces.

The footage starts with several plumes of smoke appearing in quick succession in and around the site and ends with a fire raging as a thick, black cloud rises.

The DShV said: “The occupiers suffer another loss: DShV and Ukrainian Ground Forces artillery once again ‘covered’ an area of &ZeroWidthSpace;&ZeroWidthSpace;concentration of enemy equipment.

“As previously reported, the enemy suffered casualties during the destruction of weapons and military equipment in an area of concentration. However, units of the Armed Forces of Ukraine do not give the aggressor time to rest.

“After reconnaissance operations, artillery units of the Air Assault Forces and the Ground Forces of the Armed Forces of Ukraine started a fire on a base of concentration and maintenance of enemy military equipment.

“We continue to perform combat missions and destroy the enemies of Ukraine!

“Death to the Russian occupiers! Together to victory! Glory to Ukraine!”

The DShV did not specify where in Ukraine the strikes took place.

We contacted the Ukrainian Air Assault Forces for further comment, as well as the Russian Defense Ministry, but haven’t received a reply at the time of writing.

Putin said: “If Finland and Sweden wish to, they can join. That’s up to them. They can join whatever they want.”

But he added: “If military contingents and military infrastructure were deployed there, we would be obliged to respond symmetrically and raise the same threats for those territories where threats have arisen for us.”

The Russian missile strike on a shopping mall in the central Ukrainian city of Kremenchuk has been described by Ukrainian President Volodymyr Zelenskyy as one of the “most brazen terrorist acts in European history.” Over 1,000 people are said to have been inside the building when it was hit by missiles. Eighteen people have so far been confirmed dead.

Russia claimed on Tuesday, June 28 that it had hit a nearby weapons depot, with the explosion sparking the shopping mall blaze.