The video was obtained from the Command of the Assault Troops of the Armed Forces of Ukraine.
By Joseph Golder June 30, 2022
Facebook
Twitter
Linkedin
Email 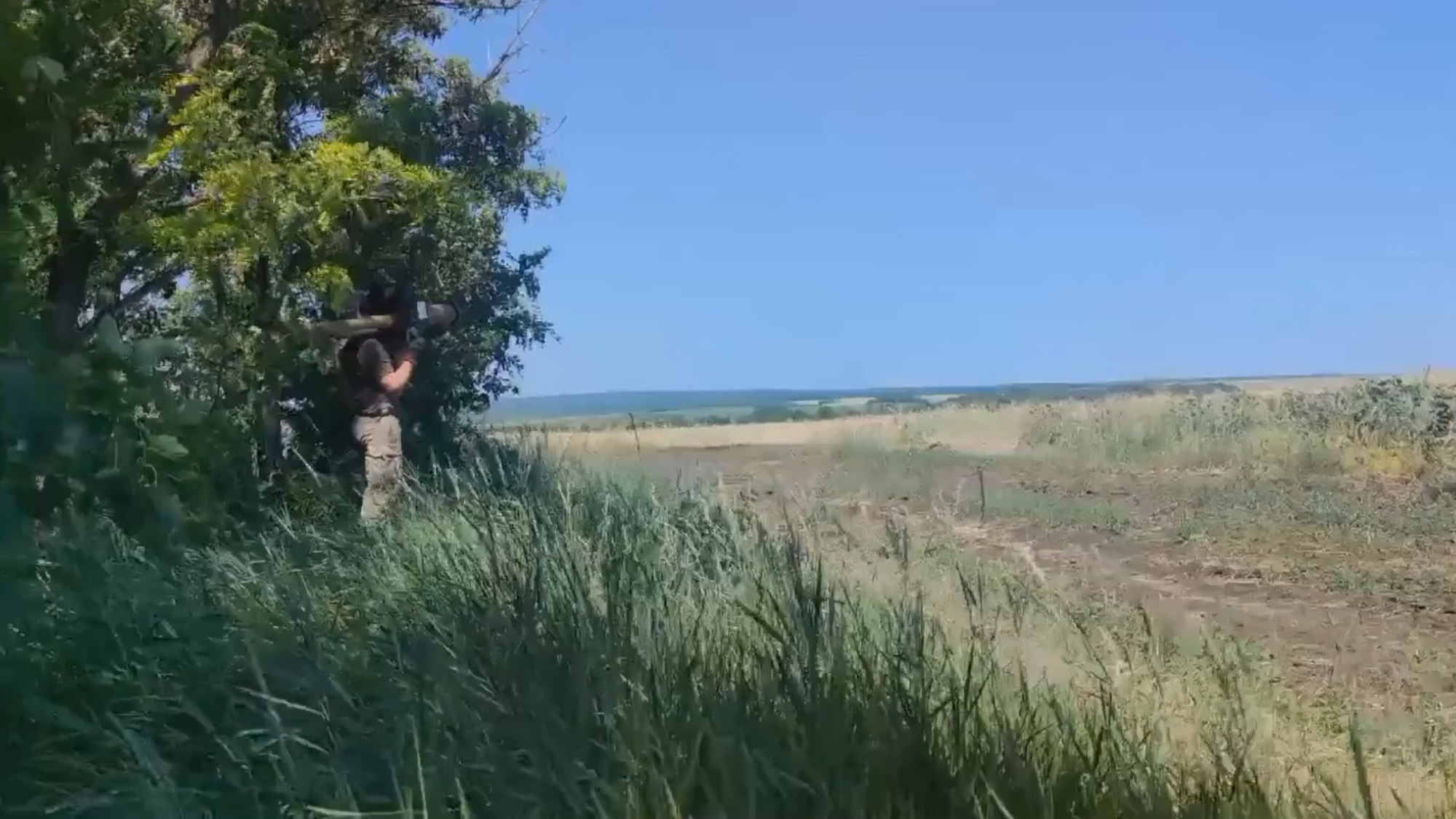 Zhytomyr paratroopers from the 95th brigade shot down a Russian attack helicopter Ka-52 Alligator with the help of Starstreak MANPADS. (@www.dshv.mil.gov.ua/Zenger)

A Ukrainian paratrooper shot down a Russian attack helicopter with a well-aimed shot from a British-made Starstreak rocket launcher.

A Ukrainian soldier is standing by some trees along with the shoulder-held Starstreak rocket launcher, as can be seen from these images. He fires his weapon at what appears to be a Russian attack helicopter in the distance.

After a few seconds, the missile appears to hit the helicopter, bringing it down as the Ukrainian soldiers cheer.

The soldiers can be heard saying (in Ukrainian): “It hit! You hit it! Good boy! F**king beautiful! You hit it! It’s going down, we will see smoke now. Fall, you b*tch! Let us see the smoke!”

The footage was obtained from the Command of the Assault Troops of the Armed Forces of Ukraine on the morning of Tuesday, June 28, along with a statement saying: “Zhytomyr paratroopers shot down a Russian Ka-52 reconnaissance and attack helicopter.

“A Russian Ka-52 Alligator reconnaissance and strike helicopter was shot down by a serviceman of the 95th Airborne Assault Brigade of the Armed Forces of Ukraine using the Starstreak MANPADS [missile system].”

They signed off with a “Slava Ukraini!” (“Glory to Ukraine!”).

The footage was also relayed by the Ministry of Defense of Ukraine, along with a statement saying: “With a well-aimed shot from the Stasrstreak MANPADS, our 95th Airborne Assault Brigade landed a Ka-52 helicopter of the occupiers!

“There is no place for Russian invaders in Ukraine. Beat the enemy on all fronts! We will win!”

They also said the footage showed the “spectacular ‘landing’ of the Russian ‘Alligator’.”

The Russian-built Kamow Ka-52 “Alligator” is a versatile attack helicopter that is a modified variant of the Ka-50 “Black Shark.”

Starstreak is a British, short-range, surface-to-air missile system that is often deployed as a man-portable air-defense system (MANPADS).

The UK is providing Ukraine with Starstreak systems, the UK Defense Secretary, Ben Wallace, told the House of Commons on April 25.

We contacted the Command of the Assault Troops of the Armed Forces of Ukraine for further comment, as well as the Russian Ministry of Defense, but haven’t received a reply at the time of writing.

The Russian strike on a shopping mall in the central Ukrainian city of Kremenchuk has been described by Ukrainian President Volodymur Zelenskyy as one of the “most brazen terrorist acts in European history.” Over 1,000 people are said to have been inside the building when it was hit by missiles.

The United Kingdom and the United States, as well as Japan and Canada, are banning imports of Russian gold. British Prime Minister Boris Johnson said that the ban will “strike at the heart of Putin’s war machine”.

British Prime Minister Boris Johnson says the Russian invasion of Ukraine has had a significant effect on the cost of living around the world.