The footage shows what appears to be a farmhouse with a group of vehicles surrounding it and somewhat camouflaged by dugouts.
By Joseph Golder June 30, 2022
Facebook
Twitter
Linkedin
Email 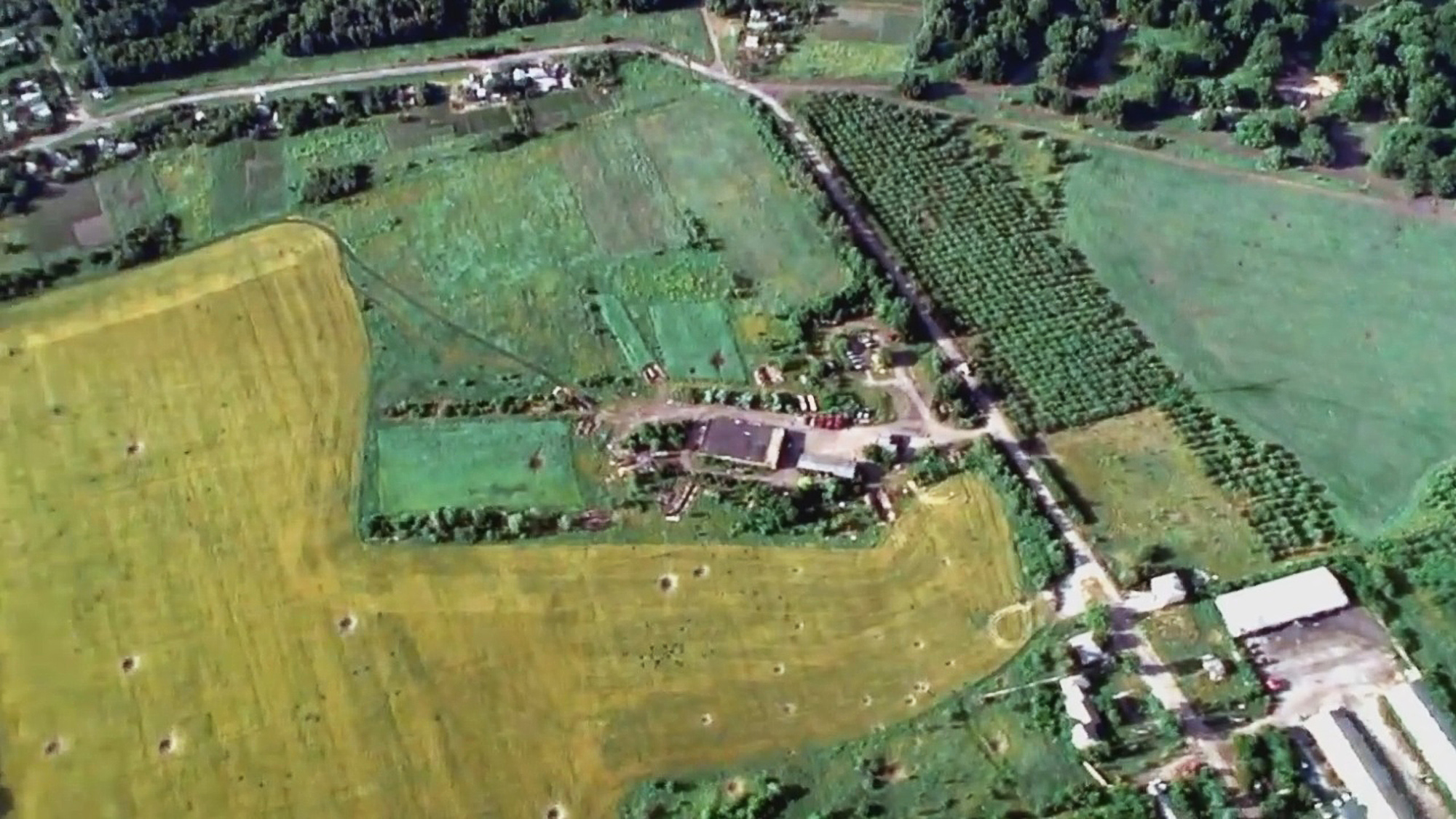 Artillery units of the Air assault troops of the Armed Forces of Ukraine are destroying Russian occupiers vehicles in Ukraine. (@www.dshv.mil.gov.ua/Zenger)

The footage shows what appears to be a farmhouse with a group of vehicles surrounding it and somewhat camouflaged by dugouts. The area appears to be repeatedly hit, with smoke rising into the air as the footage ends.

“In one of the areas of hostilities, after the paratroopers conducted additional reconnaissance, an accumulation of enemy vehicles was found.

“After that, artillery joined the cause. According to the calculations, fire damage was inflicted and several trucks of the invaders were destroyed.

The images were also relayed by the Strategic Communications Department (StratCom) of the Armed Forces of Ukraine.