Bridget McCarty, 37, creates miniature film sets so detailed you wouldn’t even know they were fake. 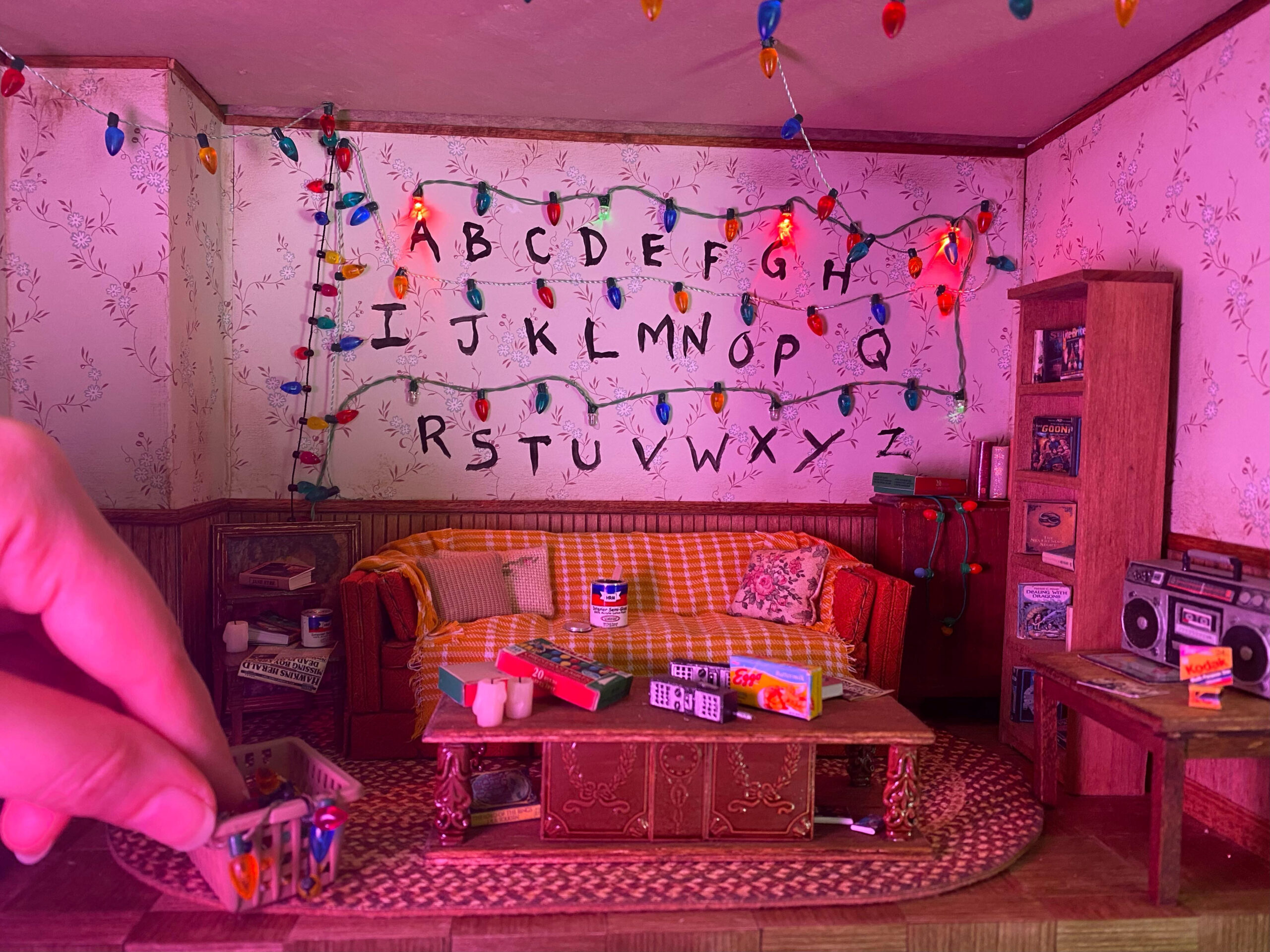 An artist has created a lifelike miniature Stranger Things house ahead of next week’s much anticipated season finale.

Bridget McCarty, 37, creates miniature film sets so detailed you wouldn’t even know they were fake.

In the past, she has covered everything from Friends to Harry Potter – and she has now depicted the house from the hit show Stranger Things to add to the collection.

Bridget, from Los Angeles, worked on the masterpiece for more than 80 hours.

And she even made a tiny box of Eggos – waffles that the character Eleven famously loves.

Bridget, whose full-time job is making miniature art, said: “I didn’t initially watch the show, so I wanted to see what the whole buzz was about.

“This one took two weeks to create – it’s hard to put it down when you are really excited about the final result.”

The piece was created just in time for Netflix’s release of the season 4 finale next week, on July 1.

The dimensions of the tiny room are 13 inches wide by 11 inches tall by 8 inches deep.

And she made the sofa out of cotton fabrics and foam “to give it the puffy sofa look.”

She said: “The trickiest part was the radio and walkie-talkies.

“I had the pieces 3D printed to save time and get the best accuracy. I later sand and paint them to look like the real thing.”

Bridget says making miniature sets started as a hobby – but it became her full-time job when people started queuing up demanding to buy her pieces.

She said: “Creating miniatures can really take you away to another world. They can be made from anything you can imagine.”

She was inspired by her grandmother, who used to collect miniature items whenever she traveled.

It started as a hobby, but when she started visiting conventions and set up a small online shop, demand for her tiny scenes meant it soon became a full-time job.

She said: “Sometimes, you can go to the craft store and your mind will be blown by ideas.”

Her tiny sets take up to a month for one project – or even longer if she juggles several at once.

Bridget’s inspiration most commonly comes from her favorite TV shows as well as theme parks and attractions she visits – on this occasion, Stranger Things.

Now, her tiny scenes and other tiny items are becoming more and more popular.

She said: “I love having a finished piece and knowing I used my best skills to create it.

“I know the scale is correct. Followers love to see photos of my work.

“It can really take you away to another world and inspire many more people.”

Now that this project is complete, she has already begun planning her next one after followers begged her.

Bridget said: “A lot of fans comment that they want to see Coraline in miniature. I think it may be my next project.”