The 'Z' is one of the symbols, as well as the letters 'V' and 'O,' that can be seen painted on Russian military vehicles.
By Joseph Golder June 30, 2022
Facebook
Twitter
Linkedin
Email 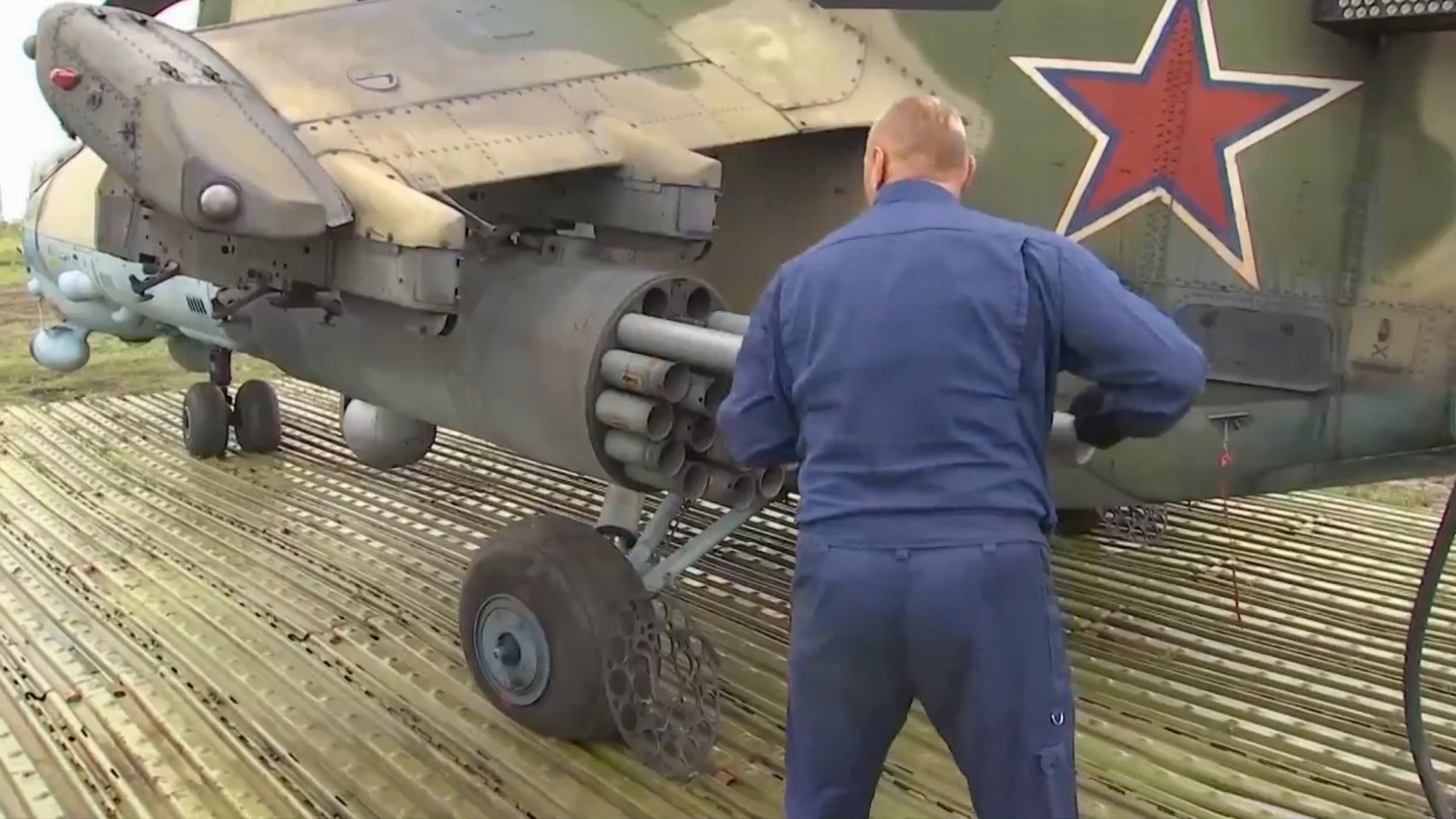 Combat work of the crews of the Mi-35 multi-purpose attack helicopters during the NWO. (Ministry of Defense of Russia/Zenger)

These images purport to show a Russian attack helicopter gunship conducting military operations, with the Russian authorities claiming that they had destroyed Ukrainian targets.

The footage, obtained from the Russian Ministry of Defense (MoD), allegedly shows the helicopter, a Russian Mi-35 gunship, being loaded with ordnance before it takes off.

It can then reportedly be seen flying low somewhere in Ukraine before the images cut to the cockpit and show the aircraft apparently opening fire on unseen targets.

The footage then appears to show another helicopter firing missiles in front of the Mi-35, but it is currently unclear if it was a Russian or a Ukrainian helicopter.

The Mi-35 helicopter, sporting a white ‘Z’ on its side, can then be seen coming in to land before the footage ends.

The ‘Z’ is one of the symbols, as well as the letters ‘V’ and ‘O,’ that can be seen painted on Russian military vehicles taking part in the invasion of Ukraine.

The Mi-35 is the export version of the Mi-24 Russian gunship. It has been called a “flying tank” and often bears the nickname “Crocodile”.

The Russian MoD said in a short statement that the footage shows “the combat work of the crews of the Mi-35 multi-purpose attack helicopters of the Western Military District army aviation during a special military operation.

“As a result of regular combat missions, command posts and armored vehicles of the Armed Forces of Ukraine units were destroyed.”

An alleged soldier, named only as Nikolay, the crew commander of the Mi-35 helicopter, is quoted in the Russian MoD statement as saying: “Everything that happens in the air, you begin to comprehend only on the ground. And when you work, you just do your combat mission. All military personnel have a dangerous job. We are used to it. We are working. Victory will be ours!”