The video was obtained from the Russian Ministry of Defense.
By Joseph Golder June 30, 2022
Facebook
Twitter
Linkedin
Email 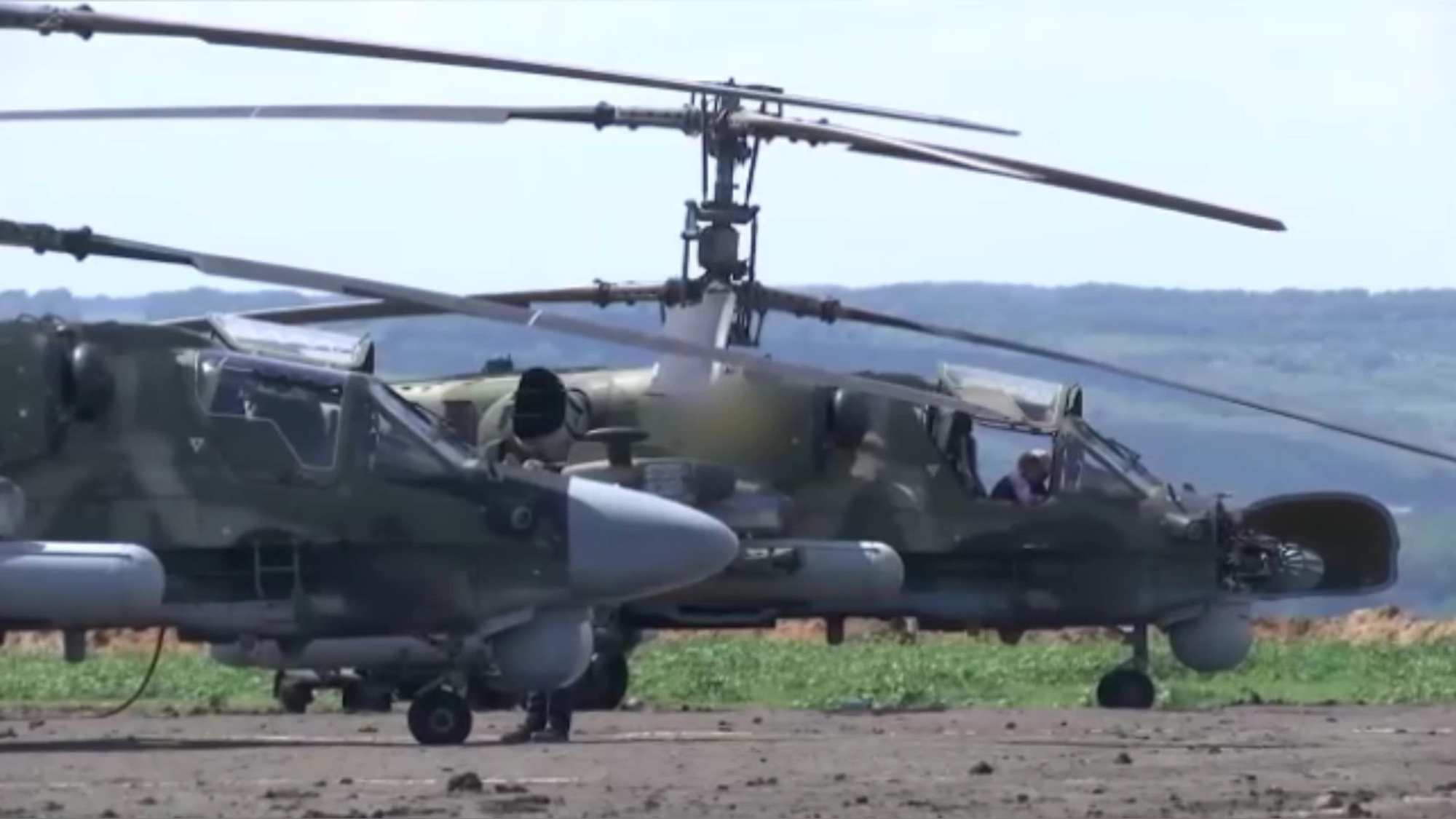 Combat work of crews of reconnaissance and attack helicopters Ka-52 Alligator of the army aviation of the Russian Aerospace Forces. (Ministry of Defense of Russia/Zenger)

Two Russian attack helicopters allegedly took off from a base at an undisclosed location before opening fire on unspecified targets. After unleashing their arsenal of missiles and heavy armament, one of the attack helicopters can be seen returning to base.

It is currently unclear if the second attack helicopter was the one that was shot down by Ukrainian paratroopers using a British-made Starstreak missile system.

The footage was obtained from the Russian Ministry of Defense on Tuesday, June 28, along with a statement claiming that the images show the “combat work of the crews of Ka-52 ‘Alligator’ reconnaissance and attack helicopters of the army aviation of the Russian Aerospace Forces in the zone of the special military operation.”

They also claimed: “‘Alligator’ – a helicopter for direct support of troops on the battlefield, capable of attacking any targets using modern means of detection and target designation.”

Russia invaded Ukraine on February 24 in what the Kremlin continues to call a “special military operation.” June 28 marks the 125th day of the invasion.

The Russian strike on a shopping mall in the central Ukrainian city of Kremenchuk on June 27 has been described by Ukrainian President Volodymyr Zelenskyy as one of the “most brazen terrorist acts in European history.” Over 1,000 people are said to have been inside the building when it was hit by missiles.

Russian missiles have also hit the central city of Cherkasy, as well as the strategically vital port city of Odessa.

UK Prime Minister Boris Johnson says the Russian invasion of Ukraine has had a significant effect on the cost of living around the world.