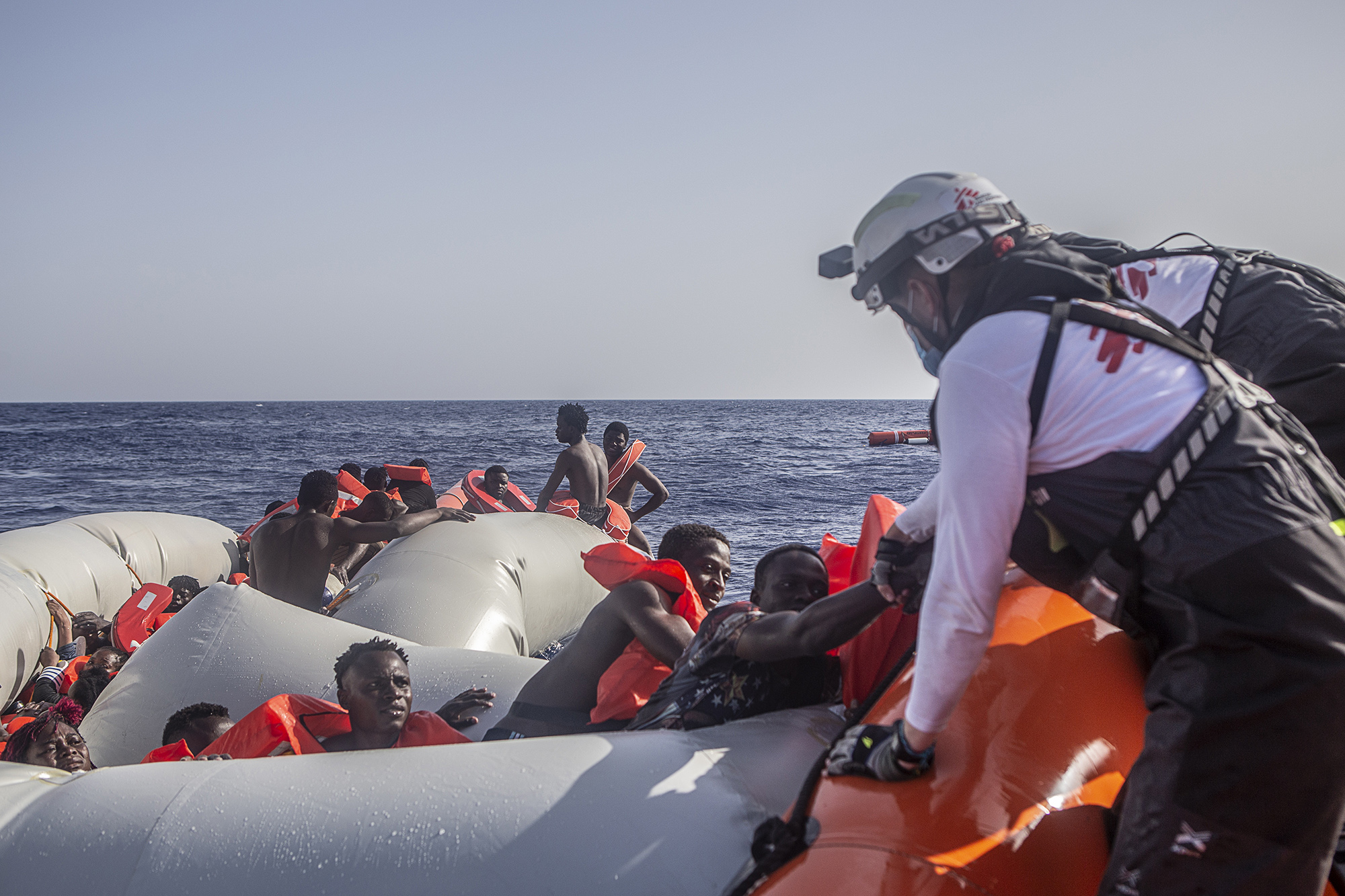 A pregnant woman has died and at least 22 more migrants are missing after their flimsy rubber dinghy sank in the Mediterranean Sea.

The Geo Barents search and rescue vessel picked up 71 survivors following the incident on Monday, June 27, off the Italian and Maltese coasts.

But by the time the rescue ship had arrived, the rubber craft was already sinking and many of the migrants it had been holding were already in the sea.

The pregnant woman who died was brought on board the vessel but could not be revived.

Three survivors required emergency care, one of them a four-month-old infant, who was later evacuated to Malta with her mother.

Two women told rescuers about children who disappeared in the waves, and several survivors are suffering from fuel burns.

Médecins Sans Frontières (Doctors Without Borders) is looking after the remaining survivors and is working to establish how many more people may be missing.

In a statement obtained by Zenger News on Tuesday, June 28, Médecins Sans Frontières said: “At least 22 people are missing, and a pregnant woman died despite desperate efforts to resuscitate her, following the partial sinking of a rubber boat in the central Mediterranean Sea yesterday.

“Médecins Sans Frontières’ (MSF) search and rescue team has brought 71 survivors from the flimsy sinking rubber boat on board our vessel the Geo Barents, and is now urging the Maltese and Italian authorities to allocate a place of safety for the disembarkation of survivors as soon as possible.

“Yesterday, a boat in distress was intercepted by the Libyan Coastguard before the Geo Barents could provide assistance.

“Hours later, Alarm Phone issued an alert on another boat in distress in the area, to which we responded.

“The team on the Geo Barents navigated for three hours before reaching the rubber boat, which had collapsed and was sinking, while its passengers were struggling to survive, with many already in the sea.

“The MSF team rescued the survivors, bringing on board a pregnant woman who did not survive despite extensive resuscitation efforts by the medical team.

“Three other people needed to undergo emergency care, including a four-month-old baby.

“The baby and her mother were later evacuated to Malta.

“Today, the MSF team is looking after the remaining survivors, most of whom are extremely weak and in a state of shock.

“While the team is still collecting information on the people missing, two women have already told our teams that they had lost their children at sea; another young woman explained she had lost her little brother.

“Information of more than a dozen of additional missing people is being gathered through interviews with the grieving survivors.”

MSF quoted Stephanie Hofstetter – the medical team leader on board the Geo Barents – who said: “The survivors are exhausted; many have ingested large amounts of seawater and multiple people suffered from hypothermia after spending many hours in the water.

“At least 10 people, mostly women, are suffering from medium to severe fuel burns and need further treatment beyond what can be delivered on board.”

MSF also quoted its search and rescue representative – Juan Matías Gil- who said: “This traumatic event is a deadly consequence of the growing inaction and disengagement of European and other border states, including Italy and Malta, in the Mediterranean Sea.

“Tragedies at sea continue to cost thousands of lives, and these people are being lost on Europe’s doorstep, with absolute silence and indifference from EU states.

“Search and rescue organizations cannot fill this huge void alone. We do not have such capacity, and beyond that, this is the responsibility of governments.

“What happened yesterday showed that alone, we cannot do enough. Where are the states?”

“MSF demands that all European Union member states ensure a state-led, dedicated and proactive search and rescue capacity is provided in the central Mediterranean Sea, and to provide a fast and adequate response to all distress calls.”

MSF then quoted a male survivor from Cameroon, who said: “We were in the sea for 19 hours before we were rescued.

“All these hours, I saw many people drowning. I am happy that I was saved but it comes with a lot of tears.”

The statement ended: “The Geo Barents is now heading to Italy and has reached out to the Maltese and Italian authorities for a place of safety. MSF asks for a timely and safe disembarkation of survivors as soon as possible to avoid increasing survivors’ distress and worsening their mental health.”