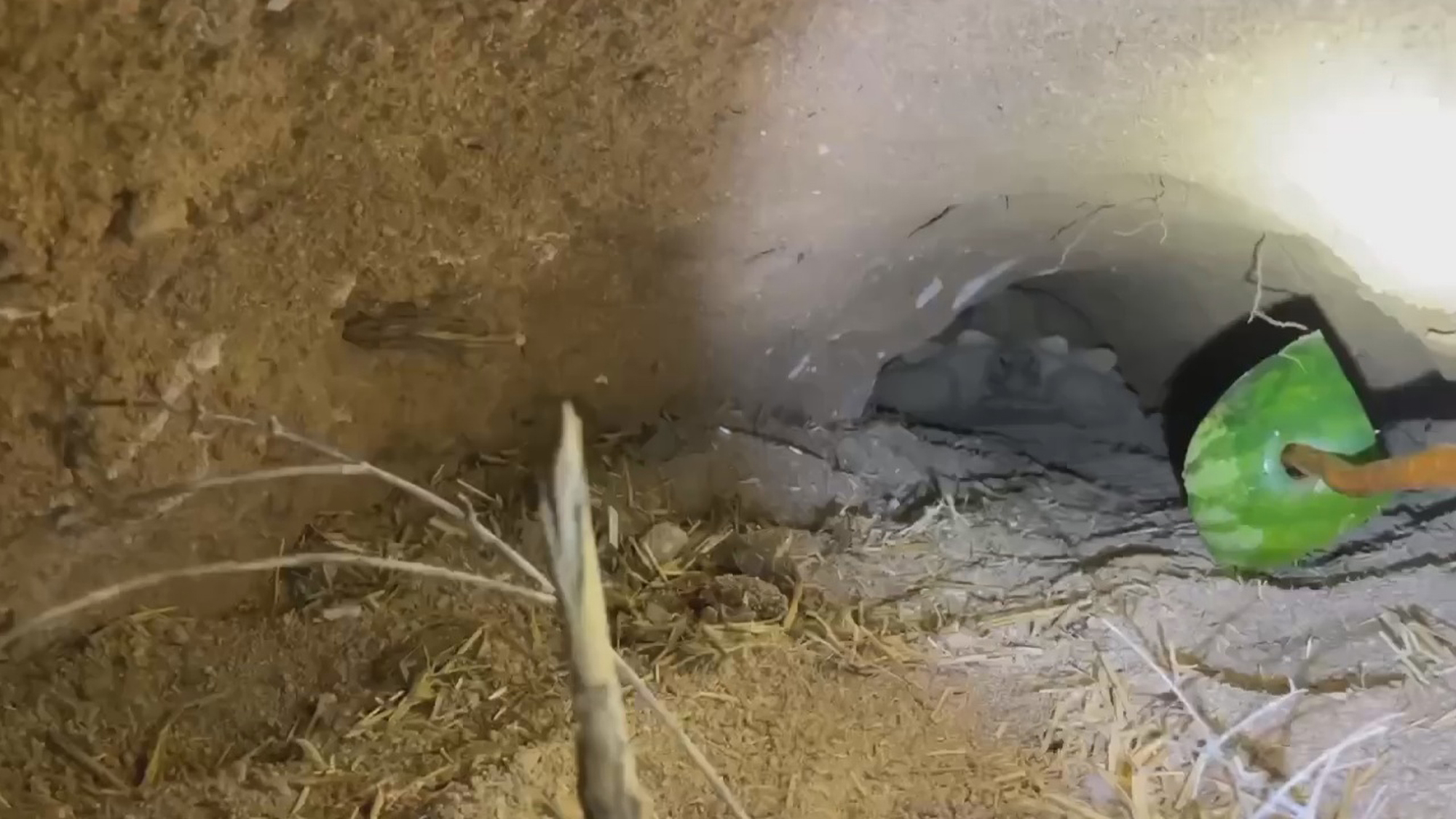 Firefighters have rescued two curious puppies that broke into a tortoise den and were prevented from leaving by Oscar – a huge 100-lb tortoise blocking the exit.

The rescue operation took place at a home in Yucca Valley in San Bernardino County, California.

San Bernardino County Fire Department said two five-month-old puppies made their way into the tortoise den and were prevented from leaving by Oscar.

The 100-lb tortoise blocked the dogs’ exit out of the den and firefighters were called to dig them out.

After all attempts to coax Oscar out of the way with watermelon pieces proved, well, fruitless, firefighters spent over an hour digging a tunnel to the dogs’ position.

The two pooches, named Peo and Finn, were then reunited with concerned owner Kathleen.

The footage shows the fire team arriving on the scene and trying to coax Oscar out of the hole with the watermelon.

Firefighters then dig the tunnel into the den and rescue the two dogs as Kathleen eggs them on.

“Two curious five-month-old puppies had made their way into a tortoise den and were unable to exit due to a 100 lb tortoise blocking their exit. Residents were worried as the dogs had been in the den for multiple hours and were silent.

“SBCoFD ME42 & MA42 arrived to find a large underground tortoise den with two puppies inside and a 100-lb tortoise blocking the exit.

“Firefighters attempted to coax Oscar, a large desert tortoise from its den, so firefighters could get to the puppies. Crews used a tasty watermelon treat to attempt to coax the tortoise from the den.

“The tasty watermelon trick was unsuccessful and firefighters went to plan B, digging.

“With Oscar blocking the exit, crews worked to dig an access hole to rescue the dogs. After an hour of digging crews were able to get the puppies out of the den.

“Peo and Finn were unharmed and happy to reunite with their dog mom Kathleen.”

The police added: “We are glad we could assist with this unique call and there was such a positive outcome!”