Engineers start with a basic original Beetle and take thousands of manhours to craft it into the new version.
By Lee Bullen June 30, 2022
Facebook
Twitter
Linkedin
Email 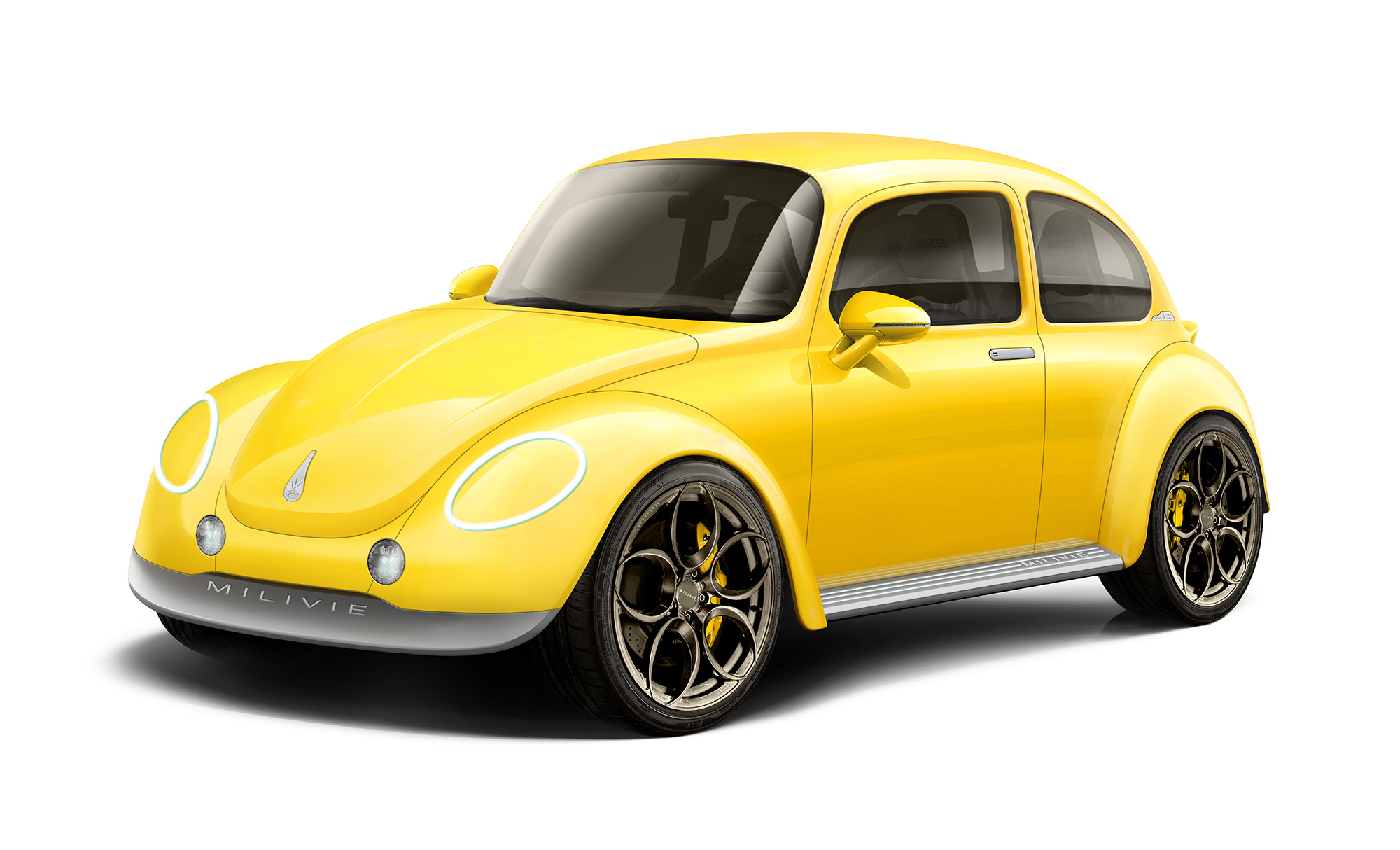 Milivie, an extremely limited production run of 22 cars that are a reimagining of the Volkswagen Beetle, from a company in Leipzig, Germany. (Milivie/Zenger)

An engineering startup has redesigned the classic VW Beetle into a modern limited-edition model worth an astonishing 608,000 dollars.

Milivie GmbH, the brainchild of artistic engineer Jonathan Engler, has re-imagined the Beetle, which ceased production in 2003, as the Milivie 1.

The German limited liability company said in a statement obtained by Zenger: “The Milivie 1 is a unique celebration of the world’s most loved vehicle.

“The intensely detailed vehicle delivers a fusion of everything the analogue driver desires blended with effortless integration of cutting-edge technology.”

Engineers start with a basic original Beetle and take thousands of manhours to craft it into the new version.

The company explained: “The Milivie 1 starts from a hand-selected donor 1303 model. Sourced by the Milivie team, this vehicle provides a base for total evolution, with over a thousand hours of craftsmanship and engineering in each build – resulting in a car that shares little other than the metal monocoque section of body and the floorboards with the donor.

“Even these components are vastly modified from the original car. No element of the concept has been sacrificed in the development of a driving feel that is tactile, active and agile – whilst every single component has been enhanced with a spec list that rivals the ultimate performance classic.”

The company added: “The body, at first glance seemingly unchanged, is elegantly and artfully crafted to produce a smoother, more contemporary silhouette that combines shared DNA with a unique stance. The interior echoes familiarity but welcomes modernity.

“Founder Jonathan Engler had a longstanding desire to build his own car brand – but with a difference.

“Engler cites an incredible fascination for cars, an unstoppable passion for design and the constant urge to create something interesting as his driving forces.

“Engler has created an uninhibited team of designers and engineers who have each added their unique energy and talents to the project, along with partnerships with 44 top-tier component and process suppliers – each the absolute leaders in their field.

“The 22 vehicles that make up the project honor the 22 million total production output of the model’s OEM lifespan, making each car representative of one in a million.”

Designers have borrowed details from the original 1930s prototypes and even added touches from the iconic Porsche 911.

But of course, such lavish attention to detail does not come cheap.

Even though the original Beetle was designed as a car for the ordinary man, this new model would cost a buyer nearly half a million British pounds or around 608,000 dollars.

The company said: “First reservations for the Milivie 1 are now open with entry pricing for a commission starting at 570,000 euros (491,375 British pounds).

“The first car will be delivered in July 2023 with the production run to be completed and delivered May 2025.

“Whilst the dramatic treatment is contemporary in every aspect there are inspirations from numerous models across the entire genealogy of the donor. The larger and deeper dashboard, with the open storage compartments, echoes the 1938 prototypes.”

Milivie added: “The door cards have familiar inputs from the iconic 911 whilst the under-dash climate control unit silhouette from the first production series is mirrored in Milivie’s central dashboard controls.”

«Previous Post
Air We Come: Extinct Sea Eagles Return»Next Post
Get Your Head In The Clouds With A Nuclear-Powered Flying Hotel