13 of 18 white-tailed eagles which were raised in Norway will be released into the wild at the end of the summer.
By Lee Bullen June 30, 2022
Facebook
Twitter
Linkedin
Email 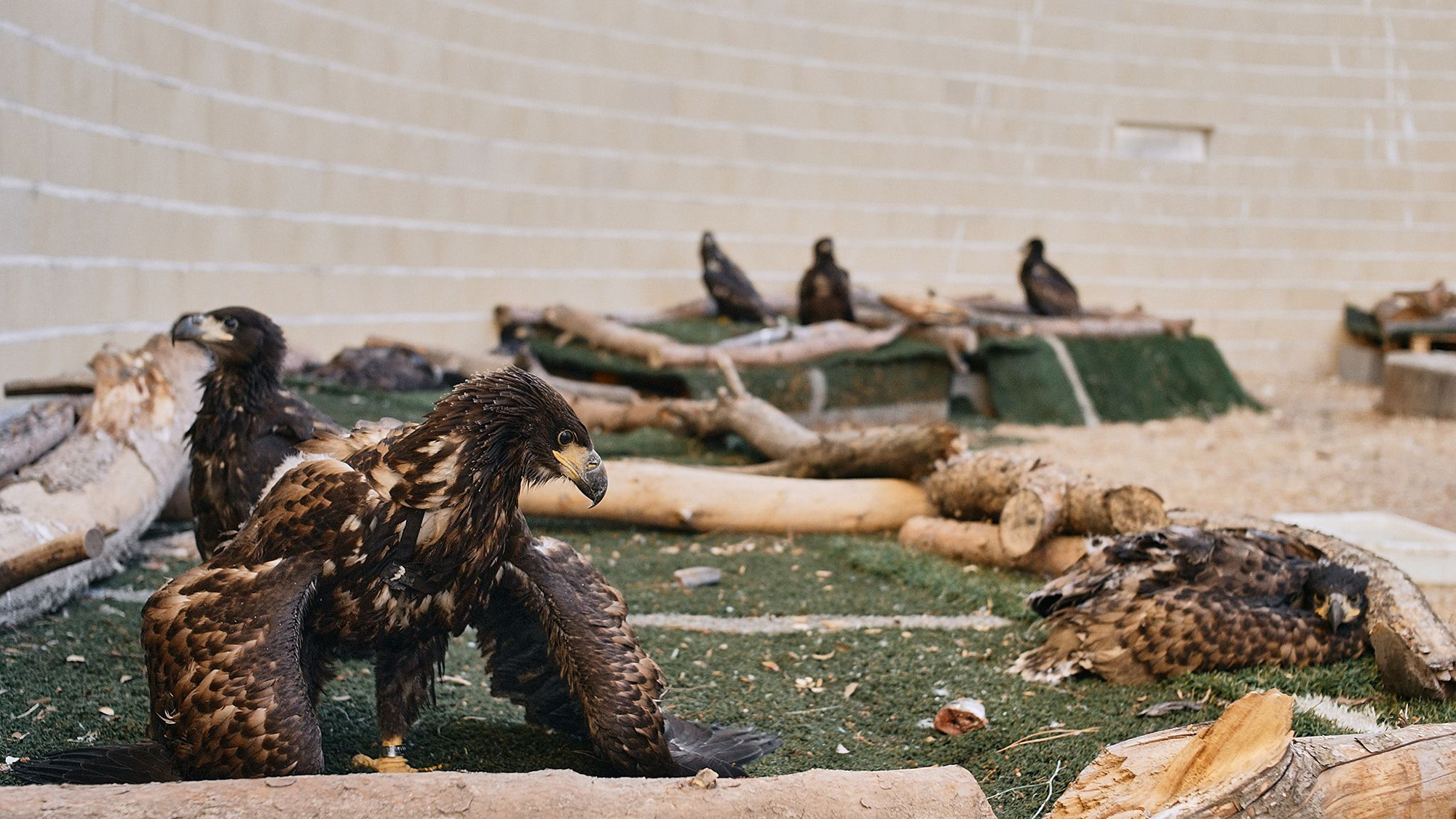 White-tailed eagles have arrived in Spain as part of a conservation plan to reintroduce the huge bird of prey to one of its ancient habitats.

The eagle – which can have a wingspan of nearly 8 feet (2.4 meters) – had been considered extinct on the Iberian Peninsula since the 19th century.

But now, 13 of 18 white-tailed eagles (Haliaeetus albicilla) which were raised in Norway will be released into the wild at the end of the summer.

The white-tailed eagles will live in a special enclosure near the town of Pimiango in the Spanish region of Asturias for several months, so that they can acclimatize to local conditions.

The birds are the second group to be released in Asturias as part of the Pigargo Project, which is organized by the conservationist association GREFA, and the Spanish Ministry for the Ecological Transition and the Demographic Challenge.

The project also involves the collaboration of the Principality of Asturias, the City Council of Ribadedeva (Asturias), the Government of Cantabria, the Norwegian Environment Agency, the Norwegian Institute for Nature Research (NINA), as well as the EDP energy company.

The sea eagle, considered the largest eagle in Europe, is one of eight species of birds that appear on the List of Extinct Species in Spain.

The 18 sea eagles were born in Norway this year and arrived at the Adolfo Suarez Madrid–Barajas Airport in the Spanish capital on June 26 where they were received by GREFA representatives.

The birds were then taken to the association’s recovery center in Majadahonda in the Spanish capital Madrid for health checks and to be fitted with a GPS tracker to follow their movements when they are released at the end of the summer.

Thirteen of the 18 eagles were then transferred to the Asturian town of Pimiango where they will learn to fly in a special enclosure. The five remaining white-tailed eagles are considered too small and will remain at the GREFA center for the time being.

To create a breeding population of white-tailed eagles in Spain, a first experimental phase of the project was launched in 2021, lasting two years in total.

Experts will evaluate the results of the trial period and decide on the next course of action if the birds integrate well in their new environment. If successful, the Picargo Project will continue to release 20 eagles in the area for at least five more years.