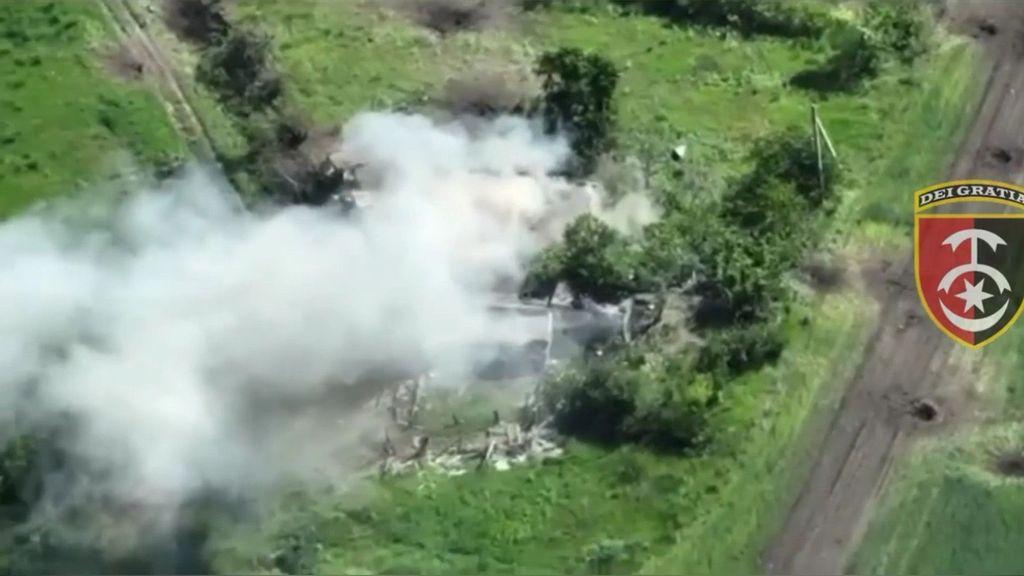 Ukrainian troops targeted and destroyed Russian positions somewhere in Ukraine, with the troops jokingly saying that they were greeting uninvited guests, as these pictures show.

The Strategic Communications Department (StratCom) of the Armed Forces of Ukraine also relayed the footage and said that it shows “Soldiers of the 30th Separate Mechanized Brigade meeting uninvited guests.”

We contacted the 30th Separate Mechanized Brigade for further comment, as well as the Russian Ministry of Defense, but haven’t received a reply at the time of writing.

The Russian missile strike on a shopping mall in the central Ukrainian city of Kremenchuk on June 27 has been described by Ukrainian President Volodymyr Zelenskyy as one of the “most brazen terrorist acts in European history.” Over 1,000 people are said to have been inside the building when it was hit by missiles.

At least 14 missiles hit the Ukrainian capital Kyiv as G7 leaders met in Bavaria, in Germany, at the beginning of a three-day summit. Military support for Ukraine is at the top of the agenda. The G7 is made up of Germany, France, Italy, Japan, Canada, the United Kingdom, and the United States. G7 leaders described the shopping mall missile strike as “abominable.”