The video was obtained from the Ukrainian Special Forces unit 'Kraken' along with a short statement on Tuesday, June 28.
By Joseph Golder June 29, 2022
Facebook
Twitter
Linkedin
Email 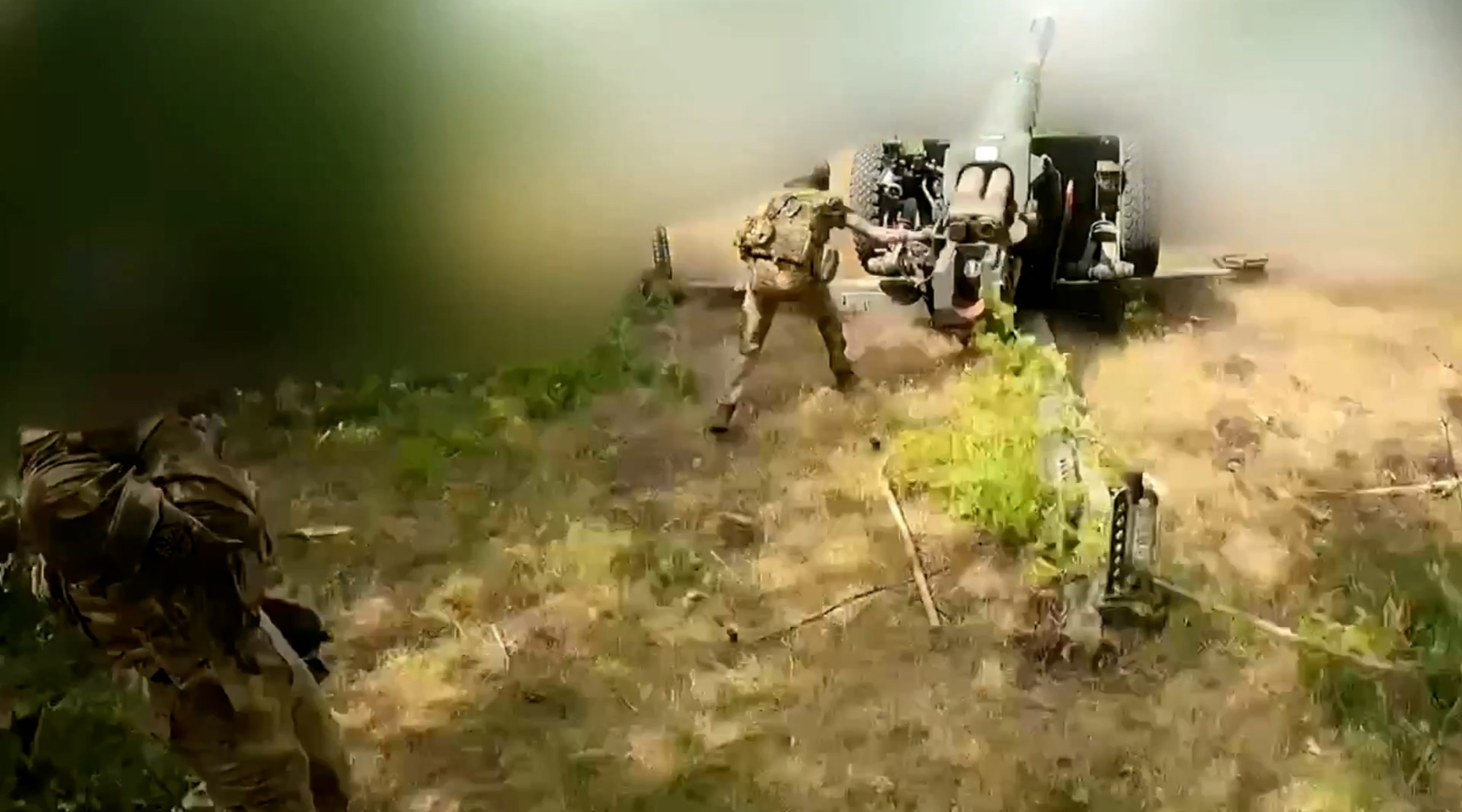 A special unit of the Kraken Regiment Azov defeated the headquarters of the occupiers in the Kharkiv region. (AFU StratCom/Zenger).

Ukraine has said that its ‘Kraken’ Special Ops unit has destroyed a Russian headquarters.

A building with Russian soldiers coming and going in and out of it is seen before it suddenly blows up, as these images show. It is currently unclear where exactly in Ukraine the images were filmed.

The video was obtained from the Ukrainian Special Forces unit ‘Kraken’ along with a short statement on Tuesday, June 28, saying: “The artillery of our unit continues to destroy the occupiers. This time the enemy headquarters was struck.”

The Kraken unit is a special forces unit that answers to the Ministry of Defense of Ukraine but is not officially part of the country’s Armed Forces, operating in something of a grey zone.

The information was also relayed by the Strategic Communications Department (StratCom) of the Armed Forces of Ukraine along with a short statement saying: “Happy Victory Day to all. Glory to Ukraine!”

We contacted the Ukrainian Special Forces unit for further comment, as well as the Russian Defense Ministry, but haven’t received a reply at the time of writing.

Russia invaded Ukraine on February 24 in what the Kremlin is still calling a “special military operation”. June 28 marks the 125th day of the invasion.

The Russian missile strike on a shopping mall in the central Ukrainian city of Kremenchuk has been described by President Zelenskyy as one of the “most brazen terrorist acts in European history.” Over 1,000 people are said to have been inside the building when it was hit by missiles. There have been reports of at least 13 dead, but fears abound that the death toll is much higher.

At least 14 missiles hit the Ukrainian capital Kyiv as G7 leaders met in Bavaria, in Germany, at the beginning of a three-day summit. Military support for Ukraine is at the top of the agenda. The G7 is made up of Germany, France, Italy, Japan, Canada, the United Kingdom, and the United States. G7 leaders described the shopping mall missile strike as “abominable.”