The images were obtained from the Russian Ministry of Defense (MoD) on the morning of Tuesday, June 28.
By Joseph Golder June 29, 2022
Facebook
Twitter
Linkedin
Email 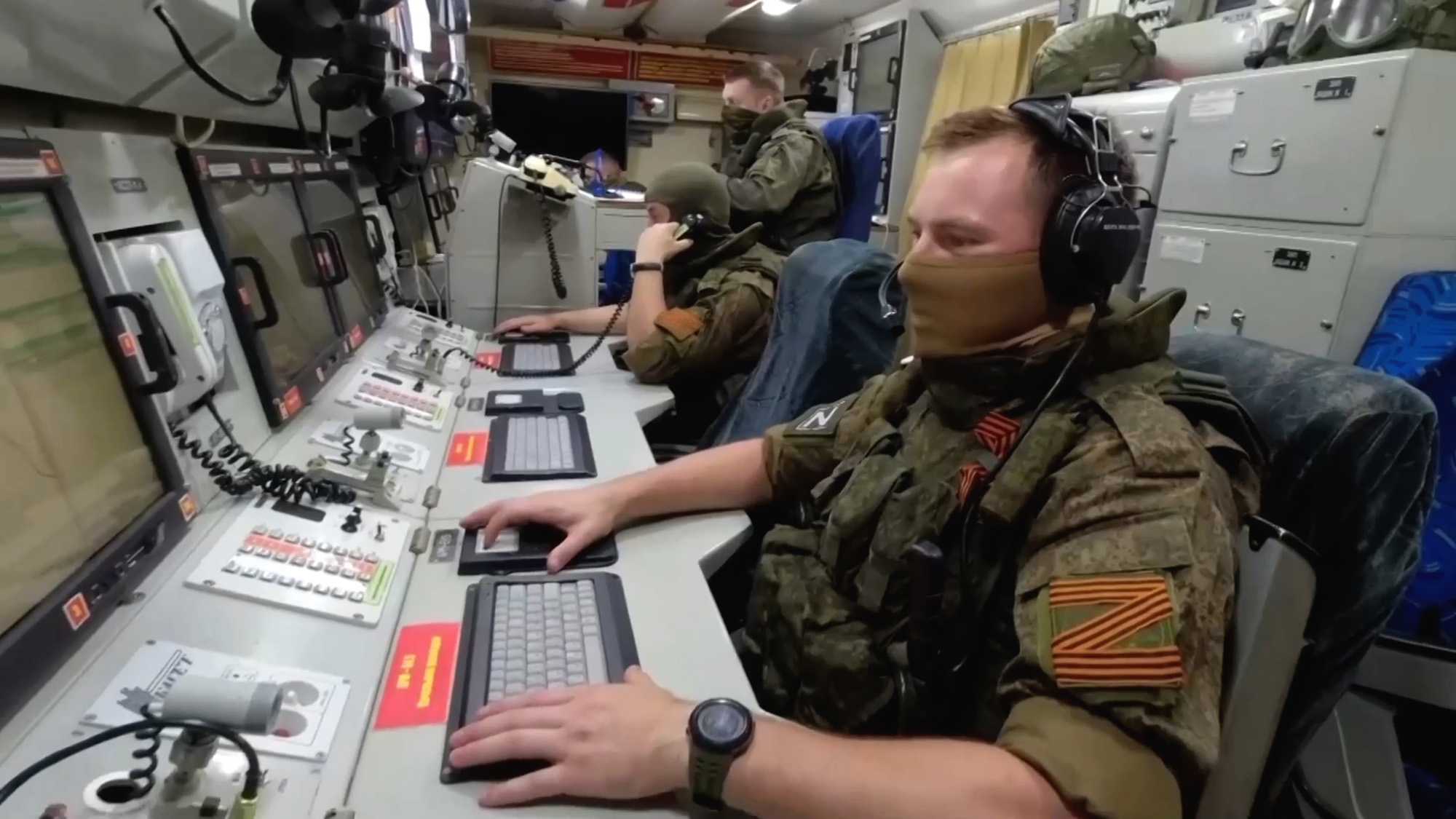 Russia claims that these images show how its air defense systems track and acquire targets.

Military operators communicate in front of what appears to be sophisticated equipment from what can be seen on the footage. The soldiers can be seen sporting the letter ‘Z’ on their arms.

The ‘Z’ is one of the symbols, as well as the letters ‘V’ and ‘O’, that can be seen painted on Russian military vehicles taking part in the invasion of Ukraine.

In the video, a missile is fired from a military vehicle that can also be seen sporting a ‘Z’ on its side. The footage then shows military operators communicating and calibrating instruments.

Two soldiers can then be seen running into a trench before one takes up a shoulder-held rocket launcher as the footage ends.

The images were obtained from the Russian Ministry of Defense (MoD) on the morning of Tuesday, June 28, along with a statement claiming that the images show “personnel on combat duty by the crews of the Nebo-SV radar stations.”

The Nebo-SV is a Russian-made early warning radar system first built by the Soviets in 1982.

The Russian MoD also claimed that the images show how “specialists are constantly monitoring the situation in the airspace.”

The Russian MoD also said: “As soon as the target is acquired, the station immediately receives a ‘Friend or Alien’ request. After the ownership of the target is established, a decision is made: skip or destroy.

“Once the target is acquired, the task of destruction from the command post goes to the air defense division. From here, the sky over the Russian units is controlled by the Buk-M3 complexes.”

We contacted the Russian MoD for further comment, as well as the Ukrainian Defense Ministry, but haven’t received a reply by the time of writing.

The Russian missile strike on a shopping mall in the central Ukrainian city of Kremenchuk has been described by Ukrainian President Volodymur Zelenskyy as one of the “most brazen terrorist acts in European history.” Over 1,000 people are said to have been inside the building when it was hit by missiles.

Russian troops have been accused of pillaging vast quantities of grain from farmers in occupied areas of Ukraine, as well as other crops such as sunflower seeds. They have also been accused of stealing fertilizer and agricultural equipment.