San Antonio Zoo, which is home to over 750 species, is located in the city's Brackenridge Park.
By Joseph Golder June 29, 2022
Facebook
Twitter
Linkedin
Email 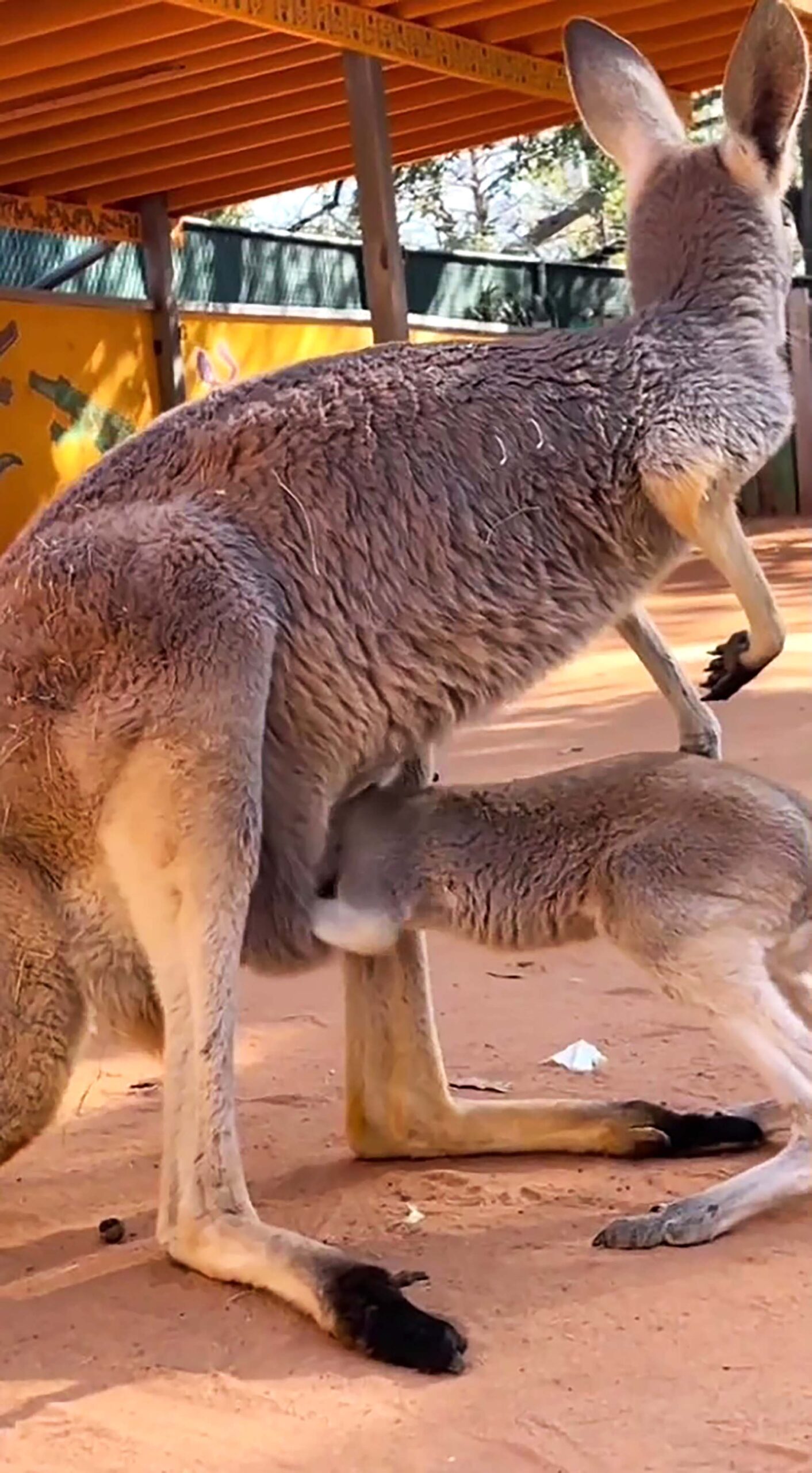 Baby Kangaroo does not want to separate from his mother in San Antonio Zoo, Texas, United States. (@sanantoniozoo/Zenger)

This is the moment a shy joey repeatedly falls out of its mother’s pouch while trying to hide from the filming zoo visitors in footage that has gone viral.

The cute scene was filmed at San Antonio Zoo in the city of San Antonio, in the southern U.S. state of Texas, and the footage has gone viral on TikTok with a whopping 86 million views.

The zoo accompanied the video with the message: “We all have those days!”

In the footage, the shy joey can be seen slipping out of its mother’s pouch and crashing on the ground twice while trying to clamber inside it, before eventually managing to scramble inside to hide from the filming crowd.

Its first try appears to very nearly succeed, but the joey’s head slips out at the last second and it hits the ground hard. It immediately gets back to its feet and tries again, but its second attempt is just as vain as the first and it slips out again, crashing to the ground as the person filming lets slip a chuckle.

The third time, however, the joey finally manages to clamber inside its mom’s pouch, before the footage ends.

San Antonio Zoo, which is home to over 750 species, is located in the city’s Brackenridge Park.

The animal park boasts an annual attendance of over 1 million visitors as well as one of the longest miniature train rides in the world, the San Antonio Zoo Eagle Train first opened in 1956.

The zoo says on its website: “Kangaroo Krossing is now open! This new experience is home to our red kangaroos and is an extension of the zoo’s Wild Australia realm.

“For an upgraded experience, guests can get up-close and learn more about kangaroos while feeling like they’re on an outback adventure. The new area also includes a renovated snack stand, Snack-A-Roos, and a fun photo opportunity where guests can pop out of our kangaroo pouch!”

The zoo’s video was also shared on Instagram by ‘Earth Focus’ with the message: “At around six months, when a joey is sufficiently developed, it will leave the pouch for short periods, returning when it needs to feed.

“Red kangaroos leave the pouch for good at around eight months and continue to suckle for another three to four months. Grey kangaroos leave at about 11 months, continuing to suckle until they are as old as 18 months.”