The owl had been taken in at the Tierparadies Schabenreith animal refuge, located in the municipality of Steinbach am Ziehberg.
By Joseph Golder June 29, 2022
Facebook
Twitter
Linkedin
Email 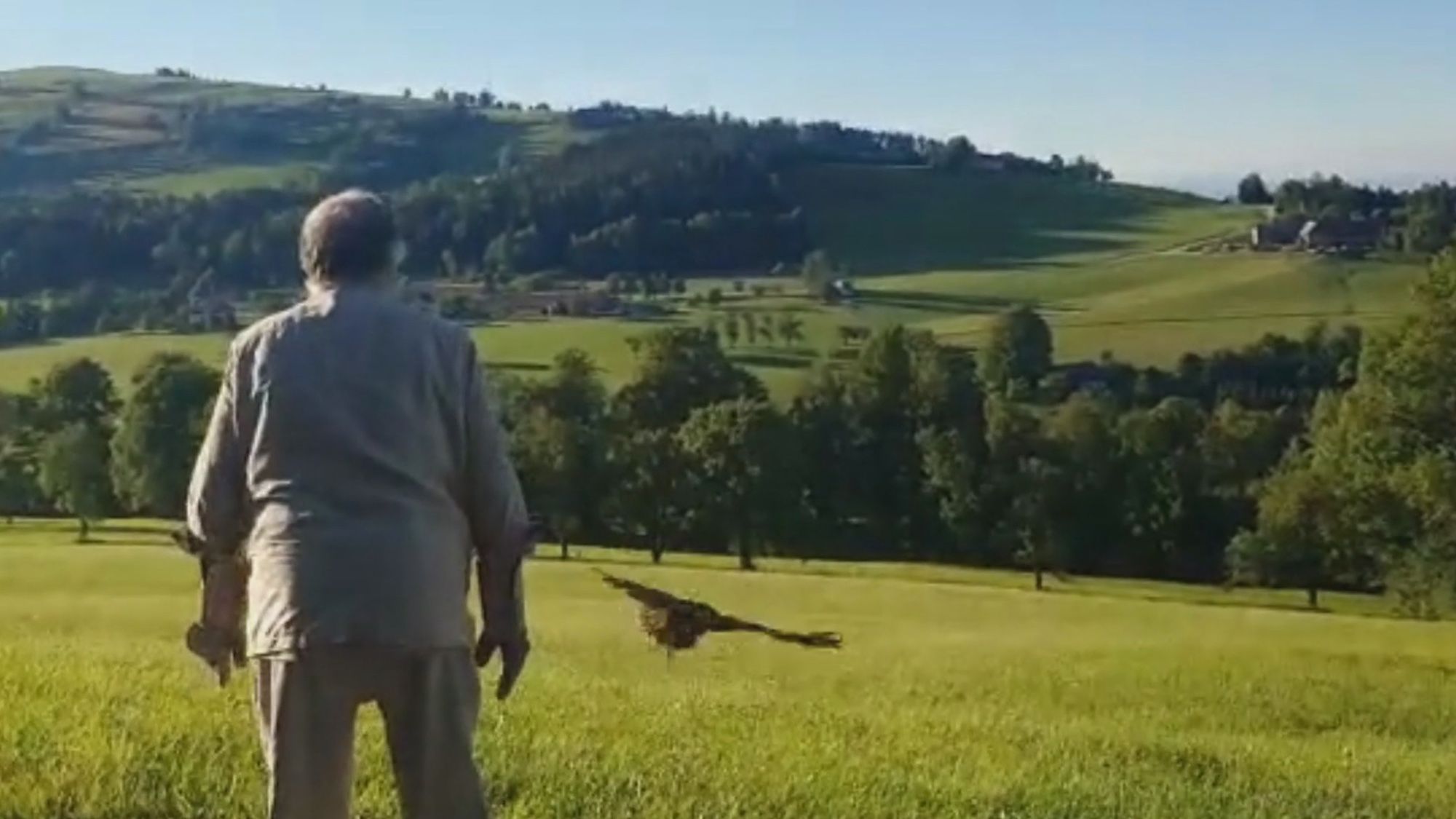 The Eurasian eagle-owl (Bubo bubo) with a healed wing fracture that was successfully released in the wilderness. (Tierparadies Schabenreith, Hofner/Zenger)

A Eurasian eagle-owl was released back into the wild after animal lovers healed its broken wing.

The touching moment the huge bird of prey gets set free in its natural habitat on a hillside in Austria can be seen in these images.

The owl had been taken in at the Tierparadies Schabenreith animal refuge, which is located in the municipality of Steinbach am Ziehberg, in the district of Kirchdorf an der Krems in the northern Austrian state of Upper Austria.

The refuge said in a statement on Monday, June 27: “An injured eagle owl ended up at the Tierparadies Schabenreith animal shelter in Steinbach am Ziehberg at the end of April.”

They said that the eagle-owl was suffering from a broken wing. They said: “The imposing bird of prey had a broken wing and continued to be cared for in the Ebelsberg bird of prey and owl protection station run by the Nature Conservation Union.”

After returning the bird to its habitat, shelter manager Harald Hofner said: “Releasing a fit wild animal back into the wild is one of the most beautiful moments of our work.

“We would like to thank Mr. Reinhard Osterkorn from the Ebelsberg bird of prey and owl protection station of the Nature Conservation Union for the good cooperation!”

The statement from the shelter also explained how they have returned the owl to exactly the same spot where it had been found.

They said: “Now there is excellent news and it was time to say goodbye: the crash pilot has made a full recovery and was therefore ready for the wild again.

“The reintroduction took place on the grounds of the animal paradise in Schabenreith – exactly where the eagle owl had been found eight weeks earlier.”

Images from the shelter show the bird recovering after it was found with a broken wing before it was released into the wild.

The Eurasian eagle-owl (Bubo bubo), which has distinctive ear tufts, can be found in much of Europe and Asia.

They have many different habitats but mainly stick to mountainous areas.

They tend to eat small mammals such as rats and mice but they sometimes also go for rabbits and larger mammals, sometimes even other birds.

They mainly hunt at night and breed on the side of cliffs.

There are currently at least 12 different subspecies of Eurasian eagle-owl present in the wild.

Most of them can be found in Continental Europe, Scandinavia, Russia and Central Asia.

«Previous Post
Banged Pup: Cops Save 72 Puppies From Breeders’ Prison Van»Next Post
Noise Annoys: Seals And Porpoises Have To ‘Shout’ At Each Other To Be Heard Due To Noise Pollution