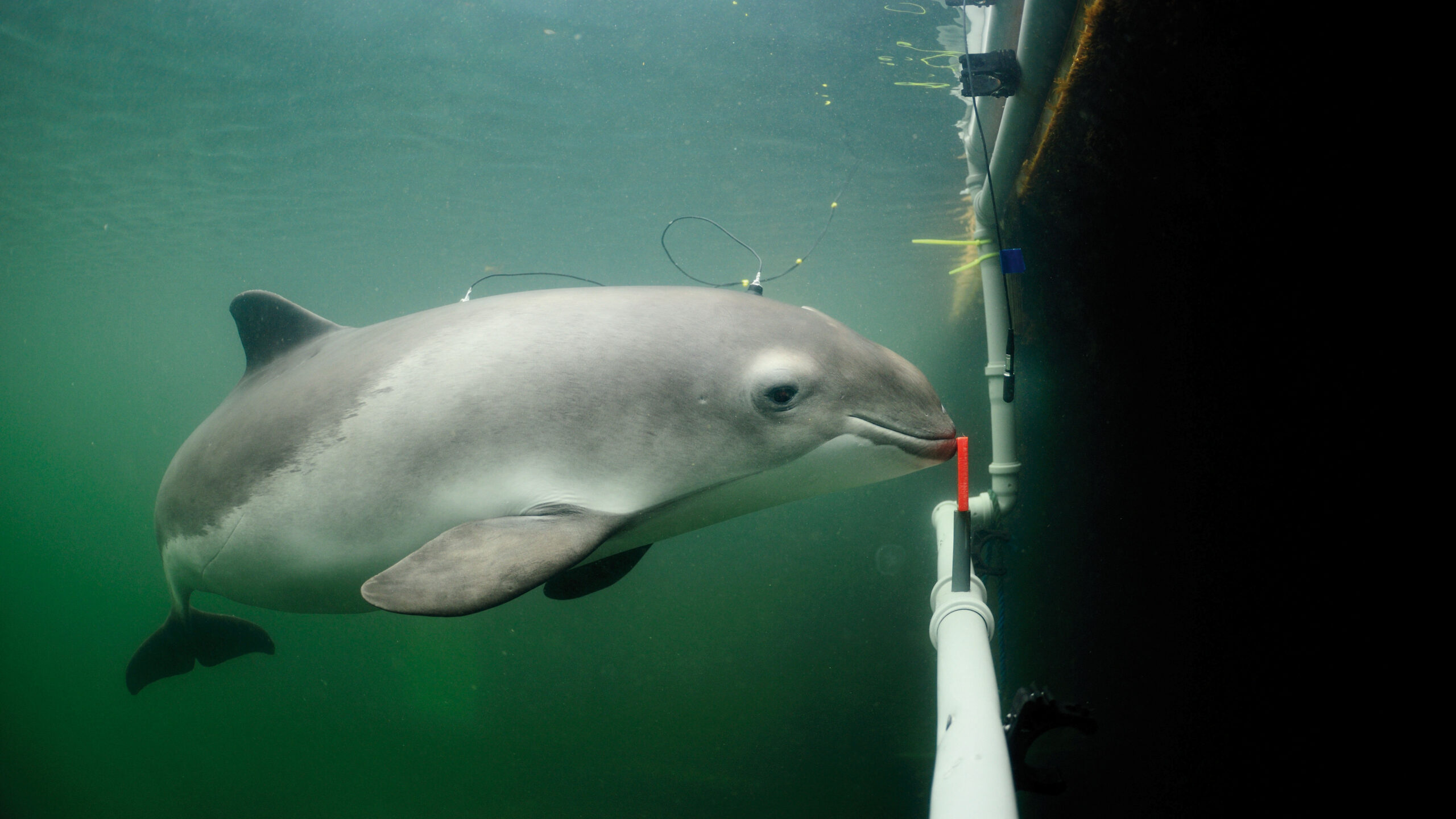 Noise pollution underwater has been likened to a nightclub with seals and porpoises having to 'shout' at each other to be heard. (Matthew Newby/Zenger/SWNS)

Noise pollution underwater has been likened to a nightclub with seals and porpoises having to ‘shout’ at each other to be heard, according to new research.

Pile-drivers that bash huge columns into the seabed to create platforms for offshore turbines are damaging the hearing of seals and porpoises,

Noise regulations need to be updated to protect sea creatures against a rising din in the oceans, say conservationists.

Whales are also having to struggle to compete with it. They are spending more time and energy trying to communicate.

It has been compared to ‘screaming at each other’ – like humans have to do at a nightclub.

“They are acoustically sensitive and among the most common marine mammals in shallow western European waters – a center of the rapidly expanding offshore wind farm industry.”

The Danish team reviewed experiments in which hearing sensitivity is measured by electrodes attached with suction cups to the skin.

Current guidelines are out of date. They are based on evidence that was collected seven years ago.

Hearing is important to marine mammals for communication, avoiding predators and finding food.

Concern exists over the potential for man-made noise in the oceans to alter their behavior – or cause deafness.

From ship engines to underwater blasts, people are filling the oceans with sounds. Researchers are now trying to pin down how they affect ecosystems – before it is too late.

Short, loud blasts of sound can cause physical damage; persistent background noise, such as that from shipping, can alter a host of systems and behaviors, from communication to feeding.

The United Nations has noted an “urgent need” for research and co-operation to address the effects of anthropogenic underwater noise.

Legislation is issued by government agencies – such as the Danish Energy Agency and the US National Marine Fisheries Service.

It puts limits on the intensity of noise to prevent temporary and even permanent hearing loss.

They are calculated from measurements on animals in captivity exposed to noise levels that induce a temporary threshold shift (TTS) in hearing.

The TTS onset threshold is the lowest noise exposure capable of inducing a small reduction of hearing sensitivity, known as auditory fatigue, with full recovery shortly after exposure.

While these values correspond to temporary hearing impairment, they can be used to extrapolate higher noise levels that would inflict permanent damage.

These are used to regulate activities producing loud noise such as pile driving, seismic surveys and navy sonars.

Sightings of marine mammals drop dramatically when the work is going on – even when accounting for other factors such as weather.

Seismic surveys are carried out by a range of organizations, including oil and gas companies, as a means of mapping what lies beneath the seafloor.

Shockwaves fired from an air gun – like a very powerful speaker – are blasted down towards the seabed.

The waves bounce off features below and are detected again at the surface. The signal that returns reveals whether there is, for instance, oil locked in the rock beneath.

The process creates a tremendous racket – similar to an explosion. Animals under the waves are harmed by the clamor.

They can be put off feeding or become less able to detect predators. Marine life avoid areas where humans are working.

Marine biologists continue to hope for technologies that will make human activity in the oceans quieter.

Since different species have different hearing, adjustments of the guidelines for the hearing abilities of different animal groups were developed.

Their results were sent to the Danish Energy Agency and formed the basis for the most recent update of Danish guidelines regarding assessment of impact of offshore wind energy development on marine life.

Guidance for seals and porpoises is based on very few measurements in a limited frequency range.

Added Professor Tougaard: “Retaining the current guidance has the possible consequence of over-regulating future activities rather than endangering the animals.

“The observed discrepancies between predicted and measured TTS onset thresholds can only be resolved through new and dedicated experiments.”

The study is in The Journal of the Acoustical Society of America.