Death Bed: Fulfilling OAP’s Dying Wish To Find Child Actress Who She Starred With In ‘King And I’ 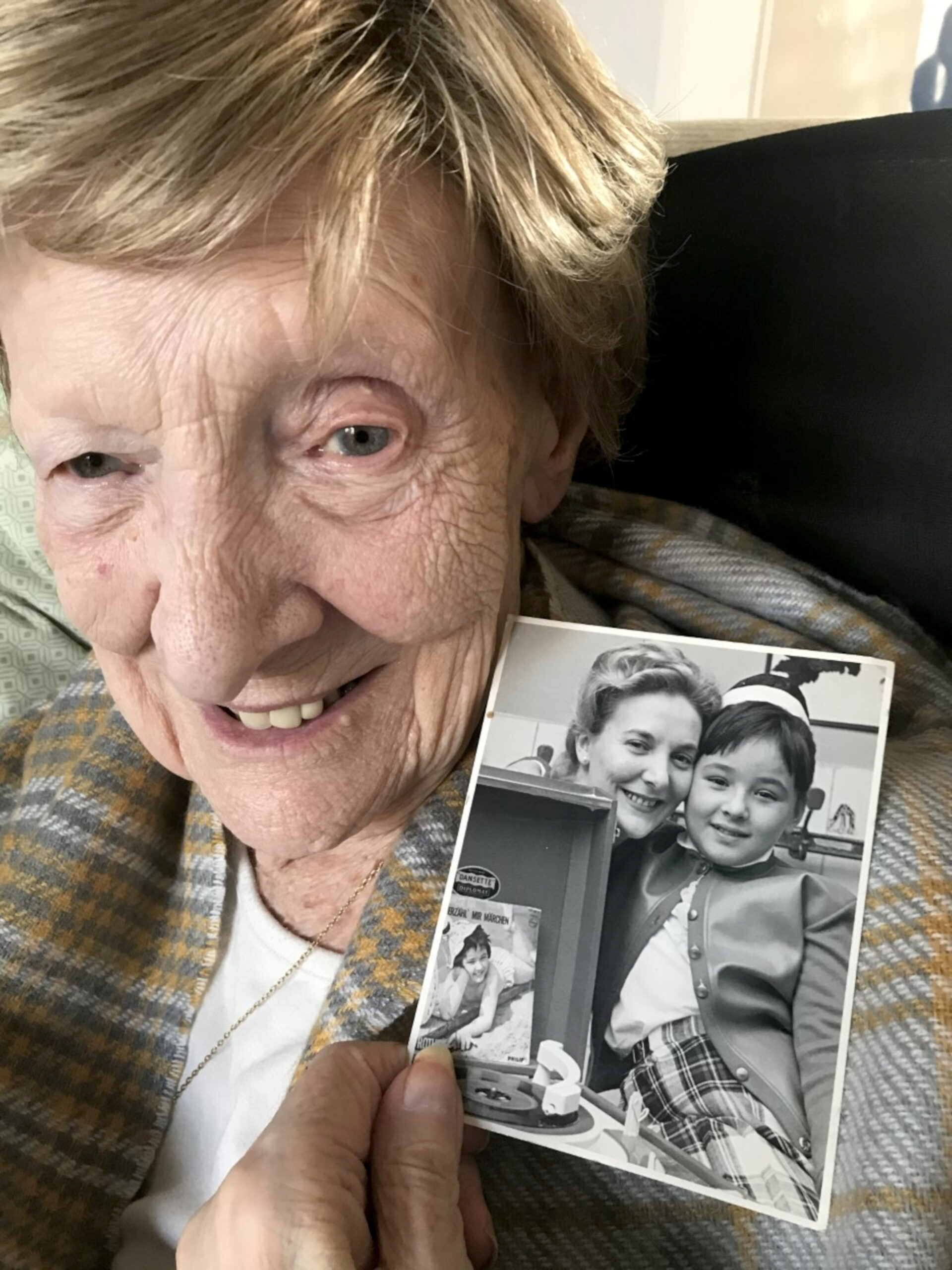 Eileen Thompson, who died at 93, was from Middleton, Manchester. She talked every day about Karin Rother and her dying wish was to find her. (Rob Hyde/Zenger).

The caregiver of a 93-year-old woman who starred in a variety of stage shows is hoping to fulfill her dying wish of finding the child actress she worked with in a 1960 performance of “The King and I.”

Eileen Thomas asked about Karin Rother, who would be in her 60s now, on a daily basis, according to her caregiver Paul Abbott, 65, who lives in the town of Middleton, near Manchester, in central England.

Eileen played alongside Karin at the Palace Theatre in Manchester in the play “The King and I,” in 1960, when the latter was a young child, according to Paul and his family.

She then went on to become a well-known German singer as a child, performing “Polly Wolly Holiday” with German musician and actor Bully Buhlan (1924–1982), which was released in 1963.

Karin used to live on Inkerman Street, according to Paul and his family. They said that the street still exists but there are no houses on it, adding that while in the United Kingdom, Karin attended St. Oswald’s Church of England parish in Collyhurst.

But sadly, however, they said this school has been closed since 1980.

Karin eventually moved to Germany around 1960 – it is still unclear if she was born in the UK or in Germany – and she would send Eileen postcards from Berlin.

But eventually, contact was lost. It was Eileen’s wish, before she died, to have contact with Karin again. She recorded this touching video before her death, telling Karin how much she would like to see her again.

And so Paul tried to find her, to fulfill Eileen’s dying wish of tracking down the young child star she had known all those years ago.

However, without Karin’s date of birth, searches for her in Germany with the Berlin Residents’ Registration Office proved fruitless. In the end, it was not meant to be and Eileen passed away.

But this has not deterred Paul, who is keen to fulfill Eileen’s dying wish of finding Karin, if only so that she can know how much she meant to Eileen.

Speaking to Zenger News in an exclusive interview, Paul said that Eileen had been “the leading lady in about 54 shows from around 16 years of age.”

He added: “In this part of the northwest, she was very well known. So music really was her life and towards the end of her life, she was really quite desperate to get in touch with Karin, who was close to her heart. She met her when Karin must have been somewhere between 3 and 8.”

Eileen Thomas passed away on February 3 at the age of 93 and was cremated on Friday, March 18, 2022, following a service at Manchester Cathedral.

Anyone with information about Karin Rother can contact Paul at [email protected].