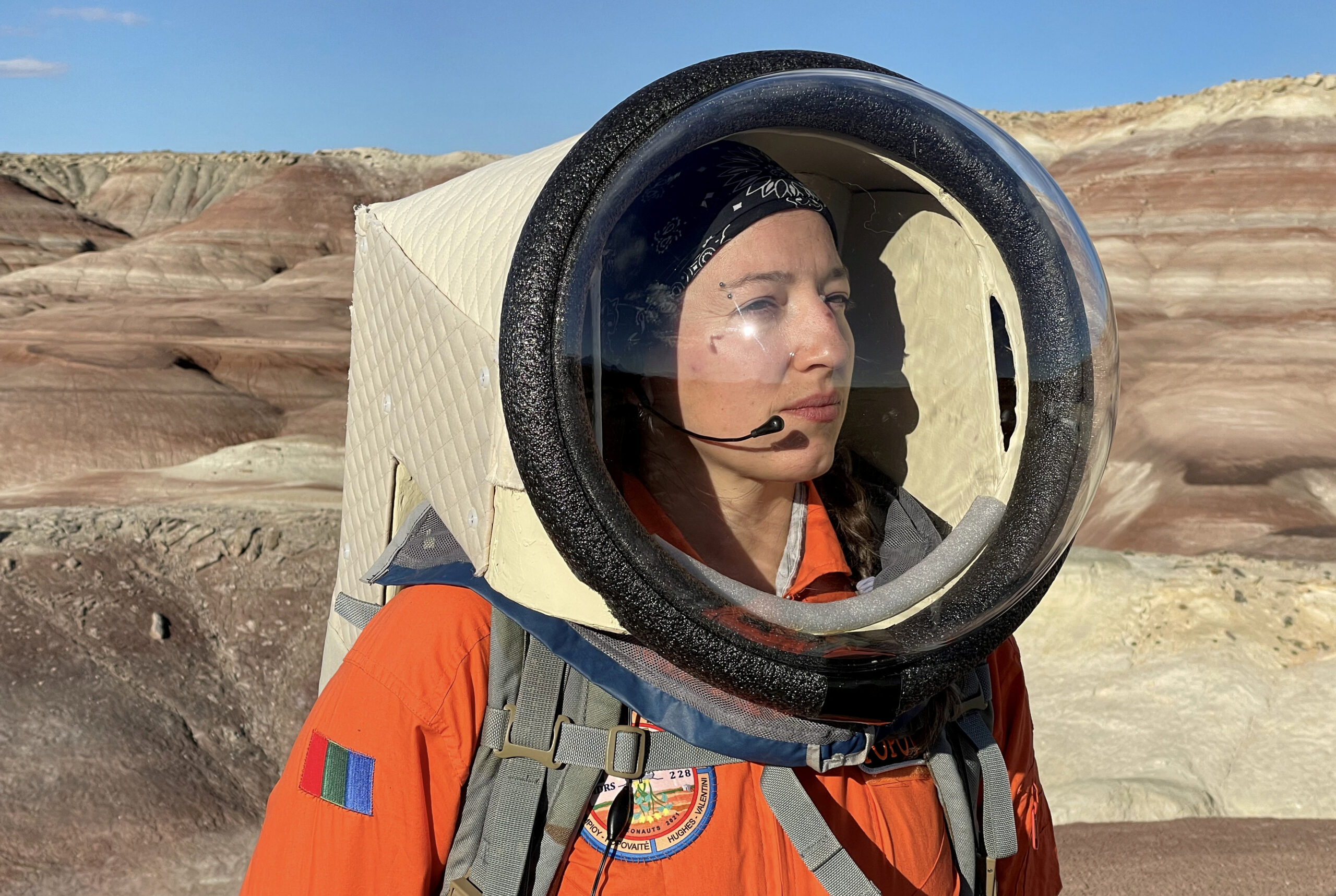 Female astronauts are better suited to lead long-term space missions like a trip to Mars, according to a new study. (Steve Chatterley/Zenger)

Female astronauts are better suited to lead long-term space missions like a trip to Mars, according to a new study.

Both sexes were still heavily task-oriented.

Researchers studied 824 commander reports from the Mars Desert Research Station in Utah which replicates part of the spaceflight experience.

Study author Professor Inga Popovait&edot;, a sociologist at Kaunas University of Technology (KTU) in Lithuania said her findings suggest that women may be better suited for long-term space missions.

She said: “In 10-20 years when the missions to Mars start, it will be mixed-gender groups that will be sent there.

“Also, a female astronaut is preparing for a flight to the Moon in a few years.

“However, there is still a lack of data on women in space due to their low participance in both polar expeditions and space analogs. The dynamics of mixed groups are compared with that of male groups.

“While it is traditionally considered that male leaders are task-oriented and women are more sociable leaders, my research has shown that both male and female commanders were equally focused on task completion.

“The only difference between them was that women more frequently encouraged their team with positive supportive messages.”

As of 2021, only three women have served as commanders in the International Space Station during two decades of its operations.

Although the space is becoming more diverse, little is known about gender differences in leadership in isolated, confined, and extreme environments.

The team analyzed all the reports which had an average length of 348 words.

Moreover, in such discussions, male commanders focused on team spirit, loyalty and accomplishments, and women emphasized mutual support, motivation and a positive environment.

Thirdly, the findings revealed that female commanders tend to use less specific words while talking about their daily activities.

Popovaite said: “The findings are in line with theory, which claims that women are more sociable, communal leaders than men.

She said that whilst leadership traits are culturally aligned with men, female leaders are socially encouraged to be more positive and avoid showing negative emotions like anger.

These traits are more useful in long-term missions where long-term isolation, confinement, and limited resources as well as interpersonal conflict can jeopardize team success.

Popovaite added: “Participation in a simulated space mission is not just about adventure, excitement and discoveries.

“During the mission, the crew is mainly performing mundane tasks: making food, washing dishes, and tidying the environment.

“In these environments, people need to survive for prolonged periods without the emotional and psychological support of their family and friends.

“That’s why a leader, who cares about the emotional needs of their team, becomes more sustainable, especially in the later stages of the mission.”

The study was published in the journal Acta Astronautica.

«Previous Post
The Place Where Hope And Livelihoods Grow In The Galilee»Next Post
Eye’ll Save You: A Woman’s Optician Saved Her Life By Suspecting Her Of Having A Brain Tumor