The video was obtained from the 40th Separate Artillery Brigade of the Ukrainian Armed Forces.
By Joseph Golder June 28, 2022
Facebook
Twitter
Linkedin
Email 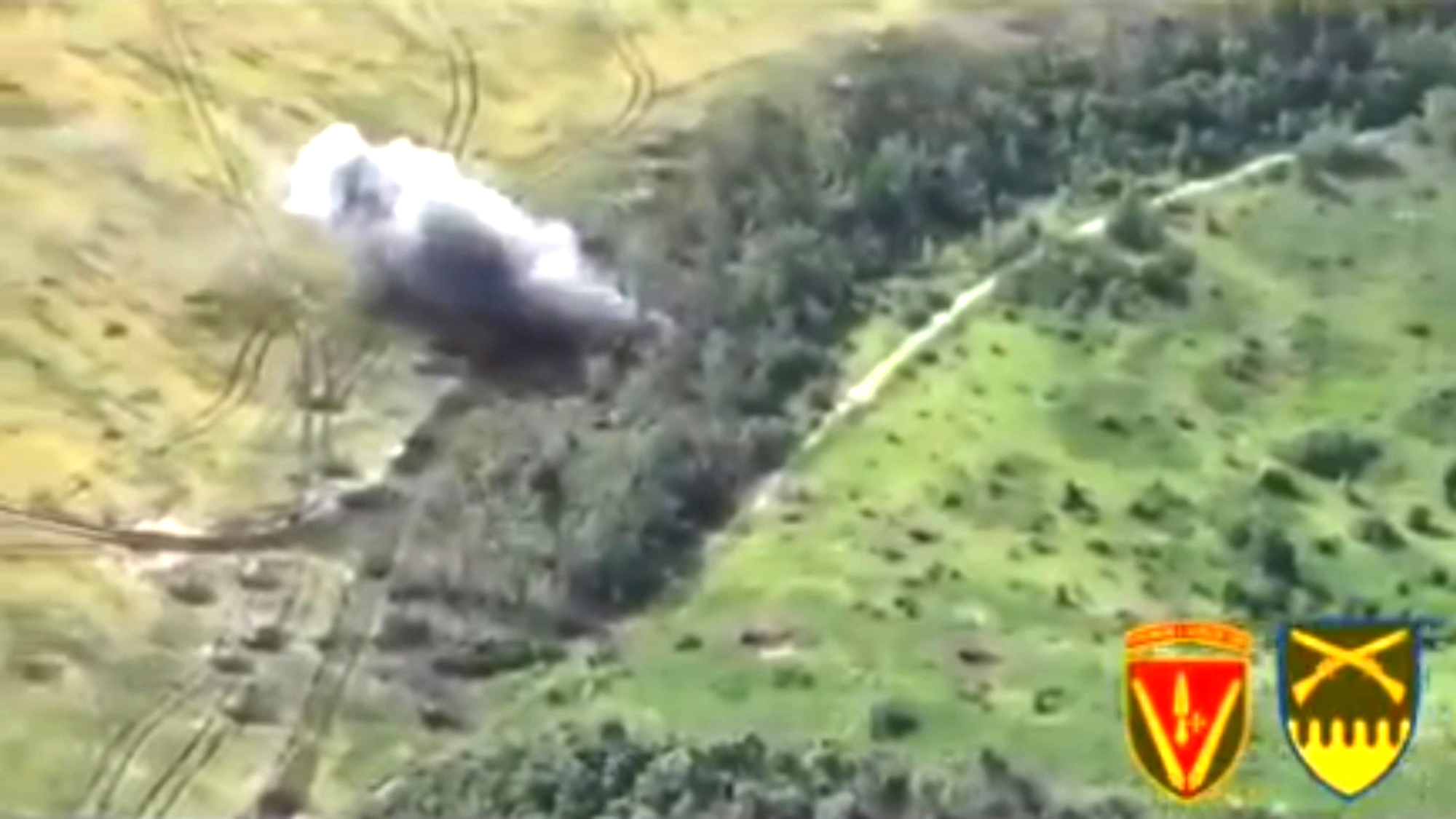 Russian Army under attack with artillery from the 40th Prince Vytautas brigade and 92nd brigade, in June, 2022. (@40OAbrigade/Zenger)

The two armored personnel carriers were hit, reportedly by Ukrainian artillery ordnance, before the tank is also hit and apparently destroyed, as these images show.

It is currently unclear where exactly in Ukraine the images were filmed, but they were obtained from the 40th Separate Artillery Brigade of the Ukrainian Armed Forces, which is based in the city of Pervomaisk, in the southern Mykolaiv Oblast region in peacetime.

The operation was also reportedly carried out by the 92nd Mechanized Brigade, which has been fighting in the eastern Donbas region since 2014.

And the General Staff of the Armed Forces of Ukraine said that the images show the “joint combat work performed by 40th Separate Artillery Brigade and the 92nd Mechanized Brigade.”

While the Land Forces of the Armed Forces of Ukraine said that the images show the “joint work on the demilitarization of the occupiers by 40th Separate Artillery Brigade and the 92nd Mechanized Brigade.”

We contacted 40th Separate Artillery Brigade of the Ukrainian Armed Forces, as well as the Russian Defense Ministry for further comment, but haven’t received a reply at the time of writing.

Russia invaded Ukraine on February 24 in what the Kremlin is calling a “special military operation”. June 27 marks the 124th day of the invasion.

Last week, the European Union approved Ukraine’s application to become a candidate for admission to the bloc, which is currently made up of 27 countries. The decision was hailed in both Brussels and Kyiv as a “historic moment,” with President Zelenskyy saying that “Ukraine’s future is in the EU.”

Russian Foreign Ministry press secretary Maria Zakharova said that Moscow’s response to Lithuania banning the transit of goods, sanctioned by the EU, to Kaliningrad will not only be diplomatic but also practical. But Lithuanian Prime Minister Ingrida Simonyte accused Russia of lying over the blockade, saying that people are still able to travel between Russia and Kaliningrad and that the blockade only affects 1 percent of goods.