Sisters Are Doing It For Themselves In Israel’s Wine Industry

Tal Tauber Gottesdiner’s goal is to widen the work and presence of women in the wine, culinary and spirit industries in Israel.
By Diana Bletter June 28, 2022
Facebook
Twitter
Linkedin
Email 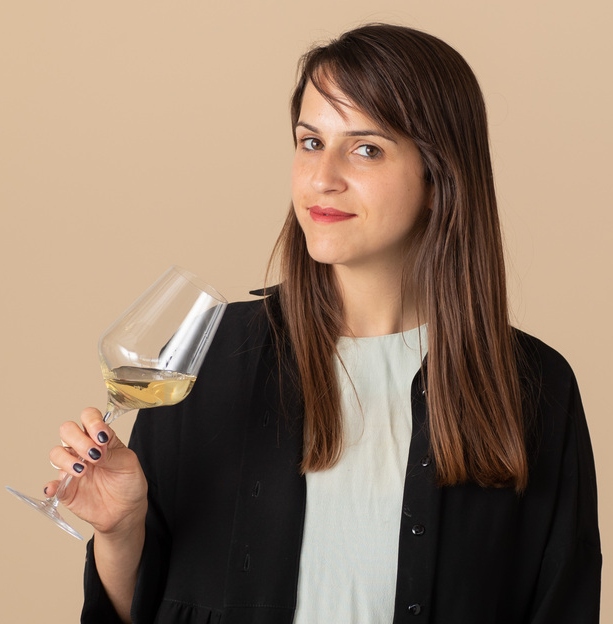 There was never a bottle of wine on the family dinner table when Tal Tauber Gottesdiner, 34, was growing up in central Israel.

Gottesdiner, the founder of HaShizra (The Stem), a community for women in the Israeli wine, culinary and spirit industries, studied psychology and sociology in college. After graduation, she worked with Ethiopian Israeli teenagers and then had a job in marketing.

A few years ago, she thought, “Life is short. What do I really want to do?”

Wine. She wanted to learn about wine.

Gottesdiner tells ISRAEL21c that she studied wine by herself and then signed up for a course through the Israeli branch of the Wine & Spirit Education Trust, a school that is active in 80 countries.

She became intrigued by the way that the scientific study of wine, oenology, is interdisciplinary, blending culture, history and art. She realized that there were a lot of women “who knew about wine but not many women who were visible in the wine industry.”

Out of that need, Gottesdiner organized an event for women in the wine industry – and was surprised when 80 women showed up.

Then Covid-19 hit. And in April 2020, when she gave birth to her first child, Amalia, she felt “isolated and alone” and missed having women in her life.

She started a group on Facebook, reaching out to women in the wine industry, and within a few days, she said, a hundred women contacted her.

The idea for HaShizra was born.

Since February 2021, Gottesdiner’s goal is to widen the work – and presence – of women in the wine, culinary and spirit industries in Israel.

There are approximately 250 wineries in Israel, along with whiskey, spirits and craft beer producers. Women are making inroads in the business; some own and operate wineries and liquor stores, others work in the culinary and hospitality fields or are wine enthusiasts.

For a one-time registration fee of 365 shekels (“Yes, only one shekel a day,” Gottesdiner said, smiling), women have the chance to connect with other women in the field. There are now 900 members, all women, but HaShizra events are open to both women and men.

HaShizra’s opening event in Jaffa for women in the wine industry, May 2021. Photo by Bar Cohen

Although Gottesdiner runs HaShizra as a business, she is committed to doing things that might not necessarily earn money, such as providing a mentoring program that connects established women in the field with beginners. She said the organization aims to give women the tools they need.

HaShizra also connects with other women’s organizations in the wine industry around the world and reaches out to internationally famous experts, including Victoria James, known as New York’s youngest sommelier, and Maria Canabal, founder and president of Parabere, the first forum in the world aiming to empower women in the hospitality industry.

“We have lots to learn from other women,” Gottesdiner said.

What has been most gratifying for her is that she is now able to give to other women what she was missing.

Gottesdiner said that women who came to the Sommelier Exhibition in Tel Aviv in February, the largest wine event in Israel, said they felt less alone and isolated in the business, “as if through HaShizra, they had found their home.”

Because of HaShizra’s presence in social media, she said, a lot of people now assume there’s no longer a problem for women in the spirits industry. Research is needed to show the exact numbers of women in various roles in the industry, however.

Gottesdiner said that over the years, her enthusiasm for wine has rubbed off on her family. She told her father that if he likes history, then he’d like to learn about wine. And she was right.

“There’s now wine on the table every Shabbat,” Gottesdiner said.

The post Sisters are doing it for themselves in Israel’s wine industry appeared first on ISRAEL21c.

«Previous Post
‘Close To A Miracle’: Drought Reveals Submerged Ancient City»Next Post
Why Scent Is The Next Frontier For Technology