The images were obtained from the Russian Ministry of Defense (MoD) on Monday, June 27.
By Joseph Golder June 28, 2022
Facebook
Twitter
Linkedin
Email 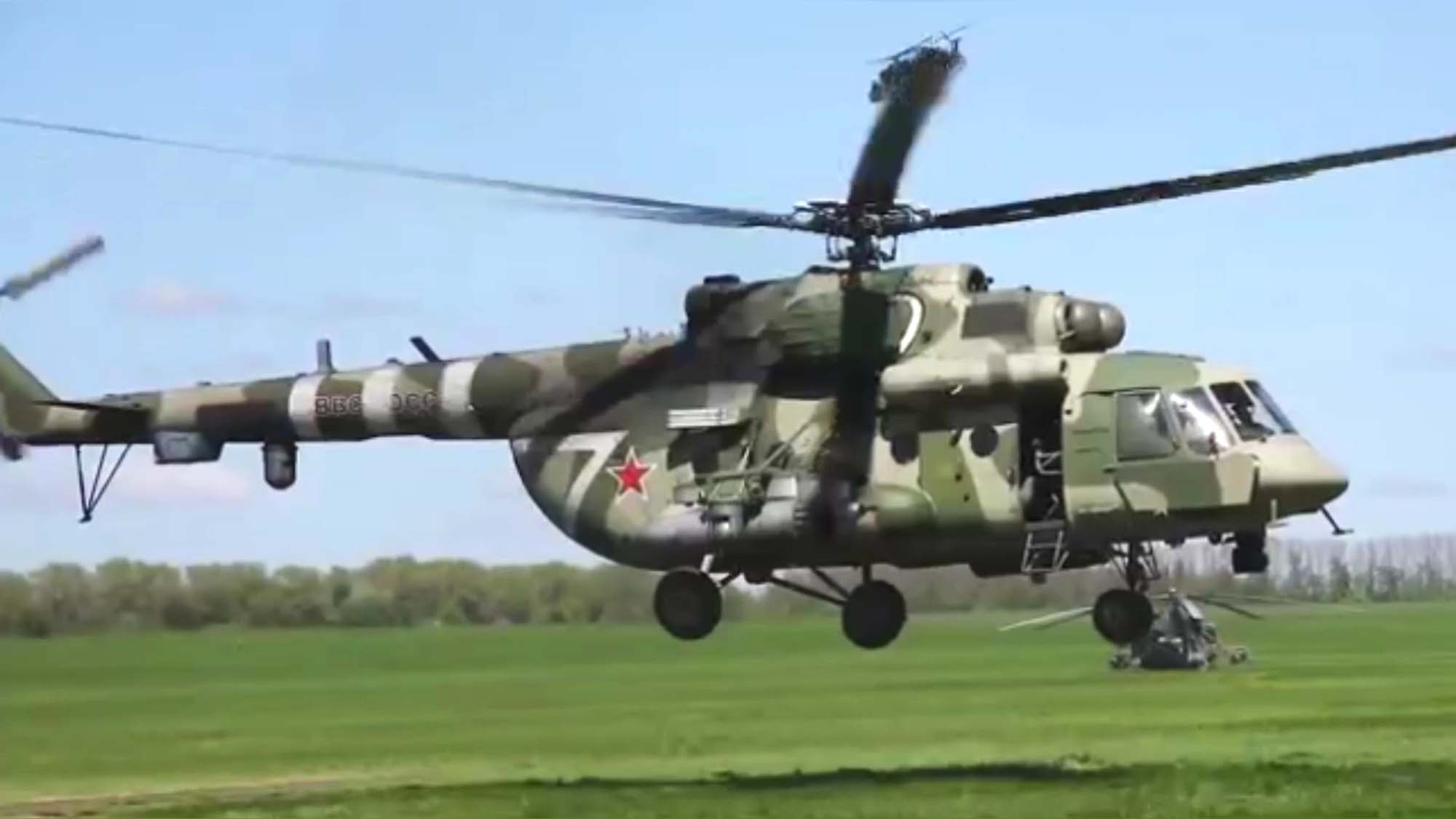 Footage of the work of the crews of Mi-8 helicopters with modern electronic warfare systems installed on board of the Russian Army, in June, 2022. (Ministry of Defense of Russia/Zenger)

Russia has released footage which they claim shows some of their attack helicopters conducting electronic warfare.

A pair of Russian Mi-8 attack helicopters take to the sky before they are seen traveling close to the ground over the countryside somewhere in Ukraine.

They then appear to be at a higher altitude, just above the clouds, before they are again seen lower in the sky as they come in to land, as these images show.

Mi-8 helicopters are used by the Russian military as transport vehicles as well as mobile command posts, gunships and for reconnaissance purposes.

The Russian MoD also claimed: “This allows for the greatest coverage of the area of &ZeroWidthSpace;&ZeroWidthSpace;electronic impact on anti-aircraft missile systems and enemy aircraft, making it impossible to detect objects and direct guided missiles of the air-to-air, ground-to-air and air-to-ground classes.”

Last week, the European Union approved Ukraine’s application to become a candidate for admission to the bloc, which is currently made up of 27 countries. The decision was hailed in both Brussels and Kyiv as a “historic moment”, with President Zelenskyy saying that “Ukraine’s future is in the EU”.