Zenger News obtained a statement from McMaster University, which is located in the port city of Hamilton.
By Joseph Golder June 28, 2022
Facebook
Twitter
Linkedin
Email 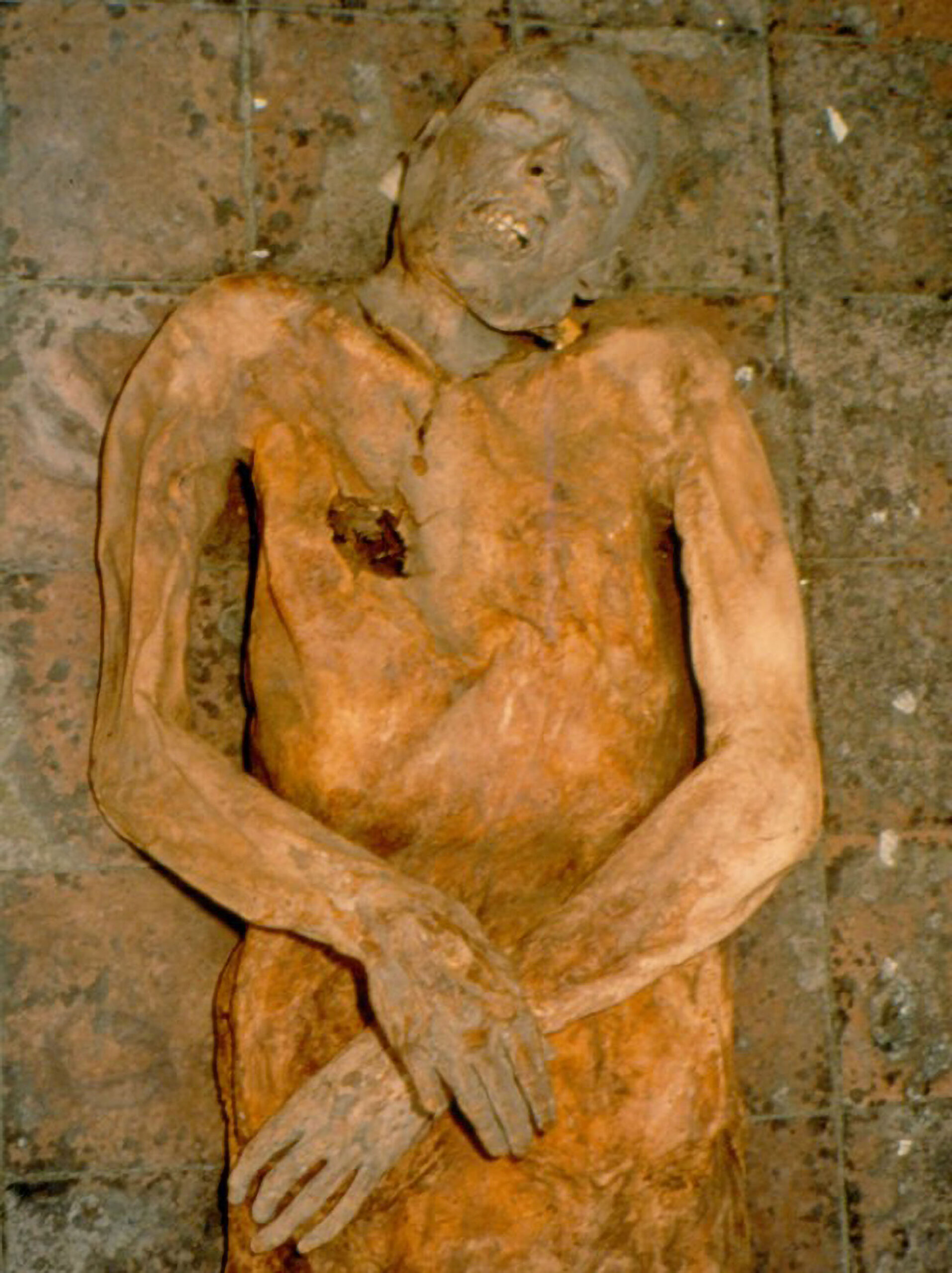 Researchers reconstruct the genome of E. coli, using fragments from gallstone of 16th century mummy. (Division of Paleopathology of the University of Pisa/Zenger).

The oldest known sample of an Escherichia coliform (E. coli) bacteria has been extracted from a 16th-century Italian mummy by an international team of researchers.

Modern E. coli bacteria is often found in the digestive system of healthy humans and animals and while most forms of it are harmless, researchers revealed in their report that “some strains are responsible for serious, sometimes fatal food poisoning outbreaks and bloodstream infections.”

E. coli is also known to be very resistant to conventional treatment methods, including antibiotics.

Zenger News obtained a statement from McMaster University, which is located in the port city of Hamilton, in the Canadian province of Ontario.

The McMaster University statement said: “An international team led by researchers at McMaster University, working in collaboration with the University of Paris Cité, has identified and reconstructed the first ancient genome of E. coli, using fragments extracted from the gallstone of a 16th-century mummy.”

The university explained that E. coli is “a major public health concern” that causes a significant number of deaths every year. The bacteria lives inside humans but can “act as an opportunistic pathogen infecting its host during periods of stress, underlying disease or immunodeficiency.”

Little is known about this evolutionary history, with the researchers saying that it is unclear when it became resistant to antibiotics.

The statement said: “Unlike well-documented pandemics such as the Black Death, which lingered for centuries and killed as many as 200 million people worldwide, there are no historical records of deaths caused by commensals such as E. coli, though the impact on human health and mortality was likely tremendous.”

Evolutionary geneticist Hendrik Poinar, director of McMaster’s Ancient DNA Center and a principal investigator at the university’s Michael G. DeGroote Institute for Infectious Disease Research, said: “A strict focus on pandemic-causing pathogens as the sole narrative of mass mortality in our past misses the large burden that stems from opportunistic commensals driven by the stress of lives lived.”

The statement said: “Having the genome of a 400-year-old ancestor to the modern bacterium provides researchers a point of comparison for studying how it has evolved and adapted since that time.

“The mummified remains used for the new study come from a group of Italian nobles whose well-preserved bodies were recovered from the Abbey of Saint Domenico Maggiore in Naples in 1983.

“For the study, the researchers conducted a detailed analysis of one of the individuals, Giovani d’Avalos. A Neapolitan noble from the Renaissance period, he was 48 when he died in 1586, and thought to have suffered from chronic inflammation of the gallbladder due to gallstones.”

George Long, a graduate student of bioinformatics at McMaster who co-led the study along with Jennifer Klunk, said: “When we were examining these remains, there was no evidence to say this man had E. coli. Unlike an infection like smallpox, there are no physiological indicators. No one knew what it was.”

The statement said: “The technological feat is particularly remarkable because E. coli is both complex and ubiquitous, living not only in the soil but also in our own microbiomes.

“Researchers had to meticulously isolate fragments of the target bacterium, which had been degraded by environmental contamination from many sources. They used the recovered material to reconstruct the genome.”

Erick Denamur, the leader of the French side of the international team of researchers, said: “It was so stirring to be able to type this ancient E. coli and find that while unique it fell within a phylogenetic lineage characteristic of human commensals that is today still causing gallstones.”

Long said: “We were able to identify what was an opportunistic pathogen, dig down to the functions of the genome, and to provide guidelines to aid researchers who may be exploring other, hidden pathogens.”

The discovery was published in the academic journal Communications Biology under the title ‘A 16th century Escherichia coli draft genome associated with an opportunistic bile infection’ on June 16.

The study was also conducted in collaboration with researchers at the University of Pisa in Italy and the French Institute of Medical Research (INSERM).

«Previous Post
Dawn Of Mankind: Fossils Of Our Earliest Ancestors Are A Million Years Older Than Previously Thought»Next Post
Cyst Scare: A Woman Looked ‘Nine Months Pregnant’ After She Mistook An Ovarian Cyst For A Baby