"I've never thought about it really, but I suppose we don't count ourselves as good musicians.”
By Simona Kitanovska June 28, 2022
Facebook
Twitter
Linkedin
Email 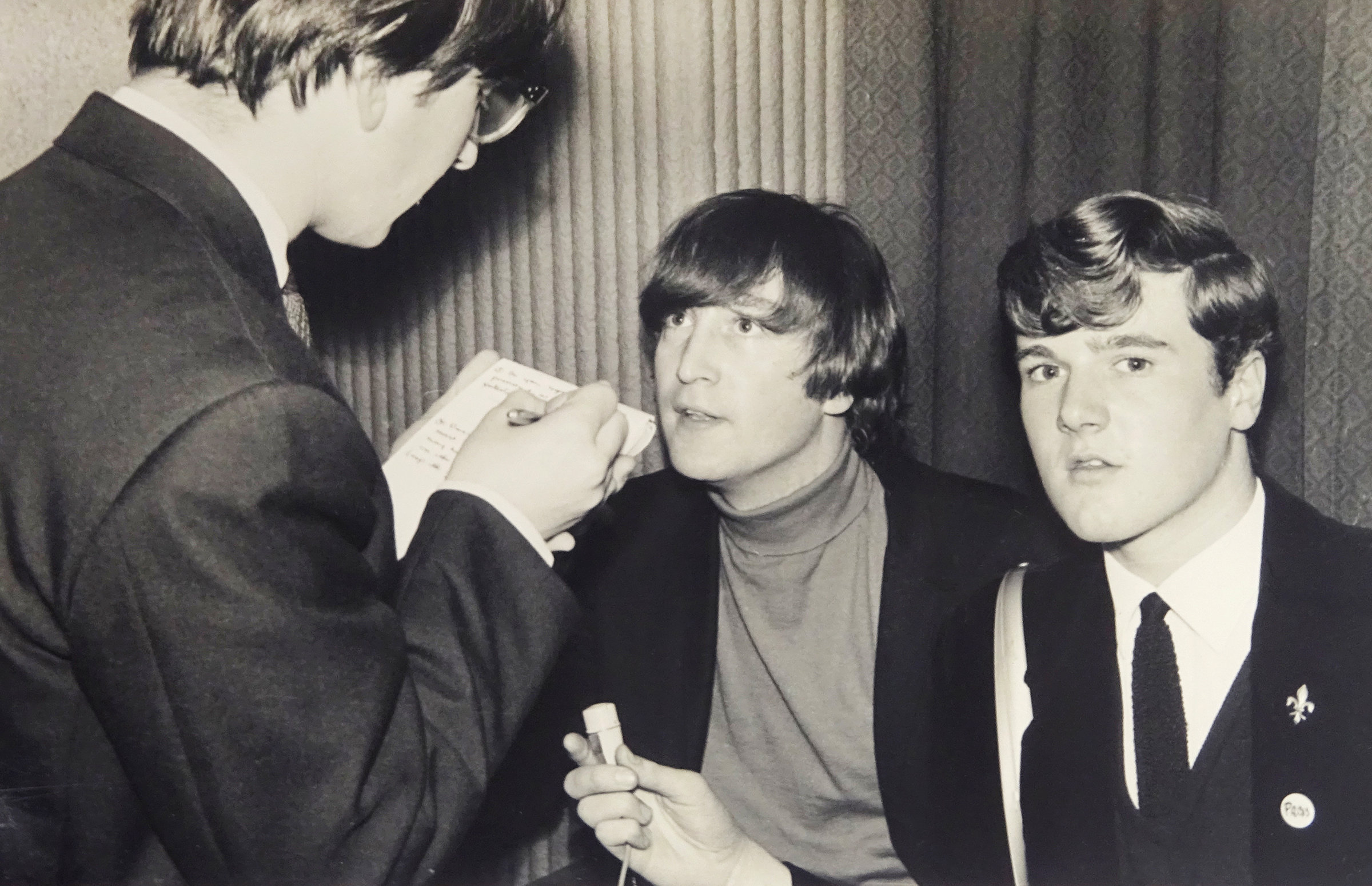 John Lennon revealed he didn't think the Beatles were good musicians to a student journalist - who'd blagged his way into a press conference before a gig. (Simon Galloway/Zenger)

John Lennon revealed he didn’t think the Beatles were good musicians to a student journalist – who’d blagged his way into a press conference before a gig.

In a remarkable recording, the legendary lyricist let slip the Fab Four counted themselves more as entertainers than musicians.

And he said they had to fight to write their songs as their record company wanted them to perform cover versions.

In a wide-ranging, never-broadcast interview, Liverpool-born Lennon also said he’d be a layabout if he weren’t such a successful musician.

And he said the Beatles hoped they could get rich quick before their fame subsided – and even joked about hiding their money from future Labour PM Harold Wilson.

He made the staggeringly candid comments to 18-year-old John Hill during a gig in Hull, East Yorks., in 1964.

Art student John, who wrote for his college magazine, paid to get into the concert but blagged his way into the pre-gig press conference where he recorded their chat.

Asked if the Beatles regarded themselves primarily as musicians or entertainers, Lennon mused: “I’ve never thought about it really, but I suppose we don’t count ourselves as good musicians, so I suppose we’re entertainers.

“But we don’t entertain much ‘cos we just stand there, so I suppose we must be musicians. We’re in the union anyway.”

Lennon also told John: “We were told at the beginning to record other stuff, but it was us who forced the issue to record our own songs.

“We nearly recorded ‘How Do You Do it’, Gerry and the Pacemakers, and some other crap they gave us.”

During the chat, he also tells John he had friends do his art college exams for him when he was away touring with the group in Scotland.

And he revealed he never told the college he was going to Germany because he ‘wanted his grant.’

He also declined to send a message to the art students of Hull to keep working because he ‘never did much myself.’

The recording of the remarkable interview, taped as Beatlemania swept Britain, has come to light almost 60 years on.

John was tasked to do a report for the art college magazine and the student rag mag.

He paid to get into the cinema and then bluffed his way into the room where group members were talking to the press.

John later recalled: “I couldn’t do shorthand, so I had borrowed a Fi Cord, an early portable reel-to-reel tape recorder, from a friend and took that along.

“I was the youngest person in the room and the only one with a microphone. That got John Lennon’s attention.

“He was really interested in the machine and we ended up in a corner doing an interview with passing newsmen throwing in the odd question.”

The extraordinary recording lay unplayed in a drawer for the next 50 years until John, a former teacher and university lecturer, was having a clear-out.

He sold it to the current owner, a collector of Hull antiquities and memorabilia.

Auctioneer Graham Paddison said: “One of the most striking things about the recording is just how relaxed the two of them were together, just two art college students chatting.

“At one point, the Beatle ended up holding the microphone whilst the student struggled with his kit.

“Lennon was as friendly as could be – not flippant or jokey or clever dick – treating his young interviewer’s questions with respect, which of course, makes his answers interesting.

“It was of course another age. Some of John’s comments would give the PR teams that surround modern stars heart failure.”

The tape, the recording machine, and student magazine articles will go under the hammer at David Duggleby Auctioneers in Hull this Friday at 2 pm.

«Previous Post
What The Choc: Swiss Legend Toblerone Slopes Off To Slovakia»Next Post
Four Out Of Five Apps For Preschool Kids Designed To Make Money Off Them