“The robot can stably absorb pollutants and recover its robustness and functionality even when damaged.” 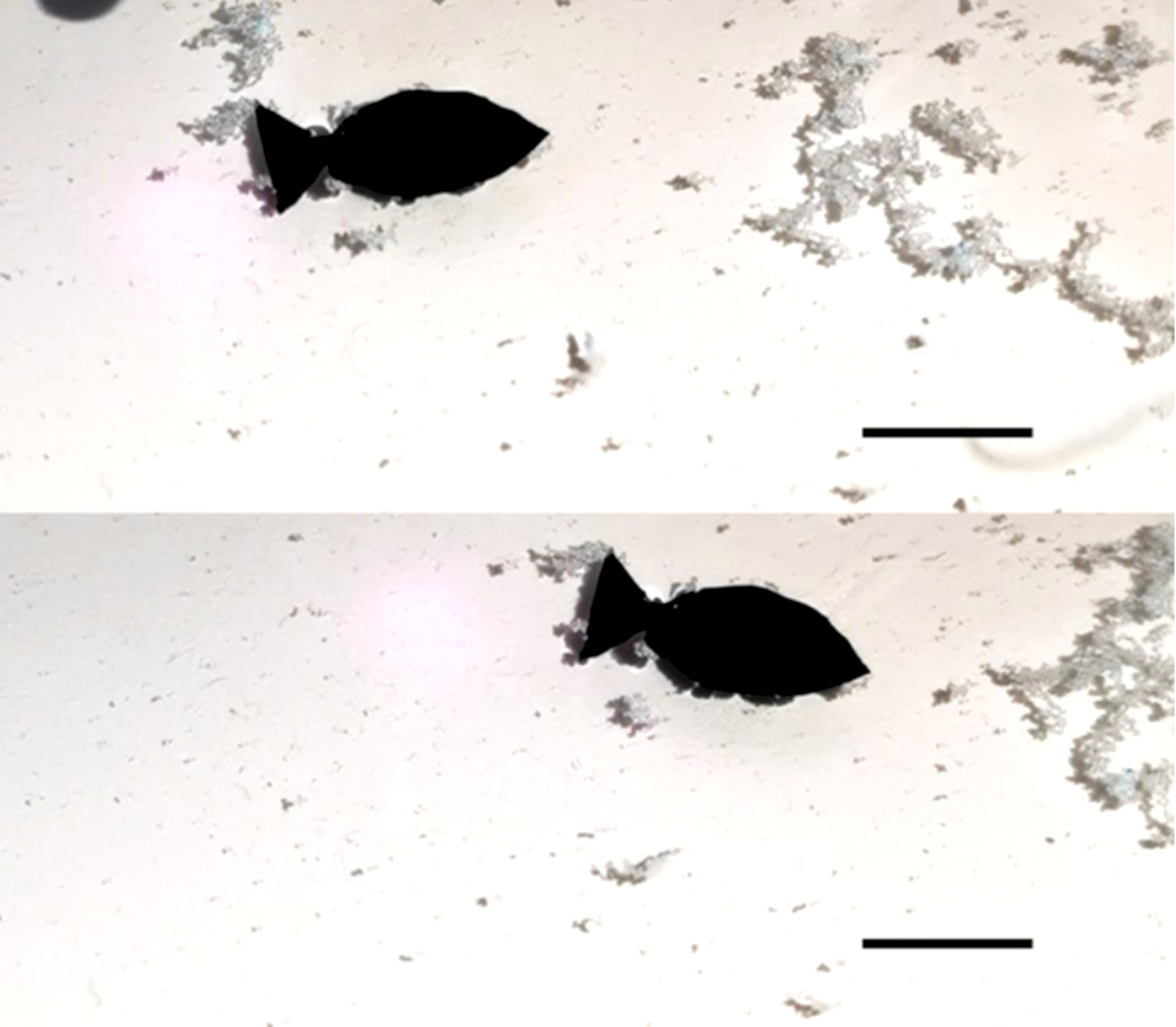 Scientists have created fish-shaped robots to swim around and collect microplastics from the oceans’ nooks and crannies.

Microplastics, tiny plastic particles that can be harmful to marine animals when ingested, settle at the bottom of waterways and are hard to remove from the environment.

Chinese scientists have developed a small, self-propelled robot that can ‘swim’ into the oceans’ hard-to-reach spots and clean them up.

Xinxing Zhang and his fellow researchers wanted to create a durable new material for the robot as elastomers and hydrogels, commonly used for making soft robots, are easily damaged in marine environments.

Nacre, also known as ‘mother of pearl’, found on the inside of clam shells, has layers of calcium carbonate mineral-polymer composites and a mostly silk protein filler that make them strong and flexible.

Using mother of pearl as a basis, the research team linked cyclodextrin to sulfonated grapheme to create composite nanosheets that were then turned into polyurethane latex mixtures.

Layer-by-layer, the research team formed a fish-shaped robot that was 15 millimeters long and able to swim into tight spaces.

The robot is able to move 2.67 body lengths per second with the use of a near-infrared light laser that causes the tail to flap when rapidly turned on and off, propelling it forward.

The robot is able to absorb polystyrene microplastics in the water and transport them elsewhere.

Meanwhile, researchers showed that the material is able to heal itself after being damaged and therefore maintain its ability to continually absorb microplastics, adding that the robots could be used to monitor pollution levels in harsh marine environments.

“Its speed is comparable to that of plankton – representing the outperformance of most artificial soft robots.

“Furthermore, the robot can stably absorb pollutants and recover its robustness and functionality even when damaged.”

“We anticipate our nanostructural design will offer an effective extended path to other integrated robots that required multifunction integration.”

Around 24 trillion microplastic pieces are estimated to be in the world’s oceans, according to a study by Kyushu University.

The plastic pieces can be harmful to animals if ingested, especially once settled at the bottom of our rivers, lakes and oceans.