Cyst Scare: A Woman Looked ‘Nine Months Pregnant’ After She Mistook An Ovarian Cyst For A Baby

Hollie Welham believed she was expecting after she started feeling nauseated and noticed her stomach ‘growing’ in January 2022.
By Simona Kitanovska June 28, 2022
Facebook
Twitter
Linkedin
Email 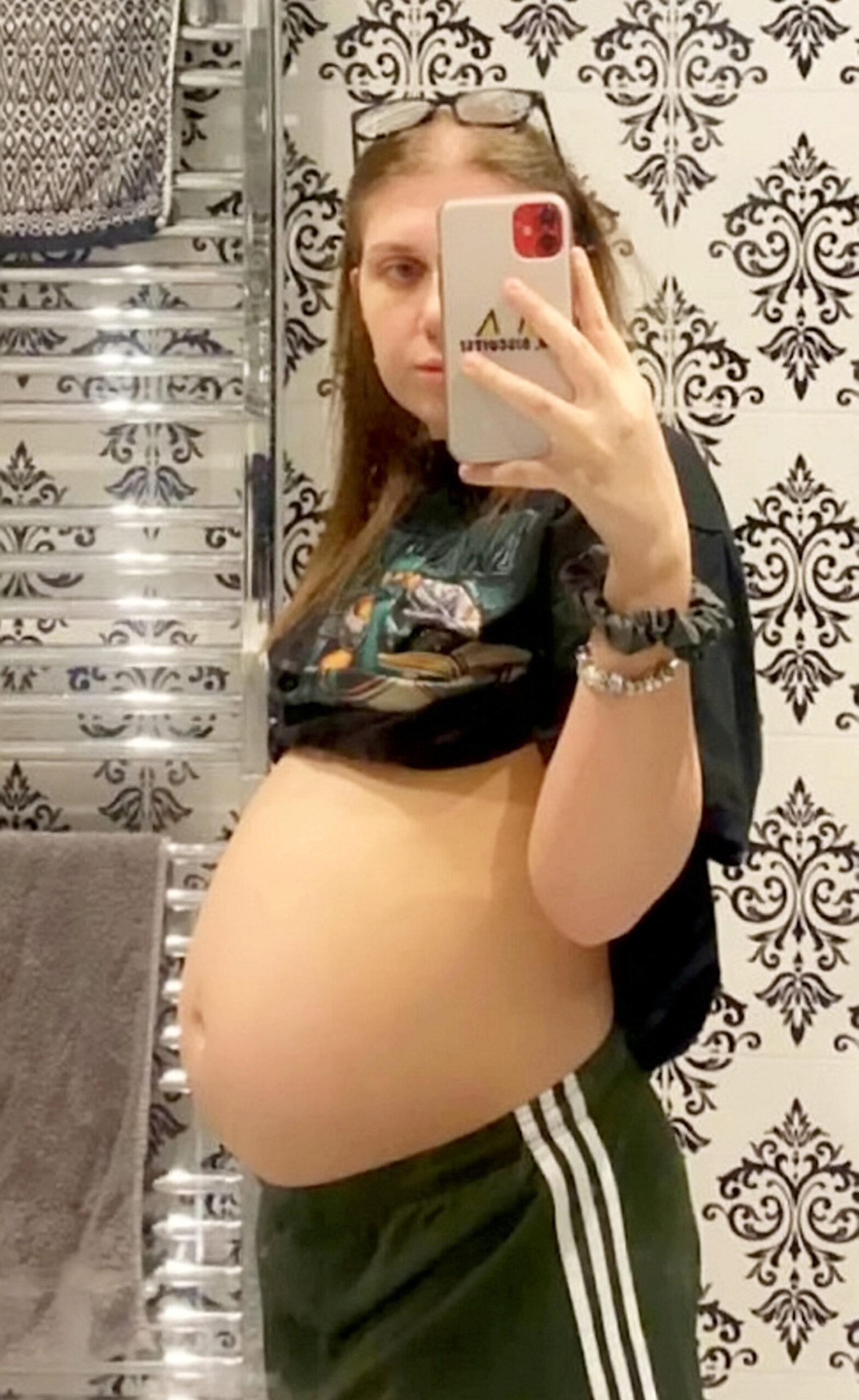 A woman looked 'nine months pregnant' after she mistook an ovarian cyst for a baby - and it grew to the size of a football inside of her stomach. (Hollie Welham/Zenger)

A English woman looked ‘nine months pregnant’ after she mistook an ovarian cyst for a baby -and it grew to the size of a football inside of her stomach.

Hollie Welham, 21, believed she was expecting after she started feeling nauseated and noticed her stomach ‘growing’ in January 2022.

But when all the tests came back negative, Hollie was referred for an ultrasound as her symptoms continued to worsen – including severe cramps, bleeding, and back pain.

Doctors discovered she wasn’t carrying a baby, but a large cyst was growing on her right ovary and while waiting for surgery to get it removed, Hollie watched has her stomach ‘grew and grew’ each day.

By the time she had laparoscopic surgery in May 2022, the cyst had grown to 27cm (10.6 inches) – larger that a football – and Hollie’s stomach and ballooned in size due to fluid build-up.

A surgeon at Musgrove Hospital, Taunton, in the west of England, successfully removed the cyst, along with her right ovary and fallopian tube, and Hollie has shrunk back to her normal size eight frame.

Hollie, a health care assistant, from Bridgwater, Somerset, said: “At first, I thought I was pregnant.

“All of the symptoms pointed towards it because my stomach was growing bigger each day – like a bump.

“I can’t believe how big my tummy got – I looked nine months gone.

“I couldn’t fit into any jeans and even leggings felt too tight and painful on my stomach.

“I was so uncomfortable, but I’m so pleased they spotted the cyst and managed to
remove it.”

She also struggled to fit into some of her clothes and felt extremely bloated.

Hollie said: “I thought it was from overdoing it at Christmas.

“But when the bloating and pain got worse, I thought I might be pregnant.

“I took a few pregnancy tests, but everything came back negative.

“It was quite scary, and I had no idea what it could be or whether I was just going be like
this now.”

She booked an appointment with the GP to see what was causing the issues.

Hollie claims the doctor felt a ‘lumpy’ in her stomach and referred her for an ultrasound scan.

She said: “They offered a scan for five weeks’ time, but I couldn’t wait that long.

“My stomach was getting bigger each day and I was in so much pain.”

A week later, in March 2022, Hollie managed to undergo a scan which revealed she had a large cyst growing on her right ovary.

By this point, Hollie said her stomach felt ‘solid’ and she was continuing to bloat due to a build-up of fluid.

“I read anything over 10cm [3.9 inches] is large for a cyst on your ovary and quite rare.

“But they said it wasn’t benign and not cancerous or anything to worry about.

“I can’t believe how big I got – I looked like I was about to give birth, I had such a big ‘bump’.

“I was in so much pain because it was a lot of extra weight to carry around.”

Hollie was booked in an operation in May 2022 at Musgrove Hospital, Taunton, where doctors performed keyhole surgery to remove the cyst.

By the time the cyst was removed, it had grown larger than 27cm (10.6 inches) – around the size of a
football.

Doctors were able to remove the entire cyst as well Hollie’s right ovary and fallopian tube.

She said: “They had to remove my ovary as well because the cysts had grown inside of it.

“It shouldn’t affect my fertility – you can still have children with one ovary, it just might take longer.

“I had some great support from my family and boyfriend Isaac, 20.

“My stomach is still a bit sore and bloated but it’s massively reduced in size.

“I want to share my story to help other look out for the signs and symptoms.

“It was quite scary at the time but I’m recovering well now.”