The video was shared on TikTok by the boy’s father ‘LokoReek’ on June 13 and it has gone viral with 13.6 million views.
By Lee Bullen June 28, 2022
Facebook
Twitter
Linkedin
Email 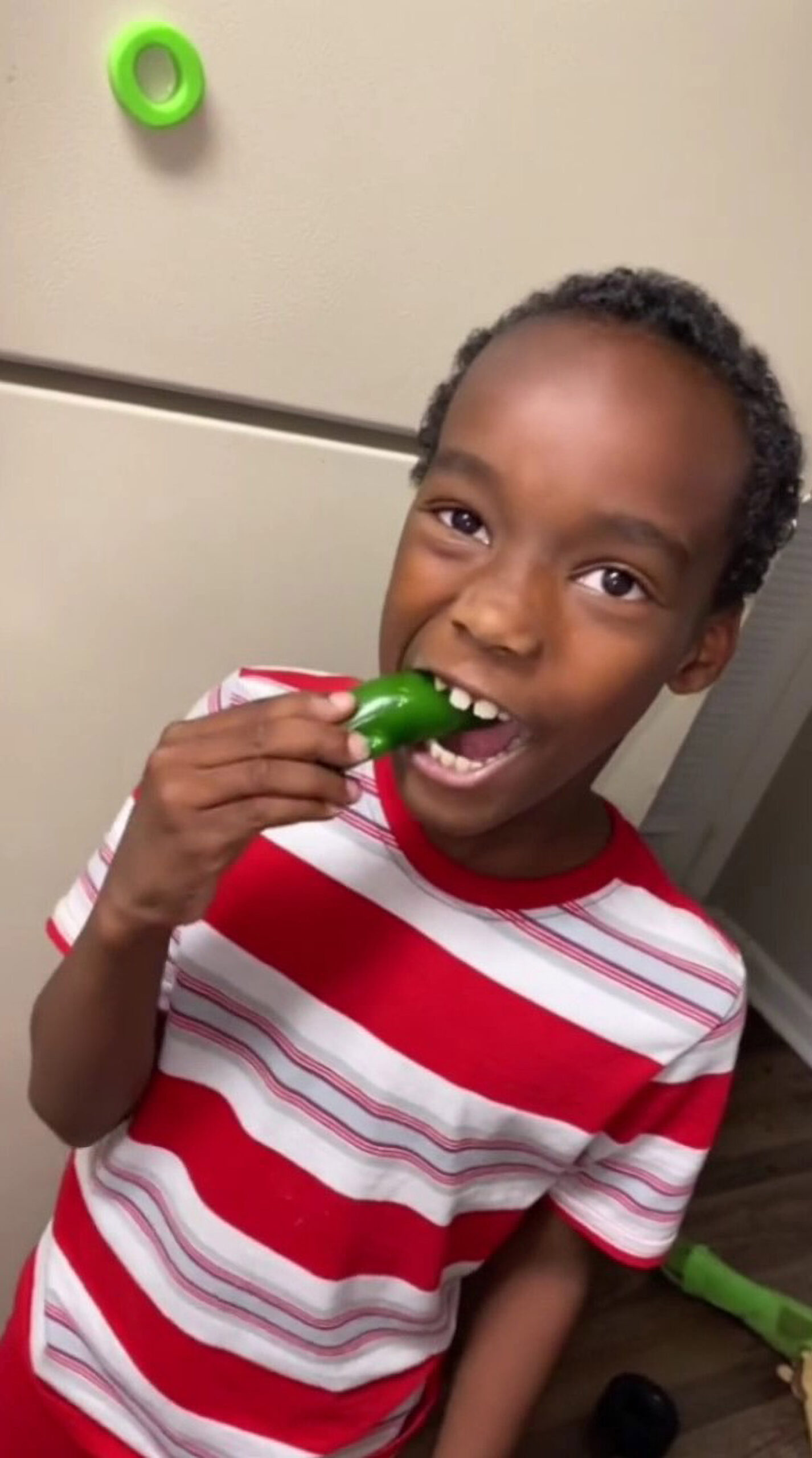 This is the moment a cocky kid bites into a super hot chili and tearfully begs his parents to call 911.

The video was shared on TikTok by the boy’s father ‘LokoReek’ on June 13 and it has gone viral with 13.6 million views.

According to the man’s TikTok bio, the family lives in the city of Winston-Salem in Forsyth County located in the U.S. state of North Carolina.

The father wrote: “Wait for it… and yes he is okay.”

In the footage, the boy is seen biting into the green chili in the family kitchen while a caption reads: “Where he messed up at.”

The screen goes blank and then the boy is then seen standing next to the sink while gulping down cold water from a plastic cup.

The caption reads “wait for it” and includes a laughing emoji.

Then he’s seen in front of the sink saying: “I didn’t know it was that hot!”

Finally, the youngster breaks down in tears and starts to sob in front of his family.

According to Katie McCallum from Houston Methodist Hospital, the boy’s choice of cold drink might just have made things worse.

McCallum explains: “Drinking water will basically just spread this molecule around your mouth – setting off even more of your pain receptors.”

Instead of water, it is recommended to down a glass of milk as a dairy protein known as casein can break down the stinging sensation.

The boy’s father said his son later started drinking milk to ease the pain after the video ended, adding that he was fine shortly afterward and is now “ready for the next challenge”.

Chili peppers contain capsaicin which is produced by the plant as a protection against being eaten, and gives them their spicy taste, and some that are cultivated are known to be excessively strong and spicy.

They have been part of the human diet since around 7,500 BC and although they originated in Bolivia, they were first cultivated in Mexico from where they then spread around the world and were used not just in food, but also in traditional medicine.

They are available in both yellow, red and green varieties and were first introduced in Europe when Christopher Columbus and his crew reached the Caribbean and discovered the vegetables which they called “peppers” as there were similar to the black pepper with which they were more familiar.

In 2019 the world production of raw green chili peppers was reported to be somewhere in the region of 38 million tons of which half was produced in China. The chili Peppers ended up in China after being bought there by Portuguese traders who also later introduced them to India.

It is not known how hot the chili pepper was that the boy ate but they come in different strengths and grades.

«Previous Post
Great Minds Alike: What Albert Einstein, Pablo Picasso And Steve Jobs All Had In Common»Next Post
The Place Where Hope And Livelihoods Grow In The Galilee