Vans Strides Into The Metaverse 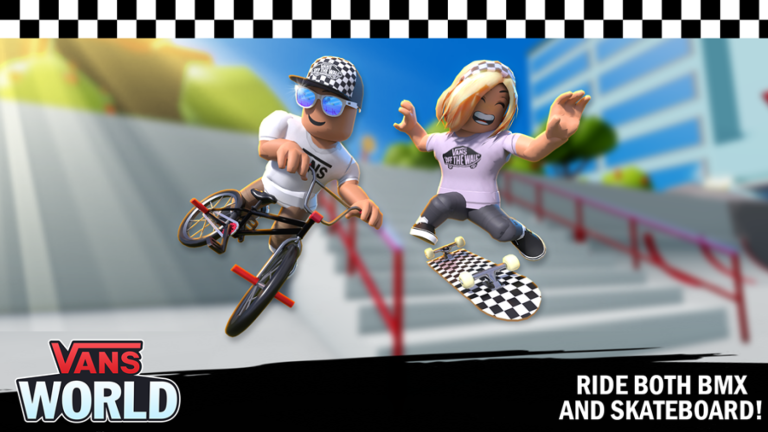 Vans, a company that debuted in 1966, claims to be the first brand to combine skating and fashion on the Roblox platform.

Vans World has added another first to its history.

It says it is the first brand to combine skating, fashion and community on Roblox.

Roblox is a global platform that connects millions of people through shared virtual experiences. Users can explore a sizable open world, find skate places, go to the House of Vans, learn and execute tricks with the board and gather “Waffle” coins to obtain vintage or collector footwear for their avatars.

Users can also practice their ollies and kickflips in a 3D environment. It was created to simulate the movements of the boards and customize apparel with distinct accessories, such as wings with the company’s checkerboard print.

(An ollie is a snowboard or skateboard move where someone catches air by lifting themselves off the ground. However, a kickflip in skateboarding is when the board rotates 360 degrees.)

In Roblox, there are no restrictions on what you can imagine, and the virtual realm of Vans World tests even the most seasoned gamers’ ingenuity. The version of the brand made for House of Vans is among the most recognizable locations in the metaverse.

The historic house has a different area from those in real life, but preserves the concept by incorporating a skate park inside it.

To become one of the top 10 most frequented and sponsored Roblox virtual worlds, Vans had to integrate the brand’s DNA into the digital setting. The first skate park the company created was in Orange Mall in Newport Beach, California, in 1998. The legendary “Vans Off The Wall Skate Park” served as the source of inspiration.

The Ollie School children’s and youth skateboarding competition in male and female categories, the launch of a pro model board by Ldica, projections of local projects and video segments of the Vans Mexico team and a presentation of Vans World for all attendees were among the events featured.

The company began in 1966. Brothers Paul Van Doren and Jim Van Doren, along with partners Gordon Lee and Serge Delia, launched the business in Anaheim, California. The Van Doren Rubber Co. manufactures shoes on premises and sells them directly to the public. By the end of the 1970s, the company had 70 stores in California and dealers in the U.S. and abroad; that number is now nearing 500.