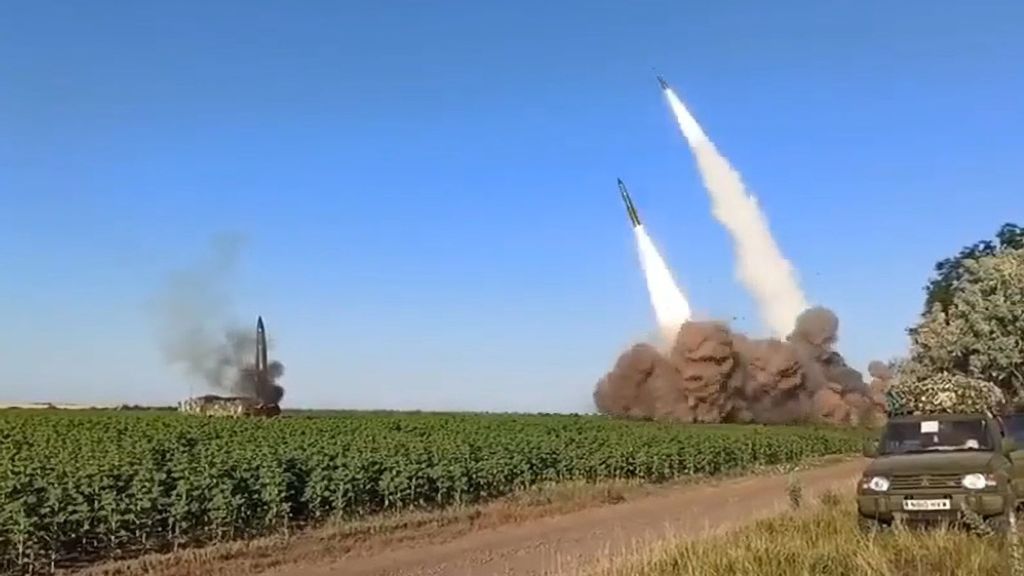 Combat launches of Tochka-U by the Armed Forces of Ukraine at the Russian military positions in Ukraine. (@AFUStratCom/Zenger)

Three ‘Tochka’ tactical ballistic missiles are being fired from mobile missile launch systems deployed in a field somewhere in Ukraine from what be seen on the footage.

It is unclear where exactly in Ukraine the images were filmed but the footage was obtained from the Strategic Communications Department of the Armed Forces of Ukraine, who said that it shows the “launch of three ‘Tochka’ OTRs [tactical ballistic missiles] at the positions of orcs and ammunition depots.”

The Ukrainian forces regularly refer to the invading Russian military forces as “orcs.”

We contacted the Strategic Communications Department of the Armed Forces of Ukraine for further comment, as well as the Russian Ministry of Defense, but had not received a reply at the time of writing.

On Thursday, June 23, the European Union approved Ukraine’s application to become a candidate for admission to the bloc, which is currently made up of 27 countries. The decision has been hailed in both Brussels and Kyiv as a “historic moment,” with President Zelenskyy saying that “Ukraine’s future is in the EU.”

US intelligence has revealed that Russia is mining the Black Sea ports of Odesa and Ochakiv to throttle Ukraine’s ability to export grain.

Russia conducted an anti-ship missile exercise in the Baltic Sea this week, amid escalating tensions with NATO member Lithuania after the country blocked the transit of some goods to the Russian exclave of Kaliningrad.