The coordinated operation was reportedly carried out by the Special Operations Forces (SSO) of Ukraine. 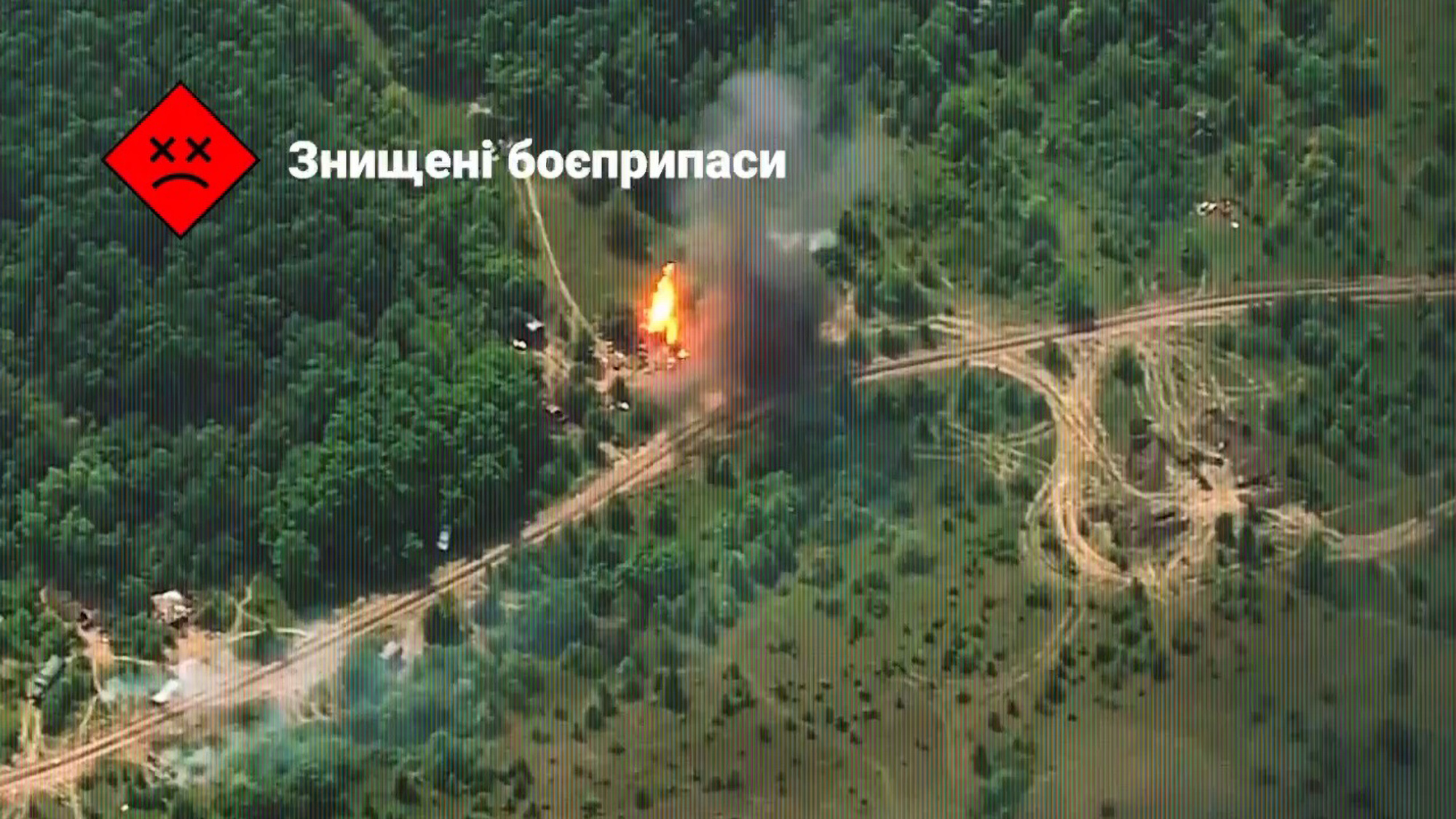 The coordinated operation was reportedly carried out by the Special Operations Forces (SSO) of Ukraine, which is a branch that is exclusively made up of ‘Spetsnaz’ units – a type of special forces that typically carry out special reconnaissance operations, acts of sabotage, and psychological warfare.

It is currently unclear where exactly the images were filmed, but the footage was obtained from the Command of the Special Operations Forces of the Armed Forces of Ukraine on the evening of Thursday, June 23, along with a statement saying: “SSO operators of Ukraine together with artillerymen masterfully set up tasks for the destruction of enemy equipment, ammunition and manpower.

“This was preceded by an accurate reconnaissance of enemy clusters. SSO soldiers determined several locations where the Russian military kept heavy weapons and ammunition.

“Later, our artillery joined the cause of destroying the enemy forces. Thanks to precise adjustments by the SSO operators of Ukraine, the Russian occupiers suffered considerable losses.”

The footage and a statement were also relayed by the Strategic Communications Department (StratCom) of the Armed Forces of Ukraine.

We contacted the Command of the Special Operations Forces of the Armed Forces of Ukraine for further comment, as well as the Russian Ministry of Defense, but had not received a reply at the time of writing.

Russia invaded Ukraine on February 24 in what the Kremlin is calling a “special military operation.” June 24 marks the 121st day of the invasion.

On Thursday, June 23, the European Union approved Ukraine’s application to become a candidate for admission to the bloc, which is currently made up of 27 countries. The decision has been hailed in both Brussels and Kyiv as a “historic moment”, with President Zelenskyy saying that “Ukraine’s future is in the EU”.

Russia conducted an anti-ship missile exercise in the Baltic Sea this week amid escalating tensions with NATO member Lithuania after the latter country blocked the transit of some goods to the Russian exclave of Kaliningrad.