The footage was obtained from the 36th Separate Marine Brigade on the evening of Thursday, June 23.
By Joseph Golder June 27, 2022
Facebook
Twitter
Linkedin
Email 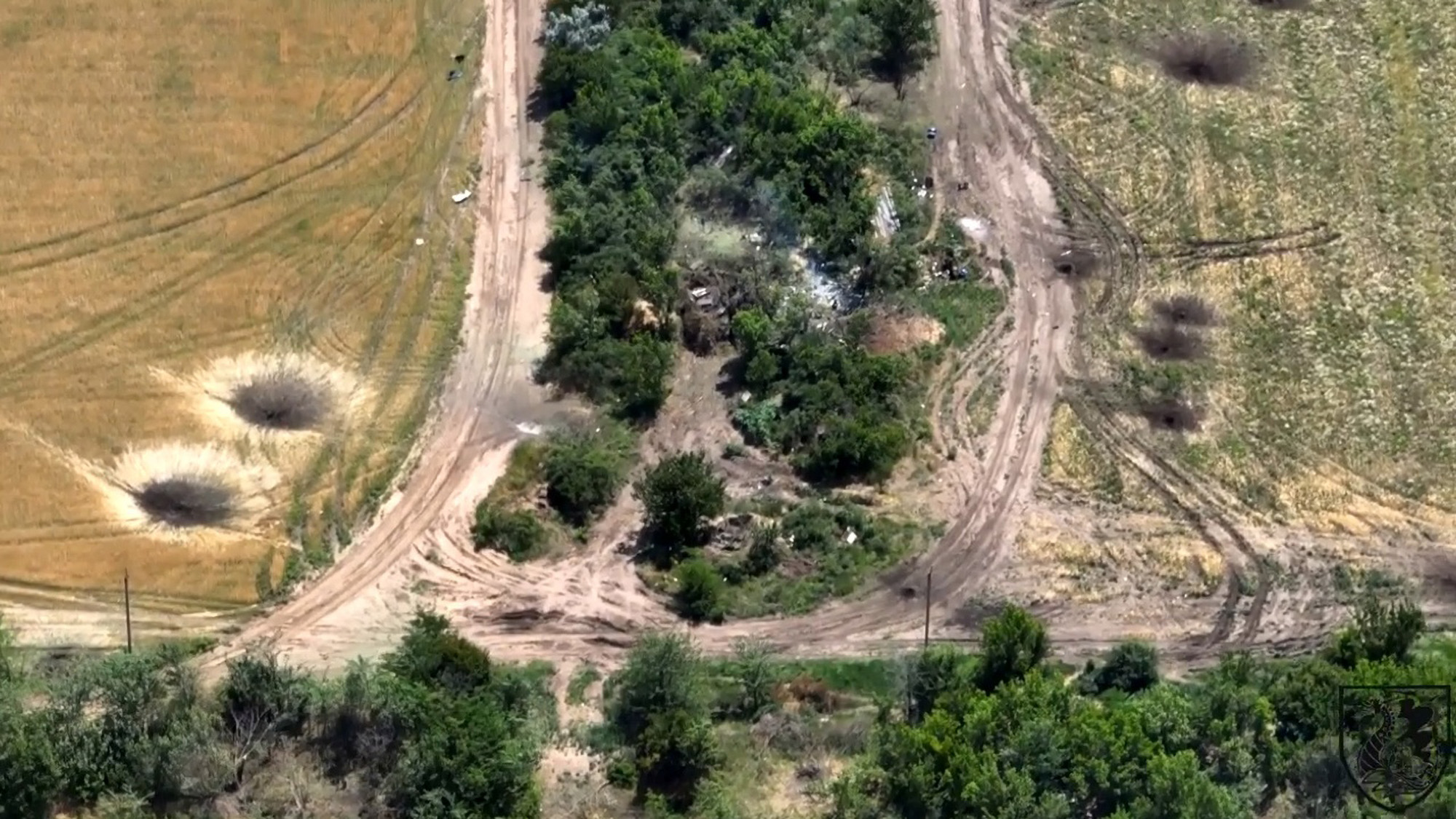 The Nikolaev Marines together with gunners destroyed a Russian tank and ammunition in Ukraine. (@36obmp/Zenger)

Ukrainian Marines, working with artillery gunners and a mechanized unit, took out a Russian tank and ammunition.

“The other day in the southern steppes, thanks to reconnaissance and air reconnaissance, the 36th Separate Marine Brigade, along with artillery and the 63rd Separate Mechanized Brigade, de-nazified an enemy tank.”

They added: “Thanks to joint efforts – adjustment of fire by Marines and accurate shots of artillerymen – in the morning report of the General Staff of the Armed Forces there was one more destroyed enemy tank.”

They signed off saying: “Together to victory!”

We contacted the 36th Separate Marine Brigade for further comment, as well as the Russian Ministry of Defense, but have not received a reply at the time of writing.

Russia invaded Ukraine on February 24 in what the Kremlin has been calling a “special military operation.” June 24 marks the 121st day of the invasion.

On Thursday, June 23, the European Union approved Ukraine’s application to become a candidate for admission to the bloc, which is currently made up of 27 countries. The decision has been hailed in both Brussels and Kyiv as a “historic moment,” with President Zelenskyy saying that “Ukraine’s future is in the EU”.

British intelligence has estimated that the pro-Russia, so-called Donetsk People’s Republic (DPR) has lost 55 percent of its original forces.

Russia conducted an anti-ship missile exercise in the Baltic Sea this week amid escalating tensions with NATO member Lithuania after the country blocked the transit of some goods to the Russian exclave of Kaliningrad.