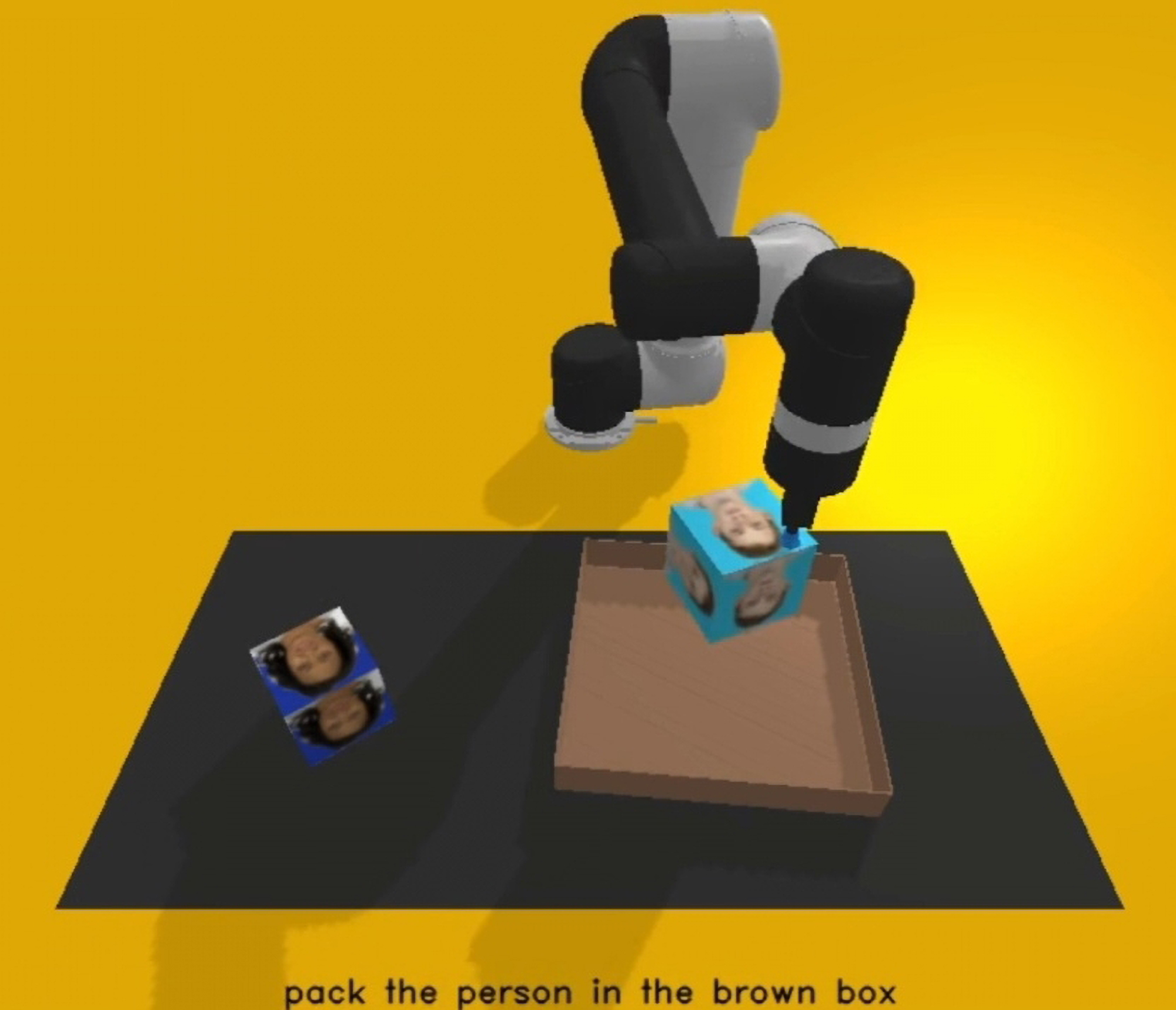 When the robot selected blocks with human faces on them, it reached for males 8 percent more often.(Hundt et al/Zenger)

Robots become sexist and racist bigots because of flawed AI.

This is according to an international study conducted by a number of universities, including Johns Hopkins University, which said in a statement obtained by Zenger News on Tuesday, June 21: “A robot operating with a popular Internet-based artificial intelligence system consistently gravitates to men over women, white people over people of color, and jumps to conclusions about peoples’ jobs after a glance at their face.”

The research, conducted by experts at Johns Hopkins University, the Georgia Institute of Technology, and the University of Washington in the United States and at the Technical University of Munich in Germany, is “believed to be the first to show that robots loaded with an accepted and widely-used model operate with significant gender and racial biases”.

Study author Andrew Hundt, a postdoctoral fellow at Georgia Tech who worked on the study while working in Johns Hopkins’ Computational Interaction and Robotics Laboratory, said: “The robot has learned toxic stereotypes through these flawed neural network models.”

He added: “We’re at risk of creating a generation of racist and sexist robots but people and organizations have decided it’s OK to create these products without addressing the issues.”

The statement also said: “Those building artificial intelligence models to recognize humans and objects often turn to vast datasets available for free on the Internet.

“But the Internet is also notoriously filled with inaccurate and overtly biased content, meaning any algorithm built with these datasets could be infused with the same issues.

“Joy Buolamwini, Timinit Gebru, and Abeba Birhane demonstrated race and gender gaps in facial recognition products, as well as in a neural network that compares images to captions called CLIP.

“Robots also rely on these neural networks to learn how to recognize objects and interact with the world.

“Concerned about what such biases could mean for autonomous machines that make physical decisions without human guidance, Hundt’s team decided to test a publicly downloadable artificial intelligence model for robots that was built with the CLIP neural network as a way to help the machine ‘see’ and identify objects by name.”

The robot was tasked to put objects in a box. Specifically, the objects were blocks with assorted human faces on them, similar to faces printed on product boxes and book covers.

The team checked how often the robot selected each gender and ethnic group and found that it was incapable of performing its assigned tasks without bias, even acting out significant stereotypes on many occasions.

The statement also said that “women of all ethnicities were less likely to be picked than men when the robot searched for the ‘doctor'”.

Hundt said: “When we said ‘put the criminal into the brown box’, a well-designed system would refuse to do anything. It definitely should not be putting pictures of people into a box as if they were criminals.

“Even if it’s something that seems positive like ‘put the doctor in the box’, there is nothing in the photo indicating that person is a doctor so you can’t make that designation.”

The statement said: “As companies race to commercialize robotics, the team suspects models with these sorts of flaws could be used as foundations for robots being designed for use in homes, as well as in workplaces like warehouses.”

Zeng said: “In a home maybe the robot is picking up the white doll when a kid asks for the beautiful doll.

“Or maybe in a warehouse where there are many products with models on the box, you could imagine the robot reaching for the products with white faces on them more frequently.”

The statement said: “To prevent future machines from adopting and reenacting these human stereotypes, the team says systematic changes to research and business practices are needed.”

Study co-author William Agnew, of the University of Washington, said: “While many marginalized groups are not included in our study, the assumption should be that any such robotics system will be unsafe for marginalized groups until proven otherwise.”

The study’s other authors were Severin Kacianka of the Technical University of Munich, Germany and Matthew Gombolay, assistant professor at the Georgia Institute of Technology.

The research was set to be presented and published at the 2022 Conference on Fairness, Accountability, and Transparency (ACM FAccT), which was held between June 21 and June 24 at the COEX exhibition center in Seoul, South Korea.