Touching: Orphaned Man Said He Feels His Parents Are Watching Over Him After Winning The Lottery

Calum Forrington, 37, and his wife Kayleigh plan to splash the cash on a surprise trip to Disneyland for their three children. 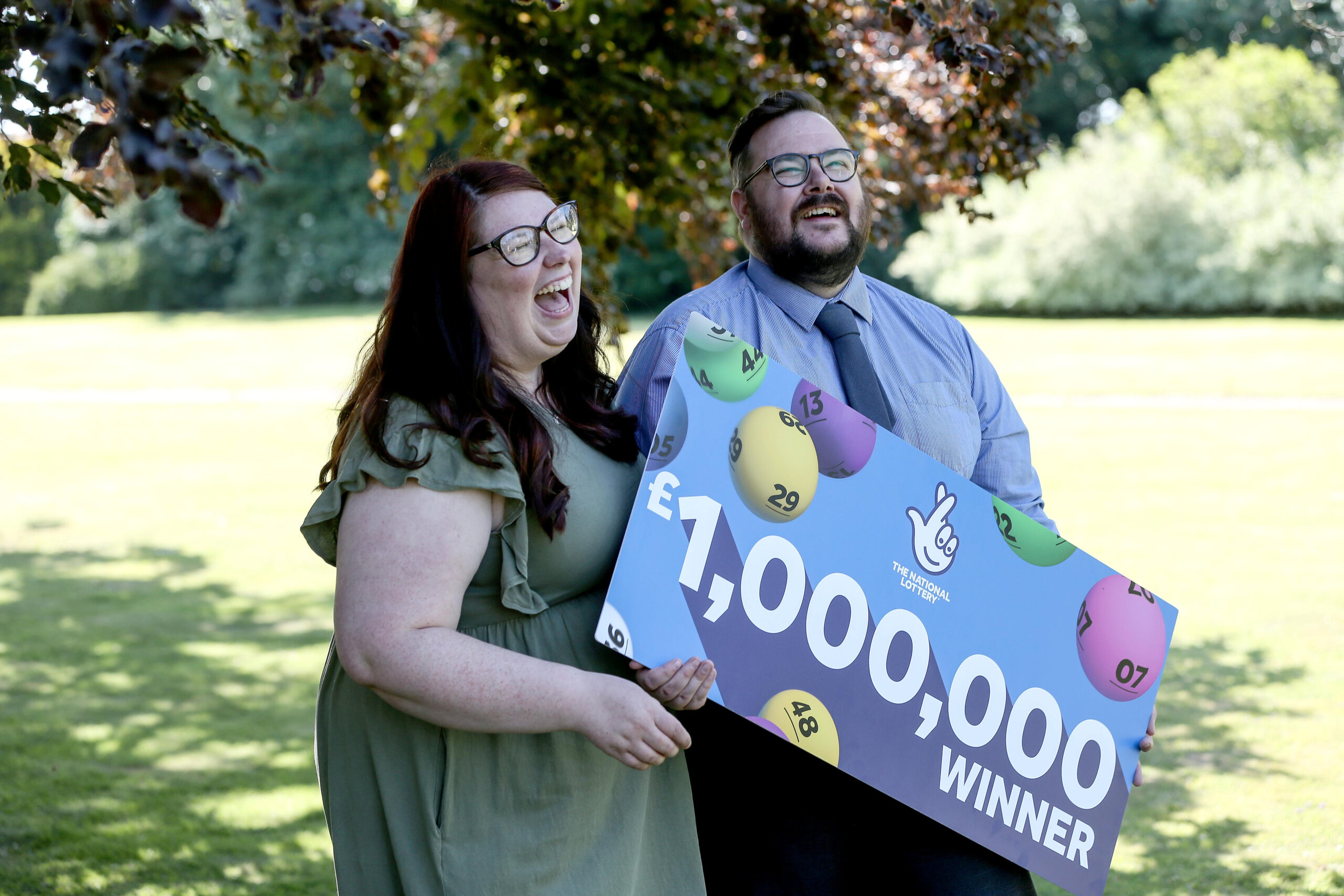 A man orphaned as a teenager said he feels his parents are watching over him after he scooped $1.2 million on the lottery. (Jon Mills/Zenger)

A man orphaned as a teenager said he feels his parents are watching over him after he scooped $1.2 million on the lottery.

Calum Forrington, 37, and his wife Kayleigh plan to splash the cash on a surprise trip to Disneyland for their three children.

They also plan to fund a course of driving lessons for Calum and a new set of wheels for Kayleigh.

Calum tragically lost both his parents 18 years ago and has only recently been able to face visiting their grave.

And he feels the big win is a continuation of a change in luck for the couple since they tidied his parent’s grave up.

Calum, of Grimsby, Lincolnshire, England, said: “Losing my parents was obviously devastating for me and I could never face going to visit their grave until more recently, just before I married Kayleigh.

“We cleaned it all up and got it looking much better for them – since then, everything just seems to have fallen into place.

“I started a new job that I love, we’ve had an amazing first year of marriage and, of course, we’ve won £1 million [$1.2 million]. It feels like my parents are watching over me.

“I’m a firm believer that everything happens for a reason and I’m looking forward to using our win to help build an amazing future for our children.”

The lucky couple won the $1.2 million on the EuroMillions UK Millionaire Maker draw last Friday, which Calum played on The National Lottery App.

They also have plans to visit Rome for their wedding anniversary and buy their first dream home together after previously struggling to get on the property ladder.

Calum added: “I’d played the EuroMillions on the Friday in work, choosing to play as a one-off with my own ticket.

“It wasn’t until the following morning when I was eating my cereal before work that I remembered to check my online account.

“I was in complete shock when I scrolled down and saw my EuroMillions ticket was a winner&mldr; we both completely freaked out and I had to go outside to get some air.

“Still in complete shock, I went into work and told my boss what had happened – he must’ve realized I was unlikely to get any work done that day so sent me home to sort everything out and try to get my head around it all.

“We spent the weekend in a bit of a daze and started planning how we would spend the money.

“We’ve never been able to afford to buy our own home so our win will certainly help with that, plus I’m looking forward to learning how to drive and buying us both new cars.

“I’d also been saving for a special holiday for the family, with the hope of perhaps going next year – but now we can bring this forward to this summer, so we can’t wait to tell the kids what we have planned.”