"I was wondering if the radio stays on when you get into a car accident... and it does!"
By Lee Bullen June 27, 2022
Facebook
Twitter
Linkedin
Email 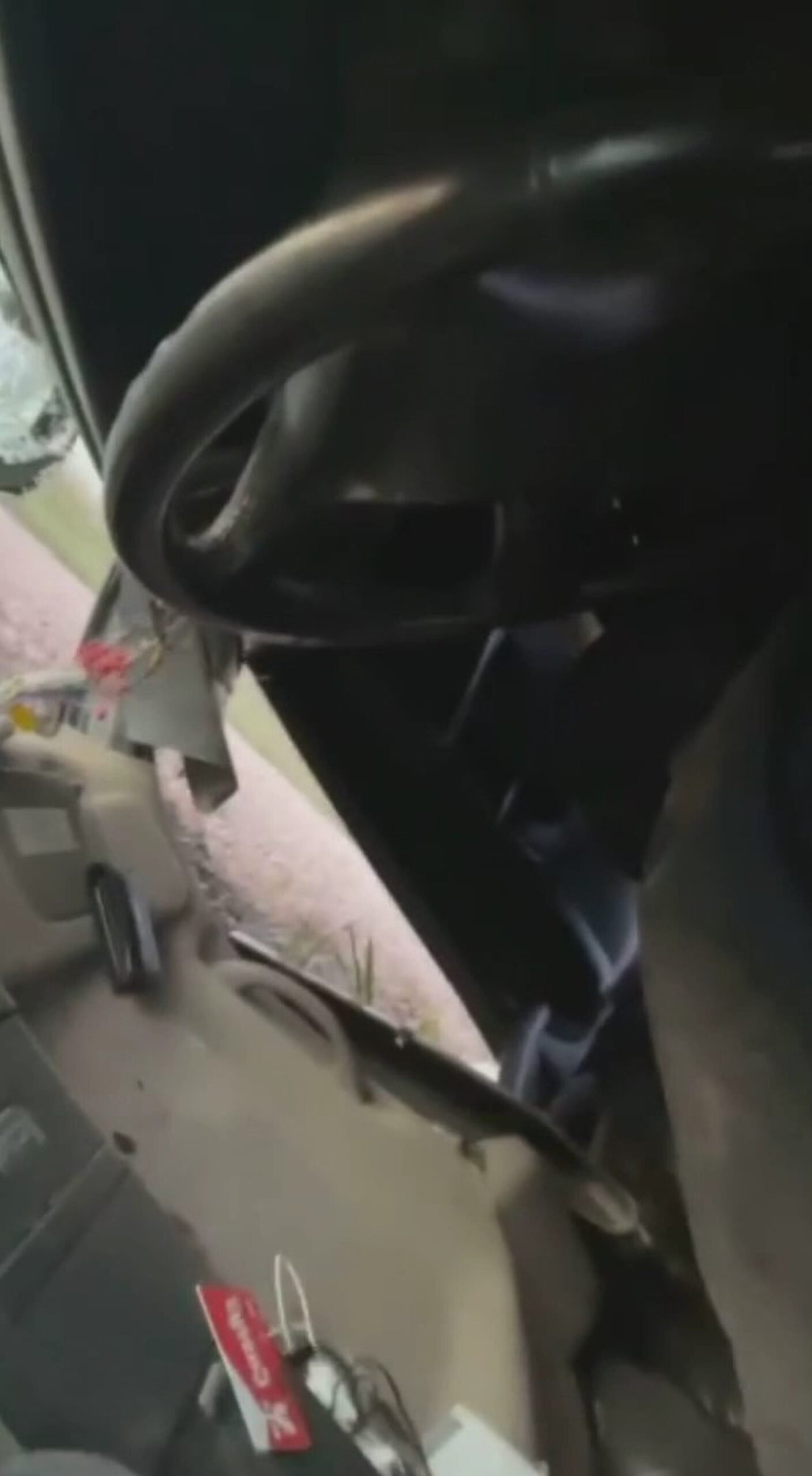 A teenage driver who overturned his pickup truck has baffled TikTok users with a video of him listening to the radio in his crashed car.

Layne Geerdes, 19, from Grinnell, Iowa State, USA, had flipped a truck trying to dodge a deer on June 16.

Then he shared a video of him lying on the dashboard of the overturned vehicle, which went viral on his TikTok page with nearly eight million views.

In the footage, Layne appears amazed that the radio is still working after the accident.

As he sobs into his phone’s camera, he says: “I was wondering if the radio stays on when you get into a car accident… and it does!”

Then he starts sobbing and says: “And it’s just playing Drake.”

Layne said he “wasn’t injured at all” in the accident and explained that he overturned after swerving on a gravel road to avoid hitting a deer.

The teen, a 3rd shift welder for the Vermeer Corporation, told Zenger News: “It was just really foggy, and I was on a tight corner on an unknown road with loose gravel, and a deer ran out. I swerved, and the rest is history.

“The truck was totaled. I didn’t have insurance as it was too expensive at the time.

“I cancelled my insurance to help pay for an apartment to move into after our house caught fire about six weeks ago.”

When asked why he recorded the video moments after flipping his vehicle, Layne told Zenger News: “I don’t really know what made me film it, but my first phone call was to my mom.

“Then Drake came on the radio and I was so shocked from what just happened I was like ‘why the f*ck is Drake playing right now’.”

Layne has since launched a GoFundMe page to help pay for a new truck.

He told Zenger News: “My GoFundMe has raised USD 1,500 for a new truck.

“Unfortunately my tickets from the accident were almost as much as I’ve raised so far.”

However, in an update on June 21, Layne said he had quickly seen the donations double and thanked netizens for their support.

He wrote: “I’m completely in shock by the fact you guys have raised over 3k for a new truck and or car.

“You guys are amazing. Thank everyone, so so much. I can’t say it enough. I owe you all.”

At the time of writing, Layne has raised USD 3,972 of his USD 4,500 target to help him replace his “totaled” pickup truck.