The footage was obtained from the so-called Luhansk People’s Republic (LPR) on Thursday, June 23. 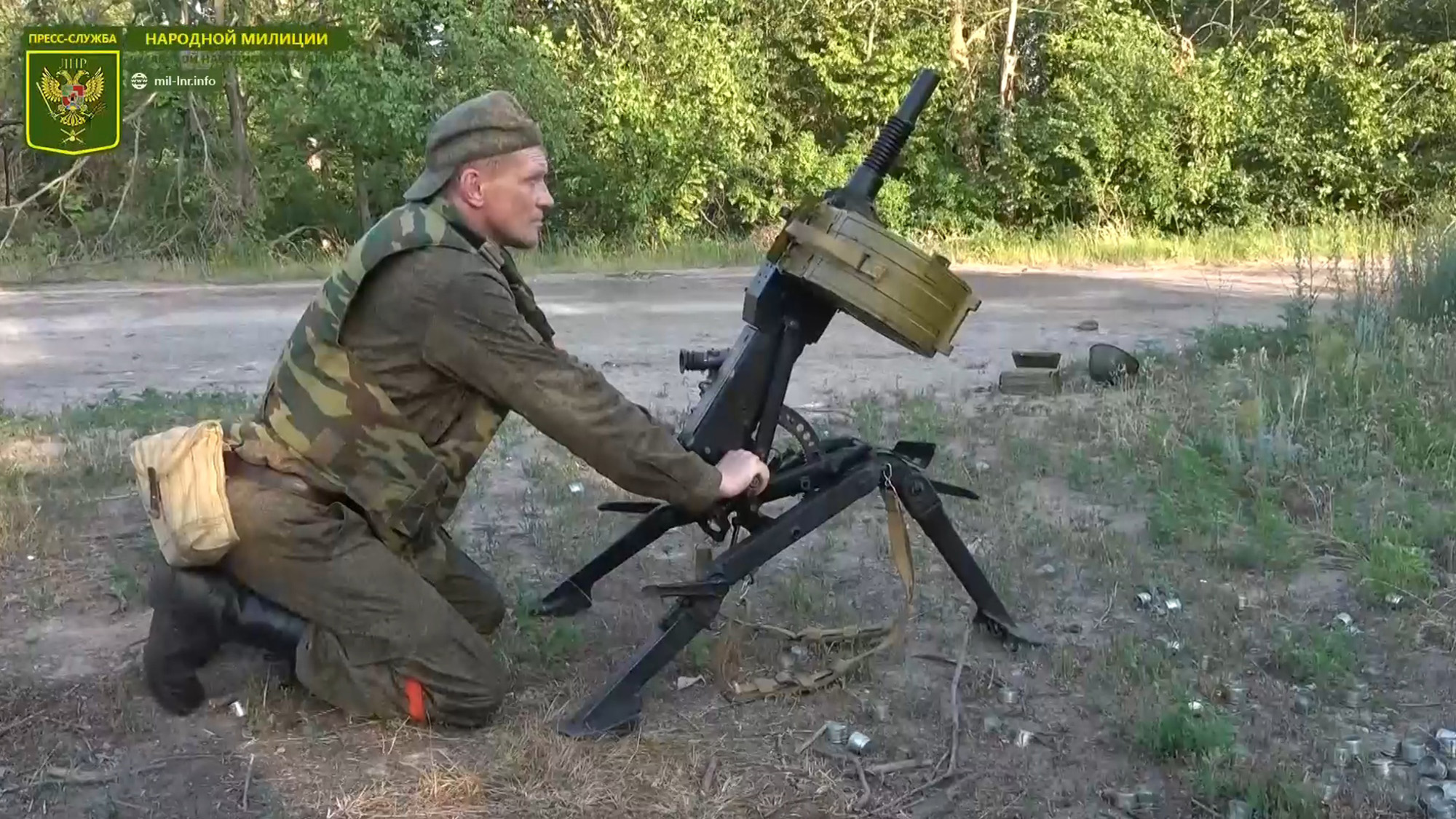 Combat work of People`s Militia of the LPR during hitting the positions of the Ukrainian forces on the outskirts of Severodonetsk, in Ukraine. (@millnr/Zenger)

Luhansk People’s Republic troops hit Ukrainian positions on the outskirts of the town of Sieverodonetsk in eastern Ukraine, as can be seen from these images.

The footage was obtained from the so-called Luhansk People’s Republic (LPR) on Thursday, June 23, with an unnamed spokesperson saying: “Servicemen of the [People’s Militia] of the LPR discovered the next positions of the AFU soldiers on the outskirts of the city of Sieverodonetsk.

“Positions, dugouts, trenches. The decision was made to attack the enemy immediately.

“With well-coordinated work and good preparation, [the People’s Militia] did an excellent job with the task, remaining undetected.”

The footage has emerged as the Ukrainian regional Governor of the Luhansk Oblast region, Sergey Haidai, said that Ukrainian troops defending Sievierodonetsk will most likely be withdrawn. He said: “Remaining in positions smashed to pieces over many months just for the sake of staying there does not make sense.”

But he added that Ukrainian troops have fended off a Russian attack on the outskirts of the city of Lysychansk, to the south.

We contacted Luhansk People’s Republic (LPR) representatives for further comment, as well as the Russian and the Ukrainian Defense Ministries, but haven’t received a reply at the time of writing.

On Thursday, June 23, the European Union approved Ukraine’s application to become a candidate for admission to the bloc, which is currently made up of 27 countries. The decision has been hailed in both Brussels and Kyiv as a “historic moment,” with President Zelenskyy saying that “Ukraine’s future is in the EU.”

The head of the International Energy Agency, Fatih Birol, warned Russia may stop supplying natural gas to Europe this winter. Several European countries have already received less Russian gas than expected in the last few weeks, with European imports of natural gas from Russia dropping from approximately 40 percent to 20 percent.

Russia conducted an anti-ship missile exercise in the Baltic Sea amid escalating tensions with NATO member Lithuania after the country blocked the transit of some goods to the Russian exclave of Kaliningrad.