The footage was obtained from the Donetsk People's Republic (DPR) along with a statement on Friday, June 24.
By Joseph Golder June 27, 2022
Facebook
Twitter
Linkedin
Email 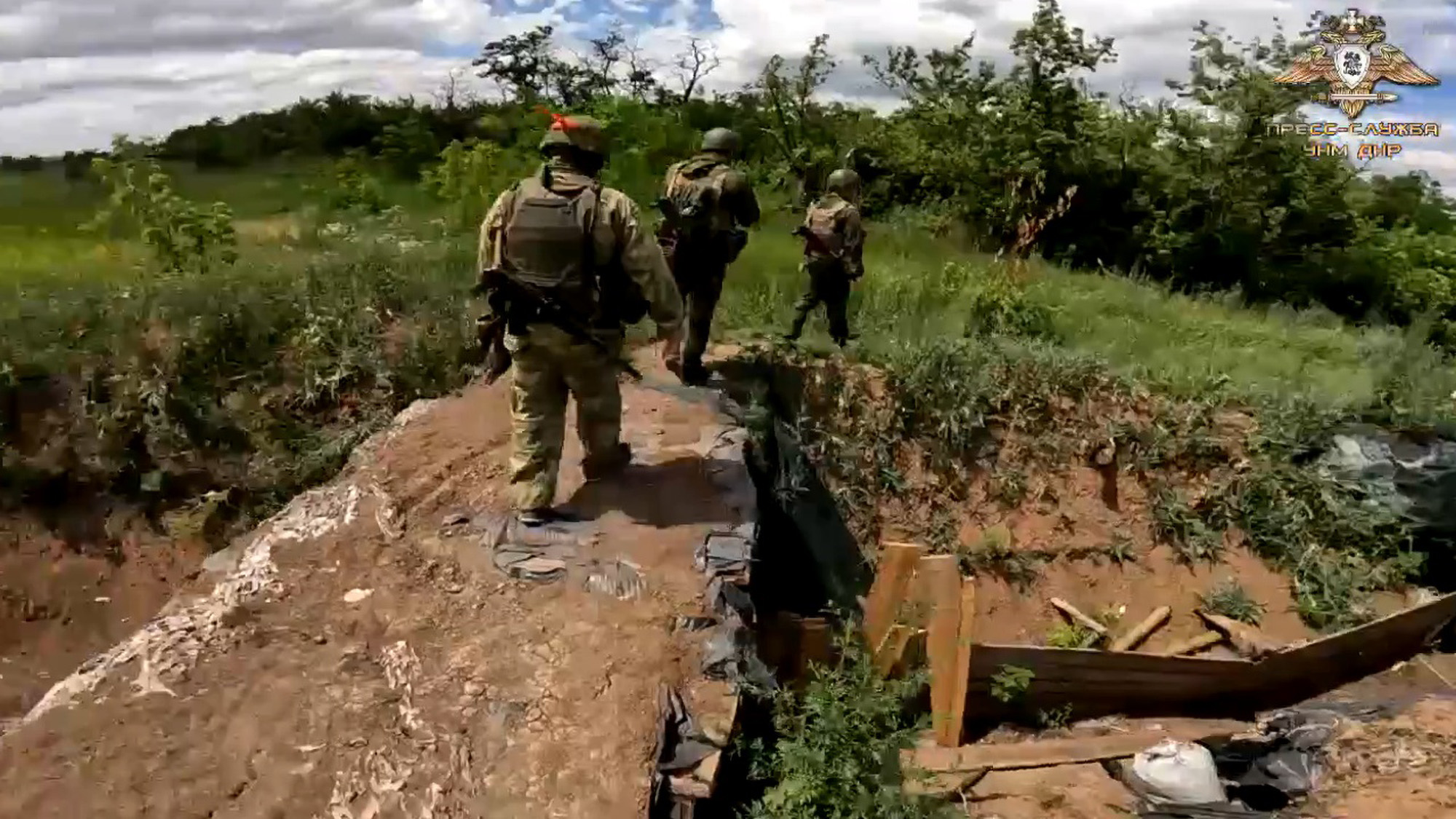 Peoples Militia of the DPR shows taken equipped positions of Ukrainian forces from where residential areas were shelled in Gorlovka, in Ukraine. (@unmdnr/Zenger)

The pro-Russia, so-called Donetsk People’s Republic has taken fortified positions that were held by Ukrainian forces until recently, as these images show.

The footage was obtained from the Donetsk People’s Republic (DPR) along with a statement on Friday, June 24, saying that they had “knocked out Ukrainian forces from fortified positions, from where they had shelled residential areas of Gorlovka.”

Gorlovka is the Russian name for the city of Horlivka, which is located in the Donetsk Oblast of eastern Ukraine.

An unnamed spokesperson for the DPR also said: “We are in a position that a month ago was Ukrainian.”

We have not been able to independently verify the claims or the footage.
We have contacted the Donetsk People’s Republic (DPR) representatives for further comment, as well as the Russian and the Ukrainian Defense Ministries but haven’t received a reply at the time of writing.

Russia invaded Ukraine on February 24 in what the Kremlin is calling a “special military operation.” June 24 marks the 121st day of the invasion.

On Thursday, June 23, the European Union approved Ukraine’s application to become a candidate for admission to the bloc, which is currently made up of 27 countries. The decision has been hailed in both Brussels and Kyiv as a “historic moment,” with Ukrainian President Volodymyr Zelenskyy saying that “Ukraine’s future is in the EU”.

Russia conducted an anti-ship missile exercise in the Baltic Sea this week amid escalating tensions with NATO member Lithuania after the country blocked the transit of some goods to the Russian exclave of Kaliningrad.

«Previous Post
Overbooked: Why Gen Z And Millennials Think This Summer Will Be The Busiest Ever»Next Post
Wishful Shrinking: Majority Of Americans Who Have Dieted Report No Lasting Change