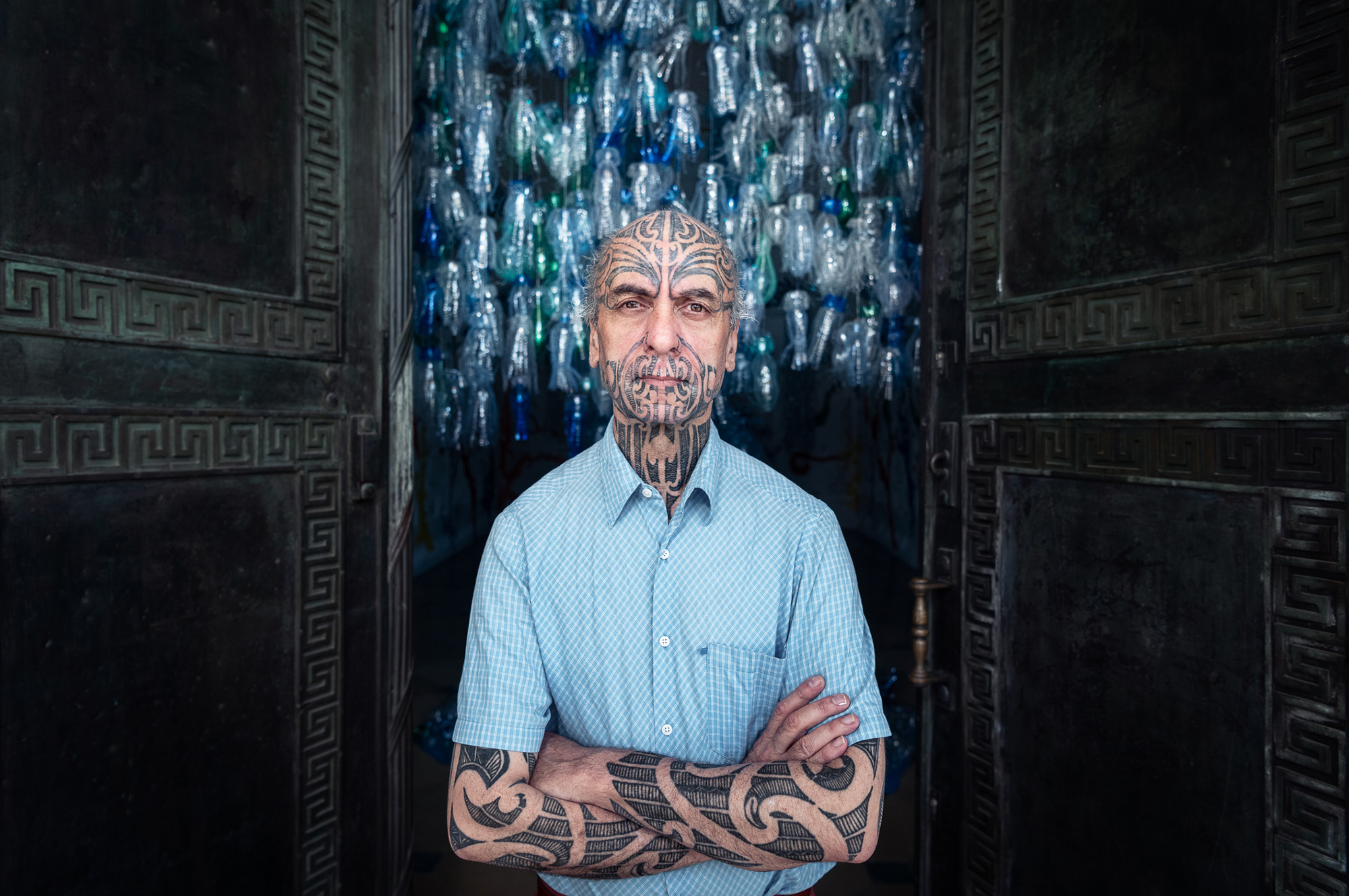 George Nuku presents the latest version of his Bottled Ocean concept in the Theseus Temple in Vienna's Volksgarten. (KHM-Museumsverband/Zenger).

New Zealander artist George Nuku has presented his latest work as an installation that imagines the state of the world’s oceans 100 years in the future where plastics have totally changed the marine environment.

Nuku’s project, dubbed Bottled Ocean 2122, is being exhibited at the Theseus Temple in Vienna’s Volksgarten in Austria. The project is running concurrently with the rest of his exhibition ‘Oceans. Collections. Reflections’ at the Weltmuseum in Vienna until October 9.

Nuku was joined by 170 volunteers to create Bottled Ocean 2122 over the last three months, envisioning it as means to raise public consciousness about the use of plastics and how they end up in the marine environment.

Nuku’s vision of the future is of an undersea world marked by plastic bottles and extruded polystyrene, known by the Styrofoam trade name.

According to the Weltmuseum, the work demonstrates that sustainability has not yet been reached regarding plastic, which is used for the ubiquitous water bottles found worldwide.

The artist wants visitors to the installation to see plastics not as garbage, but as valuable, beautiful, and even sacred materials.

George Tamihana Nuku, 56, is a member of the Maori Ngati Kahungunu and Tuwharetoa peoples of New Zealand, and also has Scottish and German ancestry.

Moving to England in 2005, he was artist-in-residence at the British Museum for the ‘Power and Taboo’ exhibition (September 2006 – January 2007), and had his first solo exhibition in the UK at The Captain Cook Birthplace Museum in Middlesborough, England.

He has been known during his 35-year career for using plastics, such as styrene, in his work.

Bottled Ocean 2122 is envisioned as a sub-sea temple with walls lined with Maori deities representing air, earth, fire, wind, and sea that are flanked by sea guardians.

Empty plastic bottles are featured in the installation as beautiful objects that Nuku presents as environmental pollution transformed into a cultural and artistic treasure.

Plastic packaging and bottles end up in the world’s oceans and lands on beaches and atolls, but also floats in swirling masses, especially in the Pacific Ocean.

In a statement, Nuku said that the scenario of the installation takes place 100 years from now when, “Sea life is turning into plastic mutant species. Marine debris and anemones are made of colorful plastic bottle caps.”

Connecting the work to his Maori heritage, Nuku said: “The chant of the great ninth-century Polynesian navigator Ru invokes Tangaroa, the deity of the ocean:

He went on to say: “You are his children now. Through my Maori heritage, I seek to reshape our relationship with our environment. Ultimately, pollution itself is sacred, like everything in our world.

“Plastic bottles, representing light and water, the source of life itself, are a treasure and a testament to divinity. It’s not too late to change our relationship with our environment and move closer to the plastic that permeates every aspect of our lives today.”

According to Nuku, our world is undergoing a chemical mutation through the over-exploitation of fossil fuels, climate change, and plastic that is found not only in the oceans and marine life, but even in human blood.

Exhibit visitors can also see Nuku’s installation depicting the COVID-19 virus as translucent red balls hanging from the museum’s ceiling, the spines of which are made of empty plastic soft-drink bottles.

In the other rooms of the exhibition, each of which is painted in different colors, Nuku addresses themes such as the world’s oceans, an Austrian scientific expedition “Novara” that visited New Zealand in 1857, and two Maori men who visited Vienna in 1858.

The two 19th-century Maoris were presented with a printing press from Austro-Hungarian Emperor Franz Joseph I that, according to Nuku, became crucial in Maori efforts to let the world know about injustices committed by the British Empire.

The exhibition starts with “The Big Blue” (“Te Moananui”), which includes a huge, embroidered whale and drawings of sea creatures, and a canoe (“Waka”), which is divided into the three different: the past, present and future as represented by the material used (wood or plastic).

Regarding concerns over colonial collection efforts, such as the Novara expedition, he asserted that there may have been cases of the theft of native Maori artifacts, but believes that the great majority of what was collected was sold, traded, or given away by his ancestors.