It is unclear where exactly in Ukraine the images were filmed, but they were obtained from the Russian Ministry of Defense (MoD).
By Joseph Golder June 27, 2022
Facebook
Twitter
Linkedin
Email 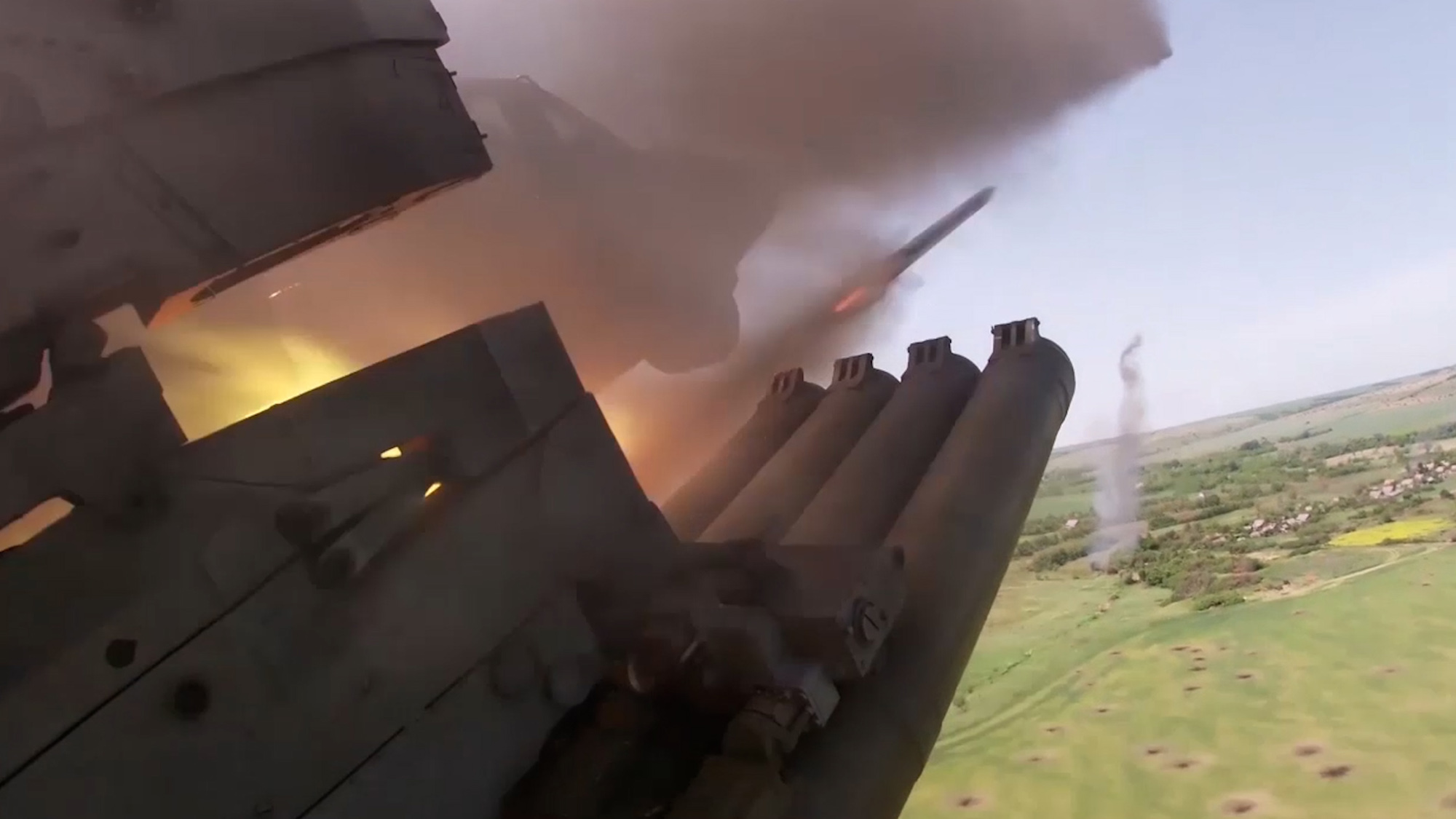 Russian Ka-52 helicopters to destroy strongholds of the Armed Forces of Ukraine. (Ministry of Defense of Russia/Zenger)

The video shows at least one Ka-52 attack helicopter taking off from a base at an unspecified location and opening fire on unseen positions on the ground.

The footage then cuts to what appears to be an infrared targeting system and shows explosions on the ground before the helicopter, sporting a white ‘V’ on its side, lands as the footage ends.

It is unclear where exactly in Ukraine the images were filmed, but they were obtained from the Russian Ministry of Defense (MoD), who said that they show “Ka-52 helicopters [sent] to destroy strongholds of the Armed Forces of Ukraine.”