Don Hiding: Boss Seized After Two Years On The Run 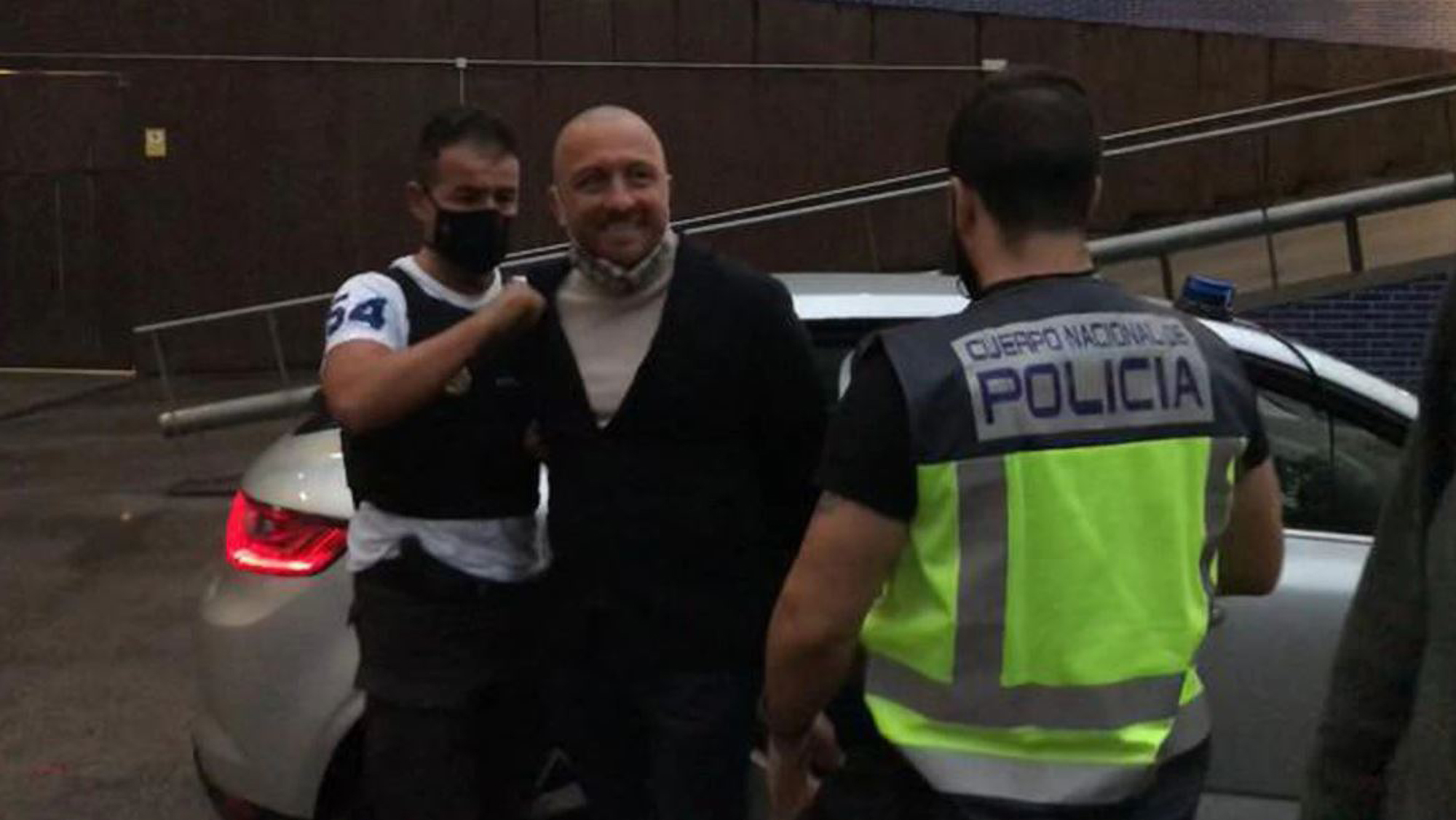 Moment the alleged member of the Italian criminal organization Ndrangheta Vittorio Raso was arrested in 2020. (Zenger)

A brutal mafia boss released from custody two years ago by mistake has been recaptured after a routine police traffic stop.

Mobster Vittorio Raso is a high-ranking member of the ruthless ‘Ndrangheta crime syndicate based in southern Italy.

He was arrested in Spain in 2020 on a warrant from Italian police, who wanted him for organized crime, extortion, and drug trafficking.

But he had been missing since the National Court of Spain freed him after a mix-up regarding his original arrest warrant.

Raso, 43, is back behind bars after his car was stopped in Castelldefels during a routine documents check by Spanish police on June 21.

Raso’s forged papers were soon revealed as fakes, and he was arrested and fingerprinted to confirm his true identity.

Pictures of the arrest show Raso smiling broadly at his police captors.

He was handed to the Mossos d’Esquadra – the police force of Spain’s Catalonia region – and remains in custody at the police station in nearby Gava.

Raso – nicknamed ‘Exhausted’ – is expected to appear in court on Thursday, June 23.

The Ndrangheta is the only mafia present on all five continents of the world, and according to a 2013 Demoskopika survey, it has a global turnover of 53 billion euros or approximately $73 billion.

There are 166 gangs in Calabria — the southernmost region of the Italian mainland — with at least 4.000 affiliates, according to the Court of Appeal of Catanzaro in 2019.

According to other estimates, however, the ‘Ndrangheta may be active in 30 nations with 400 gangs and 60,000 affiliates, most of which are in Calabria.

It developed from criminal organizations operating in the province of Reggio Calabria, where it is strongly rooted. However, mafia power is also dominant in the provinces of Crotone, Catanzaro, Vibo Valentia, and Cosenza.

Its main activity is drug trafficking, followed by prostitution, illegal influence on elections, extortion, usury, arms trafficking, gambling, and the disposal of toxic and radioactive waste.

In Calabria, it relies on both the force of arms and on the economic role it has through money laundering, an activity which allows it to control large sectors of the economy, ranging from business to trade and agriculture, often with the connivance of areas of government at the local and regional levels and in all political parties.

The report of the Parliamentary Anti-Mafia Commission of February 20, 2008, states that the ‘Ndrangheta “has a sprawling structure devoid of strategic direction but characterized by a kind of organic intelligence,” while it compares it to the structure of the Islamic terrorist movement al-Qaeda.

Since 2013, the ‘Ndrangheta has been considered among the most dangerous criminal organizations in the world, with a turnover of around 53 billion euros or about $56 billion, with numerous branches around the world.