Adeline Vining, 36 posted a video of the dress for her 69,000 followers on April 30.
By Arian Movileanu June 27, 2022
Facebook
Twitter
Linkedin
Email 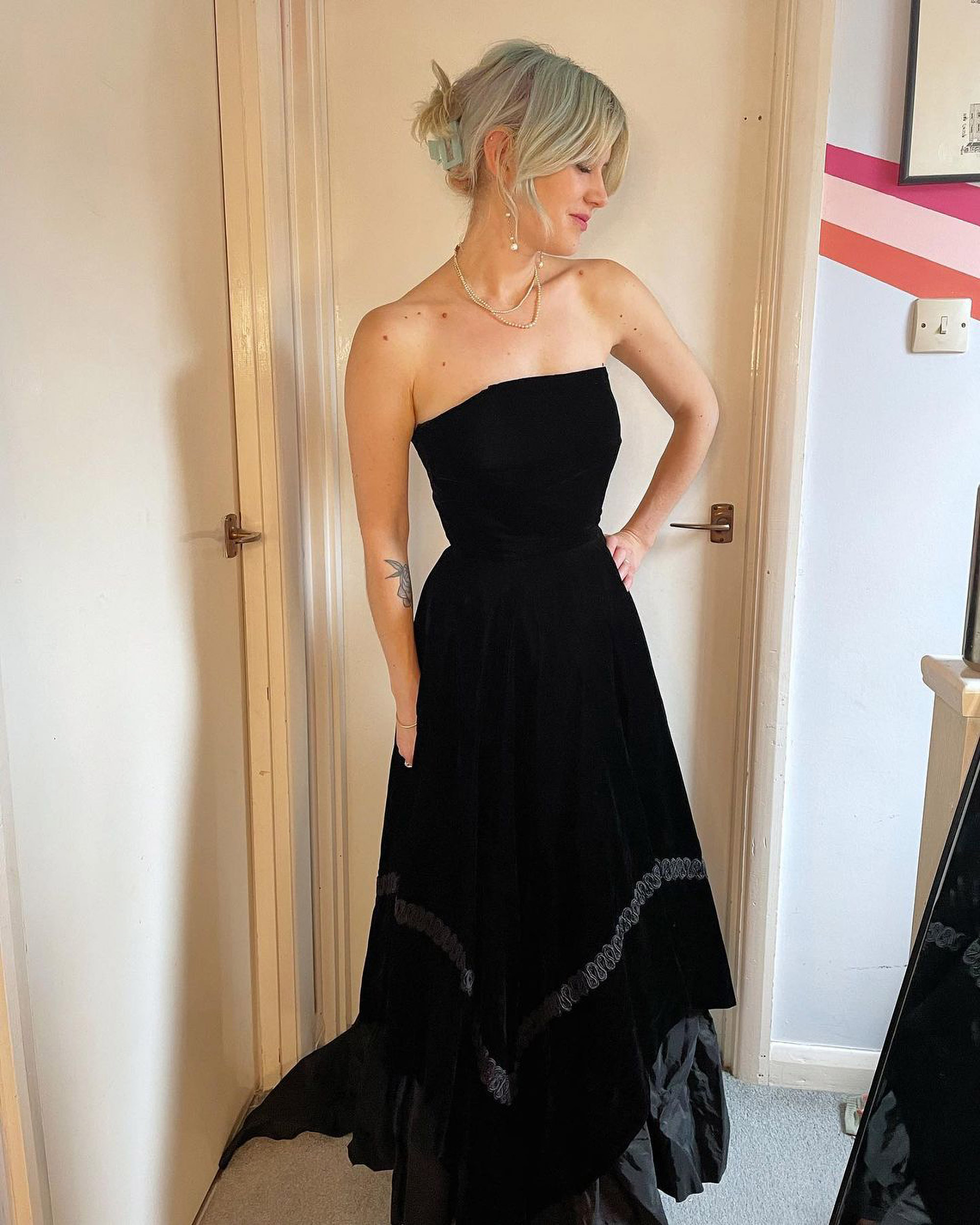 An astonished fashion TikToker has discovered that an old velvet dress kept in her attic for 25 years is actually a valuable Dior gown worth around $43,000.

Adeline, who lives in London, explained that the Dior dress was originally bought by her late grandmother.

But it had been stuffed in a suitcase in her loft and forgotten about for decades.

Adeline told Zenger News she’d inherited the dress when she was a child after her grandfather died and had been waiting for the right time to wear it.

She said: “I couldn’t meet my grandmother and wanted to learn more about her through the dress.

“I contacted Dior about 12 years ago but they weren’t much help.”

She asked TikTok users for help and her post was spotted by London-based fashion historian Henry Wilkinson.

He said the typography on the label suggests the dress is an early Christian Dior design, adding: “The hourglass silhouette was reminiscent of his revolutionary ‘New Look’ that began in 1947.”

Based on the zigzag trim on the strapless dress, Wilkinson estimates it came from Christian Dior’s autumn/winter 1949 collection at a time when the designer was still creating fashion ranges personally.

Adeline said: “Henry encouraged me to get my grandmother’s dress valued and put me in touch with Kerry Taylor Auctions in London.”

The TikToker said: “This completely floored me!”

Adeline was recently sent a photo from an uncle that shows her grandmother dancing in the dress before her death in 1956.

She said; “I’m glad through the dress I’m finally able to meet my grandmother.”

She told Zenger News: “The dress was in my grandfather’s attic for 40 years, then I’ve had it for the last 25 years.

“My grandfather worked in the Foreign Office so my grandmother would have worn the dress for events held by my grandfather’s office, or events he was invited to.

“I’ve kept the dress for this long because I had always planned to wear it. But it’s so beautiful, it needs a really special occasion.”

But despite the tempting price tag, Adeline has no plans to cash in and sell the designer frock.

She explained: “I plan on keeping the dress, at least until I’ve had a chance to wear it!

“It’s a part of my family history, and I think I would really struggle to part with it.”

Adeline told Zenger News: “My TikTok followers were all incredibly supportive in helping me date the dress and find out its origins, and also in encouraging me to wear it.

“I think lots of people were also really interested to know its value, but overall, the interest has been mostly around how my grandmother came around to having a custom-made ball gown.

“Also, people have enjoyed hearing about my family history.”