Emily, who was once Surrey’s Under 16 girls chess champion says: "You can still play chess and wear dresses."
By Simona Kitanovska June 27, 2022
Facebook
Twitter
Linkedin
Email 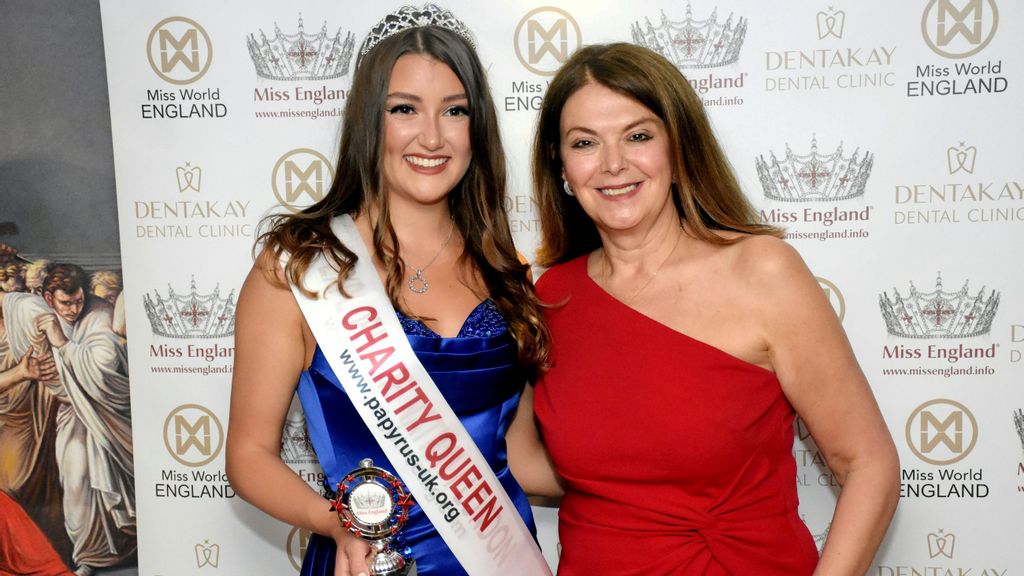 A glamorous female chess champion dubbed a real-life Beth Harmon from ‘The Queen’s Gambit’ mini-series is bidding to also be crowned Miss England.

Emily Cossey, 24, will swap playing the queen for being a beauty queen when she treads the catwalk as the first woman to reach this year’s final.

The chemical engineering graduate only took up pageantry 12 months ago and was left stunned when she was announced a Miss England 2022 finalist earlier this month.

Emily won the title of Charity Queen after raising more than $3,600 while taking part in Miss London, automatically landing herself a place in the top 40.

The glitzy competition is a far cry from her life as a chess prodigy but she hopes she can use her platform to encourage more women to take up the game.

She says she was particularly inspired by the Netflix series ‘The Queen’s Gambit’ starring Anya Taylor-Joy which became a smash hit on the streaming service.

Emily, who was once Surrey’s Under 16 girls chess champion, wants to change stereotypes of the game and says: “You can still play chess and wear dresses.”

Emily, of Chelsea, West London, added: “It’s important to have role models like that – to show that you can have both.

“I always loved to play chess with my family, with my brother and dad. I have always grown up playing it.

“I joined the chess club in school as I felt sorry for the teacher as no one really went. In an all-girls school girls don’t usually play.

“I tried to get a few of my friends to join. I find the stigma is that if you play it, you are a bit weird. But I don’t know why, because it helps your brain.

“One of the reasons I didn’t continue in chess competitions is that there was a lot of guys. You didn’t have a lot of people to look up to as a girl.

“That’s why I love The Queen’s Gambit. It shows that women can do both, wear dresses and play chess.”

Emily, who will compete in the final in October, said entering beauty pageants was more about “keeping in touch with her feminine side” as a scientist.

She added: “I’m not a model, with pageantry it’s more about the type of person you are.

“Through school I suppressed the feminine side to try and be accepted to thrive in the science industry.

“This competition is proving to me that you can have both academic and the modeling side.

“I also live with my dad and brother at the moment, so I needed that feminine energy around me.

“It’s just a nice way of putting myself out of my comfort zone.

“Ever since I was a child, my mom has always wanted me to take part in pageants and Miss England but I’ve always brushed it off.

“Then in lockdown, I started to realize I don’t need to care what people think.

“I was on holiday at the time and remember applying. I felt confident enough in myself right now and then here I am, in the final.

“It was my first ever pageant and I won. It was good fun, I really enjoyed it.”

She added: “It was a fundraising round, I chose Papyrus – a suicide prevention charity. I cycled the whole length of the tube line in one day. I thought it was a good cause.

“It was 91km, complete cycling it was eight hours in total. I had to stop at every station.

“What they do is they’re a UK leading suicide prevention charity. They specialize in providing support for suicidal people. They go around to schools to raise awareness.

“I’m now really excited to find out about the different rounds and to prepare. I never thought I would get this far.

“There’s always going to be nerves and it’s certainly very different to chess.”

The final of Miss England is being sponsored by Dentakay Dental Clinic and will take place at Coventry’s Heart of England Conference Center on October 17 this year.

«Previous Post
Touching: Orphaned Man Said He Feels His Parents Are Watching Over Him After Winning The Lottery»Next Post
Thank You – A Handwritten Letter Is No Longer The Most Popular Way To Express Gratitude