“Under the command of my brother and Hero of Russia, Zamid Chalaev, our fighters destroyed enemy forces in their controlled area.”
By Lee Bullen June 27, 2022
Facebook
Twitter
Linkedin
Email 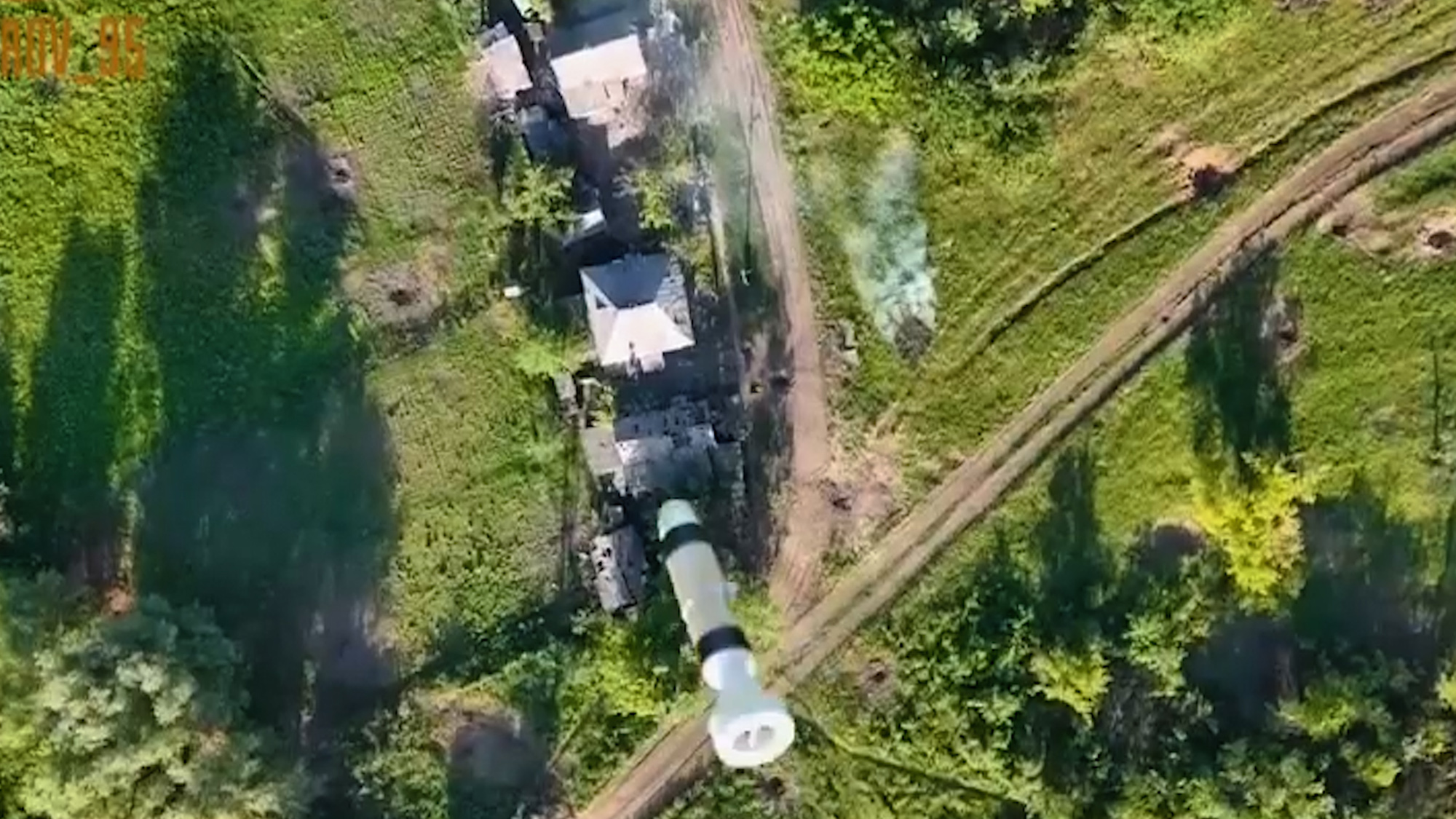 Combat work of Chechen unmanned aerial vehicles during the taking of Zolote, in Ukraine. (@ramzan/Zenger)

This aerial footage reportedly shows Chechen troops bombing a Ukrainian stronghold amid claims they have seized the towns of Zolote and Gorskoye.

“It was this method that was used during the liberation of the settlement of Zolote from the enemy.

“Under the command of my dear brother and Hero of Russia, Zamid Chalaev, our fighters successfully destroyed enemy forces in their controlled area, and the rest of the demoralized Ukro-nazi detachments left their positions in a hurry, leaving us with a huge amount of captured weapons.
⠀
“I am sincerely glad that our fighters managed to solve the problem of liberating Zolote without a single casualty among the personnel. This suggests that the guys are moving in the right direction and are improving their efficiency day by day.
⠀
“The capture of Zolote was preceded by the liberation of the village of Katerinovka, which was taken by storm in two days. The enemy had to retreat despite tactical superiority quickly. As always, our fighters and the 6th Cossack Regiment of the LPR did a brilliant job. Thanks to this, our special forces managed to get behind enemy lines and encircle Zolote and Gorskoye.

“Fighting in the LPR proceeds at lightning speed and the situation changes unpredictably in a matter of hours. While we were sharing the good news with you, dear brother Zamid Chalaev announced the liberation of the settlement of Gorskoye.”

We have not been able to verify the claims or the images independently.

Russia invaded Ukraine on February 24 in what the Kremlin calls a “special military operation.” Today marks the 121st day of the invasion.

On Thursday, June 23, the European Union approved Ukraine’s application to become a candidate for admission to the bloc, which is currently made up of 27 countries. The decision has been hailed in Brussels and Kyiv as a “historic moment,” with President Zelenskyy saying that “Ukraine’s future is in the EU.”

The head of the International Energy Agency, Fatih Birol, warned Russia might stop supplying gas to Europe this winter. Several European countries have already received less Russian gas than expected in the last few weeks, with European imports of natural gas from Russia dropping from approximately 40 percent to 20 percent.

US intelligence has revealed that Russia is mining the Black Sea ports of Odesa and Ochakiv to throttle Ukraine’s ability to export grain.

Russia conducted an anti-ship missile exercise in the Baltic Sea amid escalating tensions with NATO member Lithuania after the country blocked the transit of some goods to the Russian exclave of Kaliningrad.

Iryna Vereshchuk, Ukraine’s Deputy Prime Minister and Minister for the Reintegration of the Temporarily Occupied Territories, has urged locals in the Kherson region to evacuate, to help Ukrainian forces “deoccupy” the area.

Ukrainian officials have said there are currently no safe towns for civilians in the Donetsk region of eastern Ukraine as fighting intensifies.