The footage was obtained from the 30th Mechanized Brigade of the Ukrainian Armed Forces, on Wednesday, June 2.
By Joseph Golder June 24, 2022
Facebook
Twitter
Linkedin
Email 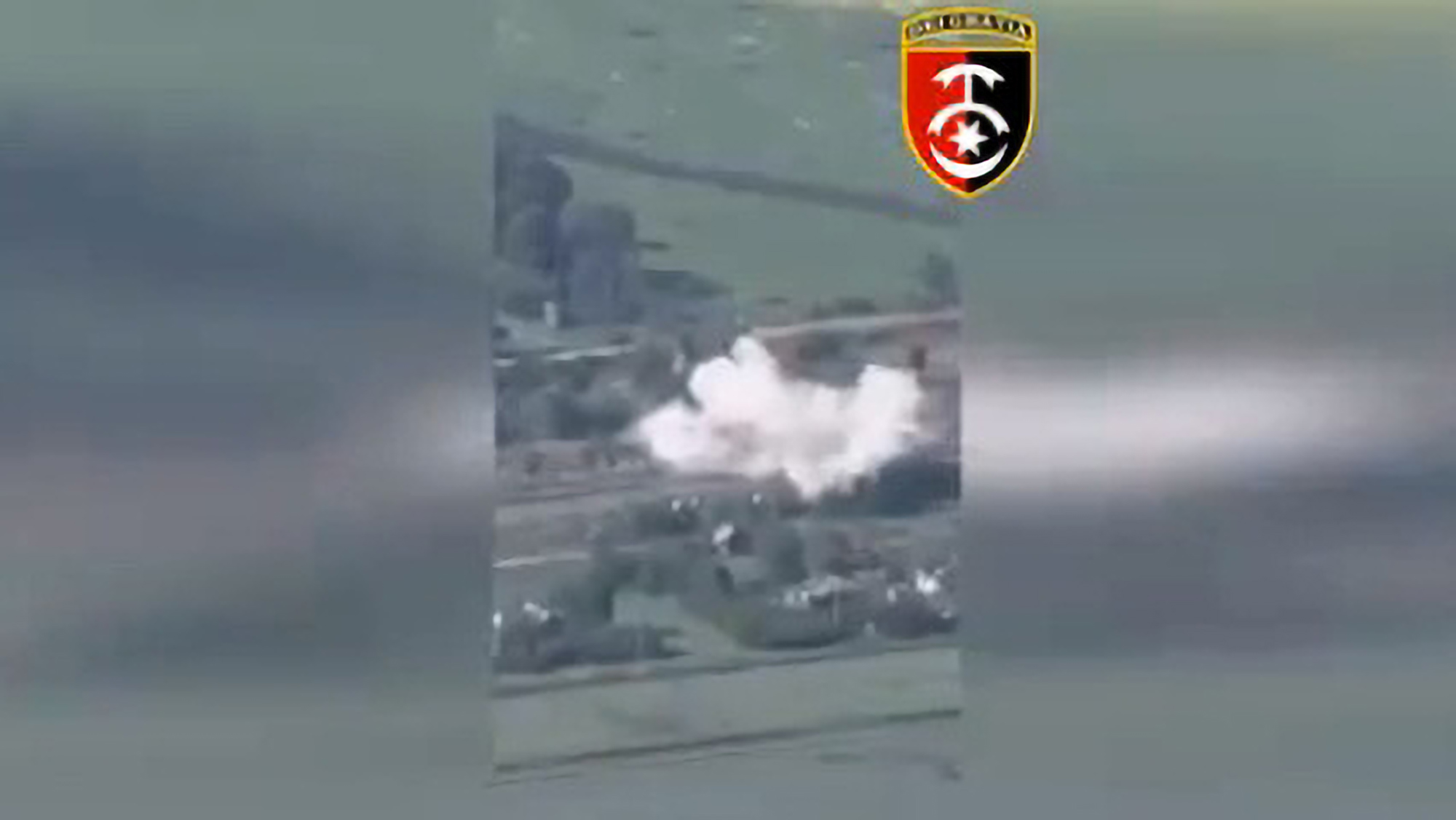 These images reportedly show a Ukrainian tank brigade taking out Russian military vehicles and soldiers in trenches on the front lines in eastern Ukraine.

The footage was obtained from the 30th Mechanized Brigade of the Ukrainian Armed Forces, on Wednesday, June 22, and they said that they were “expelling racists from Ukrainian soil.”

The footage was also relayed by the Strategic Communications Department of Ukrainian Armed Forces.

But Lithuanian Prime Minister Ingrida Simonyte has accused Russia of lying about the blockade, saying that people are still able to travel between Russia and Kaliningrad and that the blockade only affects one percent of goods.

British intelligence has claimed that the pro-Russian and so-called Donetsk People’s Republic (DPR) may have lost about 55 percent of its original forces.