The images and a statement were also relayed by the Strategic Communications Department of the Ukrainian Armed Forces.
By Joseph Golder June 24, 2022
Facebook
Twitter
Linkedin
Email 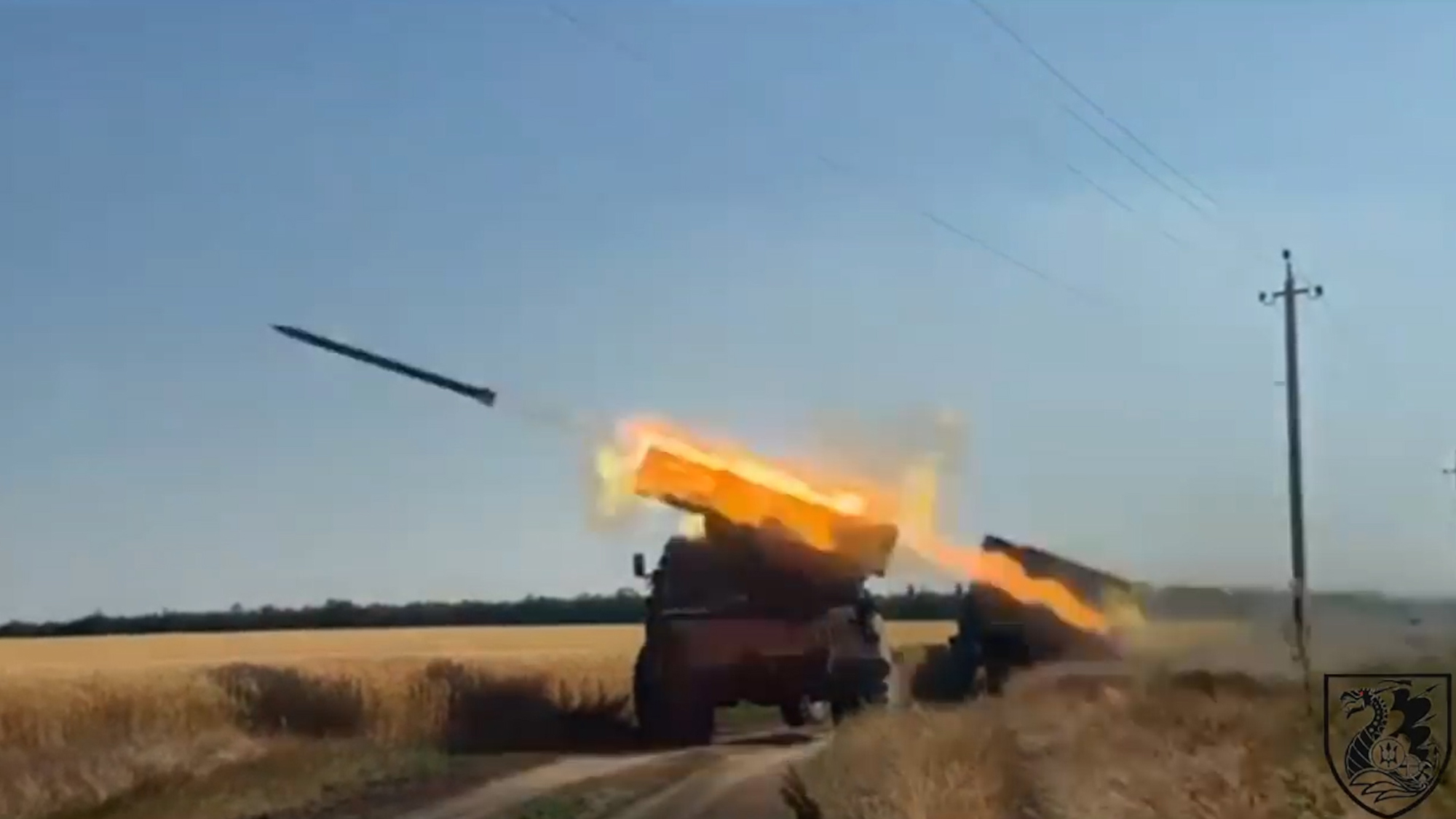 Destruction of Russian military forces near Nikolayevshchina in Ukraine. (@36obmp/Zenger)

These images reportedly show Ukrainian Marines pummeling Russian positions with artillery before joking about how the “occupiers” were being hit by “thunderstorms” and “hail.”

They added: “Artillerymen of the 36th Separate Brigade of Marines named after Rear Admiral Mykhailo Bilynsky say that uninvited guests have already arrived, and more than once.”

They signed off by saying: “Good, isn’t it?”

The images and a statement were also relayed by the Strategic Communications Department of the Ukrainian Armed Forces.

The Mykolaiv region stands between the Russian-occupied city of Kherson, near Crimea, which Russia annexed from Ukraine in 2014, and Odesa, a key port city that is strategically vital to Ukraine.

But Lithuanian Prime Minister Ingrida Simonyte has accused Russia of lying over the blockade, saying that people are still able to travel between Russia and Kaliningrad and that the blockade only affects one percent of transiting goods.

British intelligence has claimed that the pro-Russia, so-called Donetsk People’s Republic (DPR) may have lost about 55 percent of its original forces.