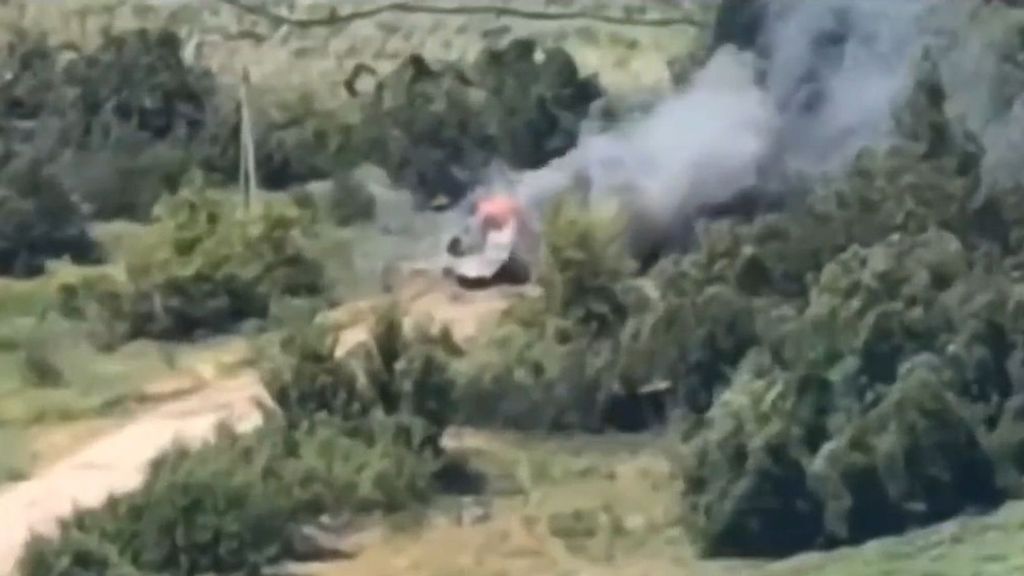 The 93rd Brigade share that they destroyed 11 units of Russian equipment in Ukraine. (@93OMBr/Zenger)

The footage appears to show multiple vehicles being hit by Ukrainian ordnance in the Kharkiv region of eastern Ukraine.

It was also relayed by the Center for Strategic Communications and Information Security, which is part of the Ukrainian government, under the Ministry of Culture and Information.

“The Kholodnoyars are firmly defending the Izium area and reaffirm that the Russian army is not as powerful as their propaganda suggests.

“The Ukrainian army has a strong motivation because it protects its own land!”

Izium is a city on the Donets River in the Kharkiv Oblast region of eastern Ukraine.

Russia has conducted an anti-ship missile exercise in the Baltic Sea amid escalating tensions with NATO member Lithuania after the country blocked the transit of some goods to the Russian exclave of Kaliningrad.

Russian Foreign Ministry press secretary Maria Zakharova has said that Moscow’s response to Lithuania’s banning the transit of goods, sanctioned by the EU, to Kaliningrad will not only be diplomatic but also practical.

British intelligence has claimed that the pro-Russian and so-called Donetsk People’s Republic (DPR) may have lost about 55 percent of its original forces.