The images were obtained from the Russian Ministry of Defense (MoD) on the evening of Wednesday, June 22.
By Joseph Golder June 24, 2022
Facebook
Twitter
Linkedin
Email 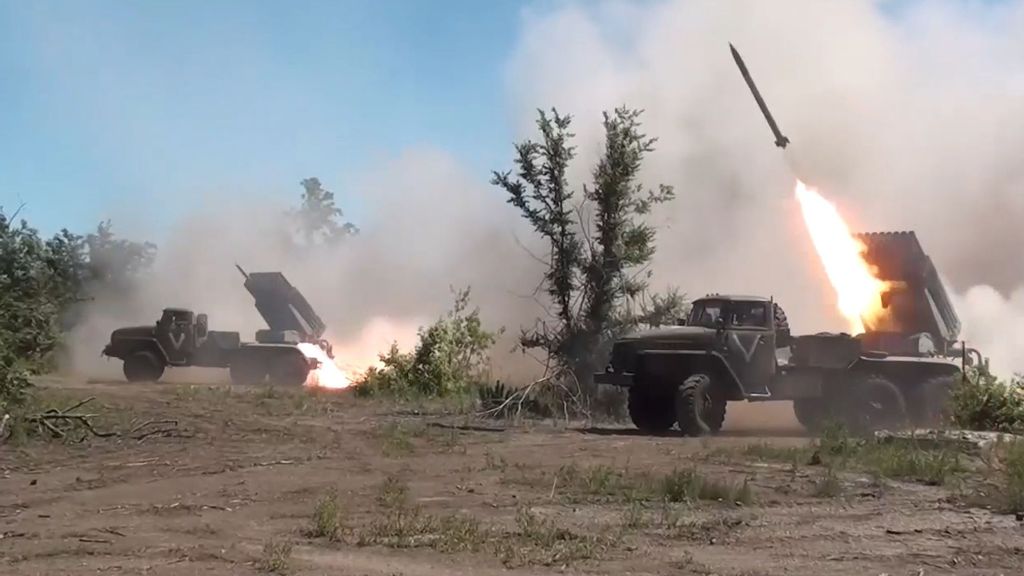 The artillery of the RF Armed Forces strikes at the positions of the Armed Forces of Ukraine. (Ministry of Defense of Russia/Zenger)

The images were obtained from the Russian Ministry of Defense (MoD) on the evening of Wednesday, June 22, with the MoD saying that the footage shows the “combat work of artillery in the LPR and DPR.”