Bioparc Valencia has welcomed four members of the species, hoping that they will breed, thus saving the species from extinction. 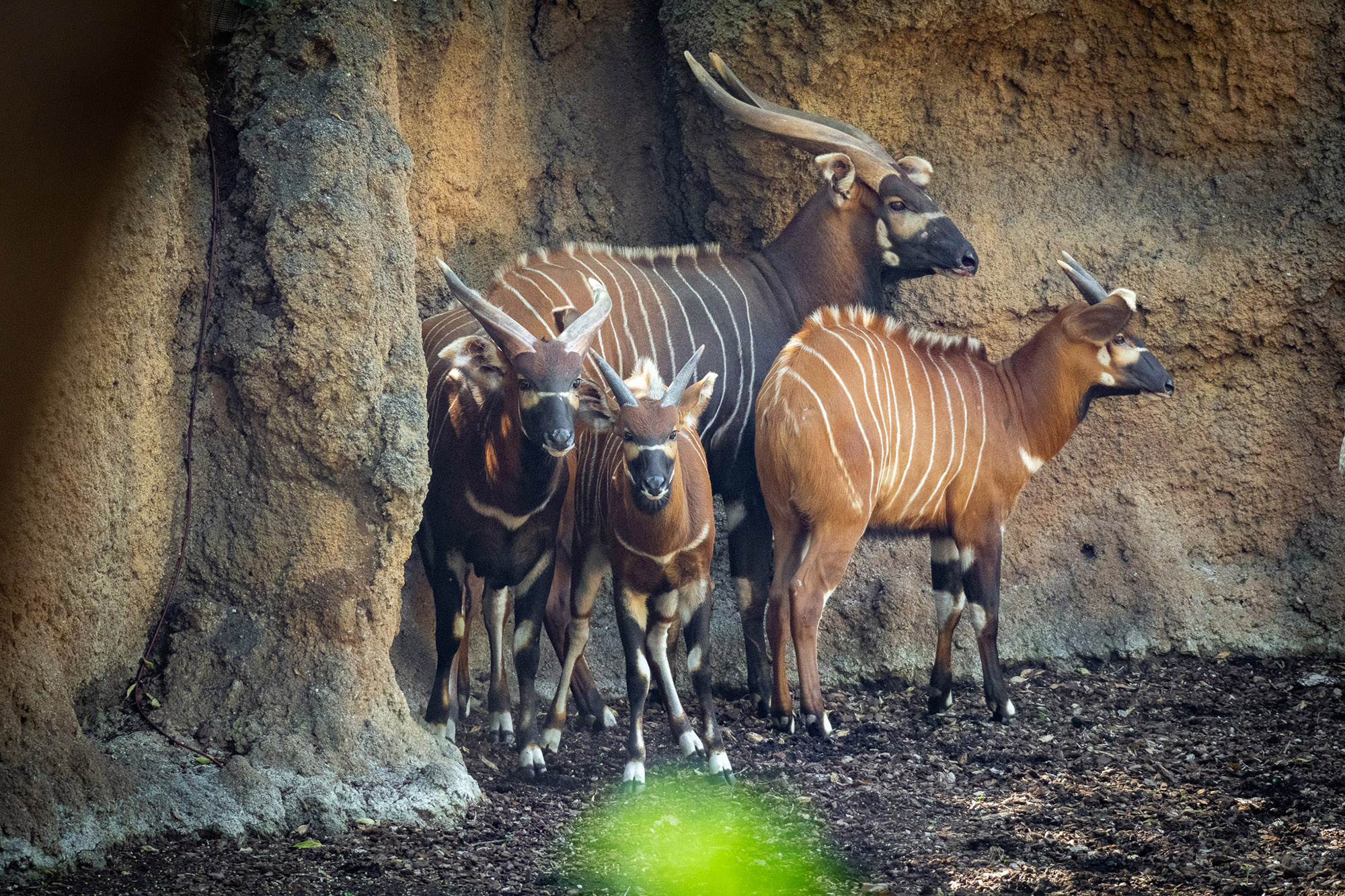 BIOPARC Valencia, in Spain, receives a group of eastern bongo, a critically endangered species with less than 100 specimens in the wild, in June, 2022. (Bioparc Valencia/Zenger)

These images show how a zoo in Spain has welcomed four members of a critically endangered species of African antelope that has less than 100 members left in the wild.

The eastern bongo, also known as the mountain bongo (Tragelaphus eurycerus isaaci) is a type of antelope that is listed as critically endangered by the International Union for Conservation of Nature’s (IUCN) Antelope Specialist Group, with less wild specimens left than there are in captivity, due to poaching and logging.

And now the Bioparc Valencia in south-eastern Spain has welcomed four members of the species, hoping that they will breed, thus saving the species from extinction.

The zoo said in a statement obtained by Zenger News on Wednesday, June 22, that it had received “a group of eastern bongo, a critically endangered species.”

The zoo said: “The eastern bongo is a beautiful antelope from Africa’s forests that is listed as critically endangered on the IUCN’s Red List.

“Its delicate situation has motivated international mobilization to guarantee its survival and for this the European captive reproduction program (EEP), in which BIOPARC Valencia participates in a relevant way, is essential.

“Since 2013 in the Valencian park, four precious calves have been born that were transferred to other centers to create new groups.

“Now the park intensifies its function with the new strategy of housing a group of males, for which it has received four bongos that form a family nucleus, since they are the father and his young offspring, between one and two years old.”

They said that the bongos had come from Germany, saying: “Coming from the Frankfurt Zoo (Germany), they can now be seen in the characteristic multispecies enclosure of the area that recreates the African equatorial forest.”

Shockingly, there are less than 100 of them left in the wild. The zoo said: “According to the latest data, the population in the wild would be around 70-80 individuals, with the aggravating circumstance that they are found in four isolated populations in Kenya.

“These figures would place it below the survival threshold. Hunting, for its meat and also for its exotic skin and beautiful antlers, as well as the destruction of its habitat, are its main threats.

“In this sense, in parallel to ex-situ conservation with breeding in parks, the work is aimed at solving these problems to stop their decline and recover their space until an appropriate environment is achieved to be able to reintroduce new animals.”

The zoo said that the rare antelope was the most endangered kind of animal on its premises. It said: “The eastern bongo is the most endangered subspecies of all those that BIOPARC Valencia hosts. For the entire team of professionals at the park, ensuring maximum well-being is, in this case, even more important knowing that each of these animals represents hope to prevent the extinction of this unknown and majestic antelope.”

The zoo also said: “It is estimated that 150 species become extinct every day, one every 10 minutes. Many of them possibly disappear before we know of their existence.

“The loss of biodiversity is one of the greatest tragedies we are facing and it is a real challenge to stop this situation.

“BIOPARCs are ‘life parks’ whose main objective is to conserve nature. And part of this work is aimed at saving endangered species from extinction.”