Moment LPR Tank Fires On Houses In Village It Is Liberating 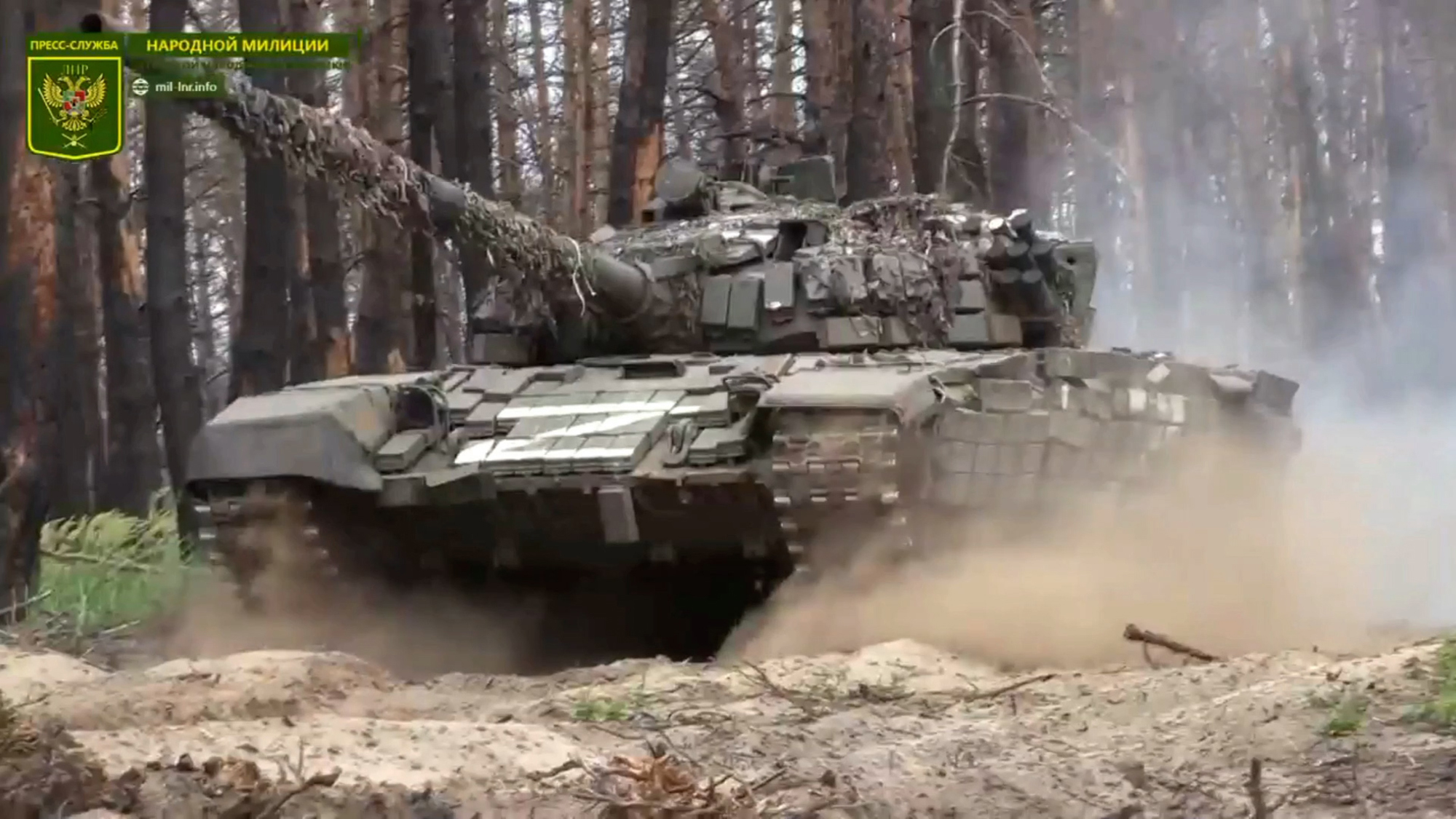 Combat work of separate tank battalion of Peoples Militia of the LPR in Ukraine. (@millnr/Zenger).

These images purport to show the moment a tank of the pro-Russia Luhansk People’s Republic fires on houses in a village that it is “liberating”.

The images were obtained from the separatist, so-called Luhansk People’s Republic (LPR) on Thursday, June 23, along with a statement saying: “The liberation of the territory of the LPR is coming to its logical conclusion.

“The servicemen of a separate tank battalion of the [People’s Militia of the] LPR are successfully moving forward, fulfilling the tasks set by the command.

“In all key areas, the tank units of the republic provide continuous fire support for the advancing units of the defense department and allied forces, hold back enemy fire, destroy protected firing points, and promptly suppress counter-offensive attempts by the nationalist units of Ukraine.”