Experiments found human cells take in fewer proteins from the vegan versions - because they are harder to absorb.
By Simona Kitanovska June 24, 2022
Facebook
Twitter
Linkedin
Email 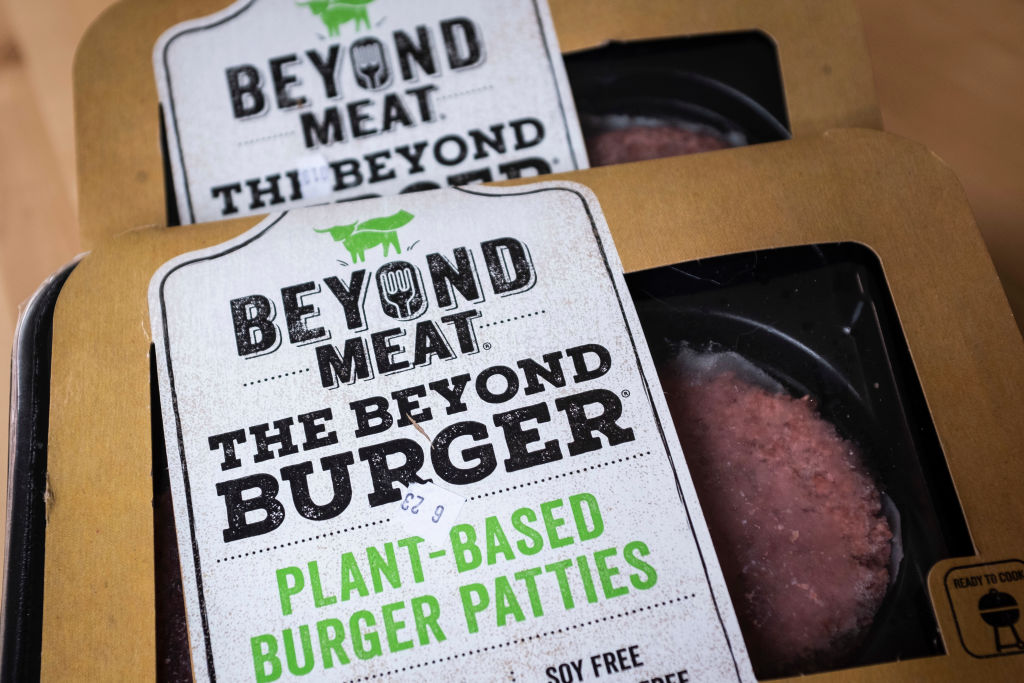 In this photo illustration, packages of Beyond Meat The Beyond Burger sit on a table, June 13, 2019 in the Brooklyn borough of New York City. (Photo by Drew Angerer/Getty Images)

Fake meat is less nutritious than the real thing, according to new research.

Experiments found human cells take in fewer proteins from the vegan versions – because they are harder to absorb.

The discovery could lead to the development of healthier products – ranging from faux fish fingers and faux ground meat or meatballs to ‘cheats’ chicken.

Corresponding author Professor Osvaldo Campanella, of Ohio State University, said: “The ever growing population on earth has increased the challenge of providing sufficient proteins from meat without compromising the ecosystem.

“Additionally, concerns about food security and the awareness of a healthy diet have shifted the focus from traditional meat products toward plant protein-based meat analogues (MAs).

“The latter contain abundant proteins and negligible saturated fat and cholesterol, contributing to a reduced occurrence of obesity and cardiovascular diseases.

“This adds uncertainty to the nutritional value of proteins in MAs unless the gap between digestion and absorption is bridged.”

Plants high in protein, such as soybeans, are common ingredients. But it’s been unclear how much of the nutrient makes it into human cells.

The American team created a model alternative meat made of soy and wheat gluten with a manufacturing machine called an extruder.

To mimic look and texture, plants are dehydrated into a powder and mixed with seasonings. Then, the mixtures are heated, moistened and processed.

They are often considered being better for you than animal flesh because ingredients are high in protein and low in undesirable fats.

But the proteins don’t break down into absorbable peptides as well. Dr. Campanella and colleagues went a step further – by comparing their meat with a piece of chicken.

When cut open the former had long fibrous pieces inside – just like the latter. Pieces of each were then ground up and broken down with an enzyme humans use to digest food.

Scans revealed proteins in the meat substitute were less water-soluble than those from chicken. They also were not absorbed as well by human cells.

Professor Campanella said: “It showed a higher hardness but a lower degree of texturization than the chicken breast.”

After simulating digestion by human intestinal cells, soluble peptides in the meat alternative had a higher molecular weight and repelled water – meaning they were less absorbable.

Meat provides all of the essential amino acids our body needs. Animal products are the highest-quality source of proteins.

It is estimated up to 3.5 million people living in the United Kingdom are vegan – around seven percent of the population.

More than a third of Britons say they are interested in giving up meat – believing that adopting a plant-based diet is “an admirable thing to do.”

The researchers now plan to identify other ingredients that could help boost the peptide uptake of meat substitutes.

Campanella said: “Improvement of the nutritional value of proteins could be fulfilled through formulation or production conditions.

“Future research centered on the comparison of protein bioavailability of meat alternatives and meat using laboratory experiments will be helpful to gather complementary information on the nutritional relevance.

“How does this change with the addition of plant oil and flavor compounds will also be worth exploring in future studies.”

The findings were published in the Journal of Agricultural and Food Chemistry.