LPR Says It Is Taking Control Of Ukrainian Trenches

The images were obtained on Wednesday, June 22, from the People's Militia of the pro-Russia, so-called Luhansk People's Republic.
By Joseph Golder June 24, 2022
Facebook
Twitter
Linkedin
Email 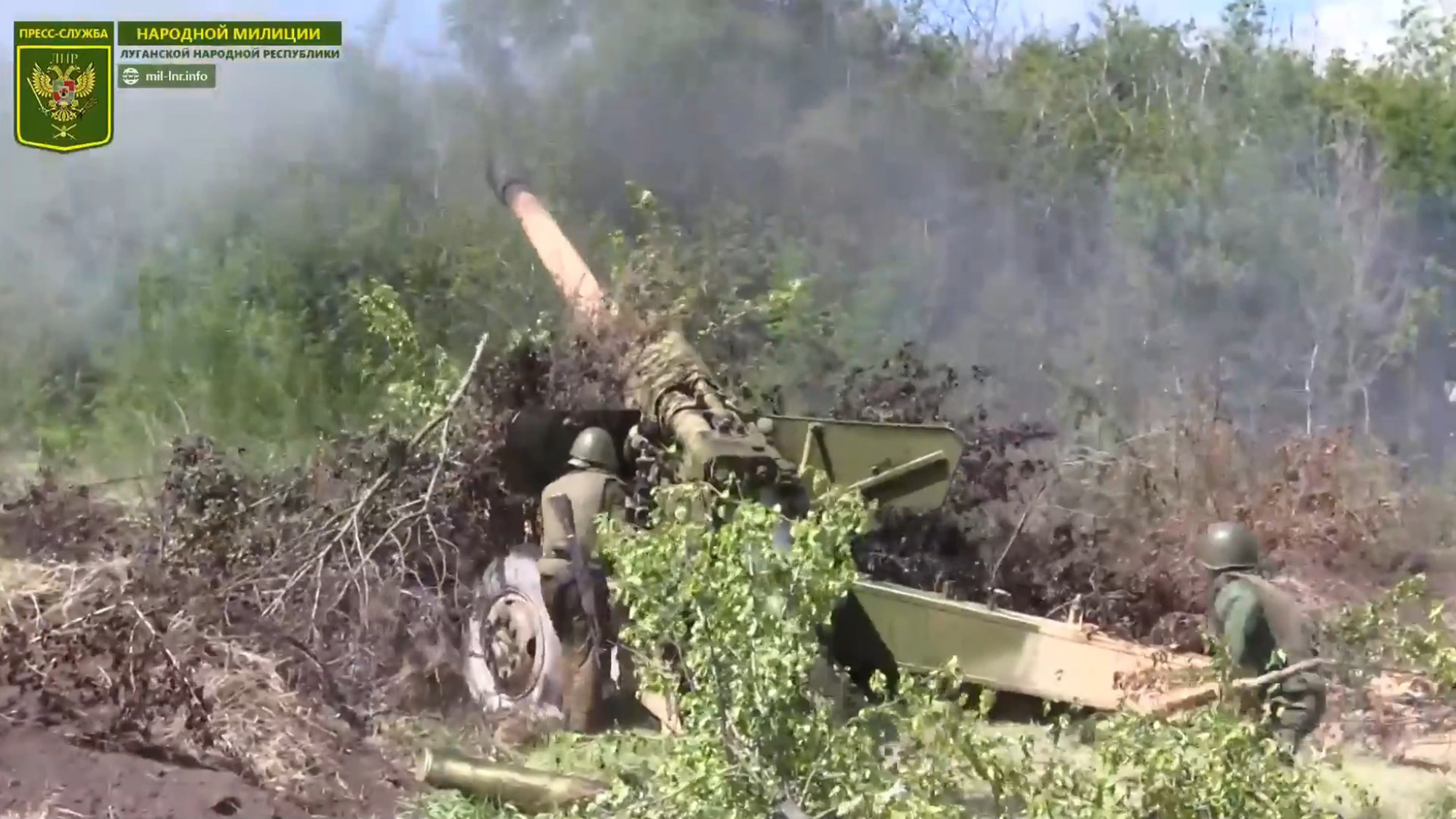 At the scene after Ukrainian forces retreating from Metelkino shelled the village taken by People's Militia of the LPR, in Metelkino in Ukraine. (@millnr/Zenger)

The images were obtained on Wednesday, June 22, from the People’s Militia of the pro-Russia, so-called Luhansk People’s Republic (LPR), who said that the footage shows how they “liberated the village of Metelkino.”

Metelkino, also known as Metiolkine, is a settlement in the Sievierodonetsk Raion area in the Luhansk Oblast region of eastern Ukraine.

An unnamed LPR spokesperson said: “The armed forces of the [People’s Militia of the] LPR continue to liberate their cities in the Donbas from the occupation of the Ukrainian nationalist army and Western mercenaries.

“After fierce fighting near Sievierodonetsk, the [People’s Militia] fighters liberated the village of Metelkino.

The spokesperson also accused the Ukrainian military of using “weapons prohibited by the Vienna Convention on Warfare.”